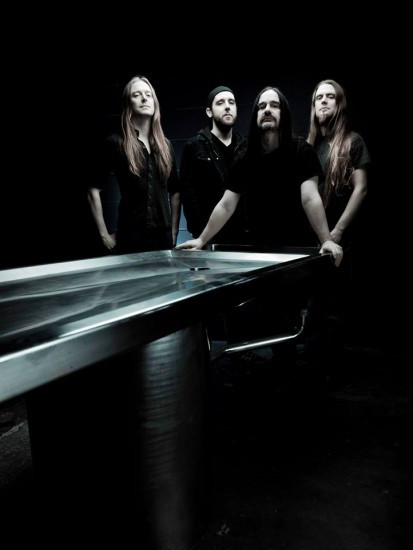 In terms of headline-making news in the global world of metal, you’d be hard-pressed to find anything with more ooomph than the news that the legendary CARCASS will be releasing a new album this year, their first in 17 years. The album, Surgical Steel, will be released by Nuclear Blast this fall.

Today, the first track from the album leaked. It surely won’t be up on YouTube for very long, so you might want to catch it ASAP. The name is “Captive Bolt Pistol”. I doubt I can completely separate my reaction from the fact that this is a new Carcass song, but it sounds sweet to me. It’s more on the Heartwork end of the band’s musical trajectory, which is to say melodic death metal, and that might disappoint some really old-school Carcass worshippers, but it’s still got a cutting edge and I do like that guitar solo.