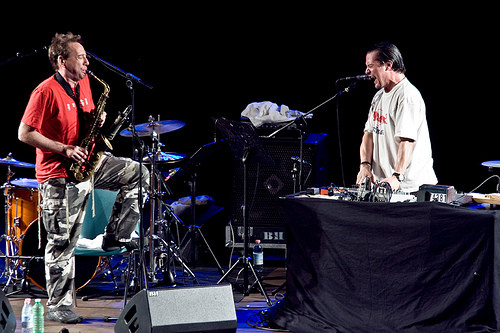 So, this has been a long run-up to the main reason for this post, which is to show you some videos from the Patton-Zorn collaboration at Barbican last night. All four apparently feature music from Zorn’s album Templars: In Sacred Blood, with the composition again being performed both on the album and last night by the Moonchild Trio. What Patton does with his voice blew my shit away. The experimental music is also very cool. I think I need to track down this album. Watch and listen next.

To learn more about Zorn@60, check out this article.

3 Responses to “THE GENIUS OF MIKE PATTON + JOHN ZORN”