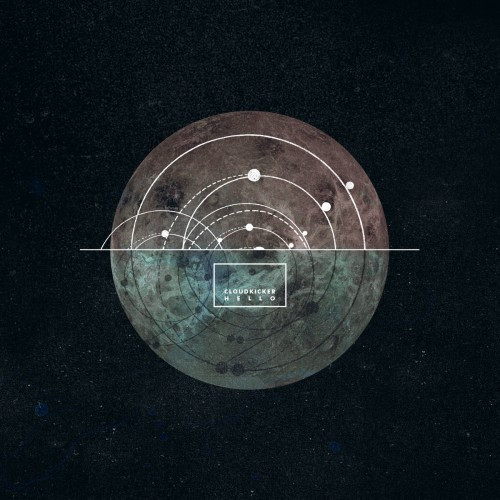 Cloudkicker is one of those projects that people really should know more about. At this point, one-man band Ben Sharp has taken this project beyond being interesting for just guitarists and moved into a realm where people who love music generally should have a couple of his releases. Especially when he’s been kind enough to put out his material for free and then offer up some beautiful physical packages later on. He’s also got quite the varied discography at this point, writing music that was technically impressive and then moving into an area that is very ambient and ethereal.

I think he hit a major high point with 2010’s Beacons, which is one of the few instrumental discs I can do front to back without getting bored, and then reached it again with the recent Fade. Both discs represent two different eras in the Cloudkicker history, and way earlier this year he put out a single song called Hello that falls right in line with the mastery he displayed on Fade. Some folks may think it ridiculous that six months out we finally decide to discuss the song, but Hello is a powerful bit of music that travels further into the ambient realm than this project ever has before. On top of that, it contains slight elements of drone to create a warm and inviting song that, cliched as the description is, you can get absolutely lost in and just drift. 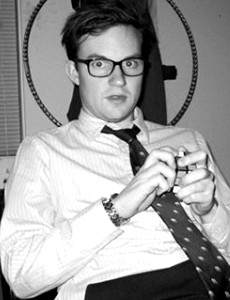 Hello is built upon a simple foundation of letting a warm, distorted guitar echo throughout it’s ten-minute span. It makes the base of the whole song, and the constant, repeated guitar chords seem to echo across space itself – building a huge layer for the listener to traverse upon. It’s a common trope amongst drone and doom genres and it commonly crosses over into more ambient genres as well. Cloudkicker had hinted at stuff like this with “You and Yours” off of Let Yourself Be Huge, and many of the longer songs on Fade carried the torch as well. What Hello adds is a constant, pulsating beep that outside of the music could probably be heard in deep space exploration programs, but it slots right into the song.

Since the song is named Hello it’s already telegraphed somewhat that in the midst of this wall of guitar that Cloudkicker builds up, you’re being sent some sort of a message. It may be reading too deep into it, but the whole song feels constructed around the idea of drifting through space and coming across this constant pulse of sound – it’s a very hypnotic experience, and the fact that I’m fascinated by astronomy probably helps slots this thing right into my brain. It’s also perfect as writing music, just something to pop on in the background and let fill the room.

We may have brought up Hello’s existence before, but I’ve found myself in a bit of a pensive mood lately, and basically everything since Beacons has been perfect for those sorts of introspective moments. It’s the type of song that can really signal where an artist is. Once again, it feels like creator Ben Sharp is one of the few people out there who have figured out how to give a guitar a voice, without resorting to endless technicality. You could probably build a whole disc around the ideas presented in Hello, but as an exercise outside of any longer releases, it holds together incredibly well. It’s like a ten-minute dream, you can put it on and not even notice time passing right by you, especially once the guitar has fully presented itself as the spine of the song.

If you haven’t listen to Cloudkicker yet, there’s a ton of material available now, and Hello is one of the best things he’s done. If you have and you’re like me – where you downloaded Hello way back in January when it was released and yet never got around to listening to it, you need to do so. The hypnotic, pulsating aspects of the song really can put you in a meditative state. It’s a journey I wish I had made a hell of a lot sooner.