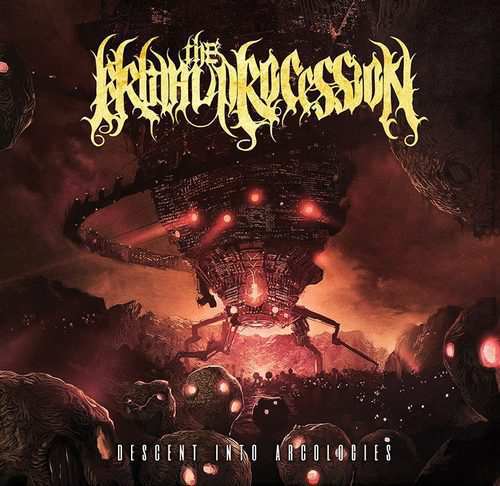 There, now that I’ve cleared the room, the rest of us can talk privately.

I suppose that first line was like a red rag to a bull, or a canary in a coal mine (some sort of metaphorical animal anyway), to some people. Priming their rage, or warning them off, well in advance.

It was, however, also a little bit misleading. The (now sadly defunct) French band generally err closer to the “Death” than the “core” side of the equation, and their first album Astronomical Dimensions was a veritable kick in the teeth of bone-crunching Behemoth bludgeon and gruesome Whitechapel groove, with some fantastically menacing symphonic flourishes.

There’s still enough stylistic elements, if you’re a genre-Nazi like me, to stick the band with the “Deathcore” tag – despite the fact that a certain proportion of their fanbase is insistent on referring to them as “Progressive Death Metal”. But for me there’s no shame in being “Deathcore” when your material is this strong and your album itself provides a compelling argument for the existence of the style! 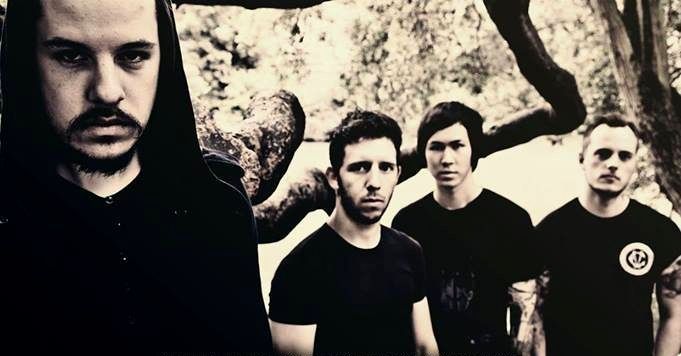 The album’s biggest flaw really is that it’s just a tad overlong. And, with their impending dissolution, there’s a sense that the band included a wealth of material out of a sense of finality and completeness, when in fact the album as a whole could have benefited from some judicious pruning here and there.

It starts incredibly strongly though, with the overpowering vocals and slithering, leviathan grooves of “A Paradoxical Utopia” and the technical twists and turns of “Subterranean Abomination” providing a vicious one-two punch of prime metallic aggression that positively bristles with seething anger and discontent.

The apocalyptic malevolence of these two tracks is a testament to the song-writing abilities of the French filth-grinders, melding cutting-edge modern death metal power with ominous, cinematic synth lines. The vocals though are perhaps the band’s secret weapon, incredibly brutal yet utterly emphatic in their hateful exhalations.

The symphonic darkness and brain-melting intensity of “Divine Enlightenment” continue the album on another high note, eerie piano progressions and chilling lead lines winding through a chaotic cavalcade of crushing riffs and torrential, blasting drum work

The obviously earnest, yet somewhat jarring, opening of “Lethal Miscalculation” soon gives way to a Behemoth-meets-Hour-of-Penance assault of blazing drums and hammering, mechanical riffs, shot through with lightning-bolt explosions of scintillating lead work. In slight contrast to this, “Exhume The Cult” leans a tad more towards The Price Of Existence-era All Shall Perish in sound, albeit with increased death metal intensity and smatterings of symphonic majesty, and should provide a welcome relief to those distressed by ASP’s recent dumbing down of their sound.

The raw-nerve aggression and kerb-stomp grooves of “Process of Illumination” provide the perfect backdrop for Garner’s cataclysmic vocal paroxysms, while also allowing breathing space for some evilly melodic lead refrains, leading up to a fantastically brutal and unforgiving conclusion.

So far so good.

Unfortunately the album stumbles a little at this point. The band attempt (and succeed, to an extent) to introduce some diversity into the album with a series of tracks which – despite not being weak songs in themselves – threaten to derail the album’s devastating momentum.

The instrumental track “A Solar Symbiosis” allows the band to show off their more melodic side (along with some nifty bass work), but ultimately doesn’t quite fit right, and at almost 8 minutes in length its Decrepit Birth-esque sci-fi vibe is a space odyssey too far.

The plodding “Birthing Of The Sick” doesn’t exactly pull the record back on track either, coming across as a rather tame Whitechapel b-side augmented by some ill-suiting keyboard embellishments.

“Trapped In Hell” is a killer track, there’s no doubt about that – with a brilliant mix of brutally efficient, semi-mechanical guitar work and impeccably catchy chorus riffage – but the more overtly melodic aspect of the music still puts it somewhat at odds with the album’s initial burst of stunning savagery.

Thankfully “Pathological Enslavement” is where the album really finds its groove again. Its rampant, sand-blasting pace, slithering riffage and gut-wrenchingly visceral vocals power straight on into “Universal Secrecy” which, despite a relatively derivative opening (all flashy sweeps and petulant aggression, lacking in any distinctive style or real substance) soon finds a voice of its own, armouring its more chaotic deathcore tendencies in a ten-ton, bone-plated hide of rhythm-crushing death metal.

“Summoning Warmongers” is a highlight of the album’s second half, with its razor-wind drum work and skittering, electro-shock guitar attack – melding blast-driven frenzy to slow-burning, slab-heavy riffs – augmented by a molten shroud of  atmospheric keyboards, filling the cracks in the band’s armoured shell with sheer symphonic malice.

The album’s final track, “Coalescing Destinies”, is something of an anti-climax after this. Its initial impact is undeniably weaker despite some often-impressive scattergun drum work and elusive, twitchy riffs. A slightly disconnected and excessively melodic lead part sets up an unusual intermission of smooth, bluesy rock and roll that aims for Cryptopsian weirdness, but settles for unconventional bar-room boogie, before dropping back into the song’s spiky, if uninspired, tech riffage. Despite all this, the transition to a more melodic, meditative style about 3/4s of the way through is both an unexpected, and pleasant, surprise, providing a more organic change of pace that allows the track to conclude on definite high note.

So there we have it. Something of a flawed gem of an album, all in all. After an incredibly strong start the record loses its way somewhat after about 6 songs, but eventually rallies again to return to its impressive early form.

Structurally, it’s over-long, failing to self-censor its own over-zealous ambitions, which causes the album to stagger and lose its momentum a bit, but when it’s on form (and let’s be honest, it’s on form for a good 85-90% of the time) it’s a near-perfect display of uber-mechanised deathcore and hyper-modernised death metal, augmented by some stupendously evocative and well-realised symphonic embellishments.

Death Metal. Deathcore. Or something in between. This particular rose by any other name would still be just as devastating, and serves as a fitting epitaph to the band’s annihilating brand of musical genocide.

EDITOR’S NOTE:  The album is out now and available on iTunes. It can be streamed in full at this YouTube channel. Here are a couple of tracks:

8 Responses to “THE BRIDAL PROCESSION: “DESCENT INTO ARCOLOGIES””