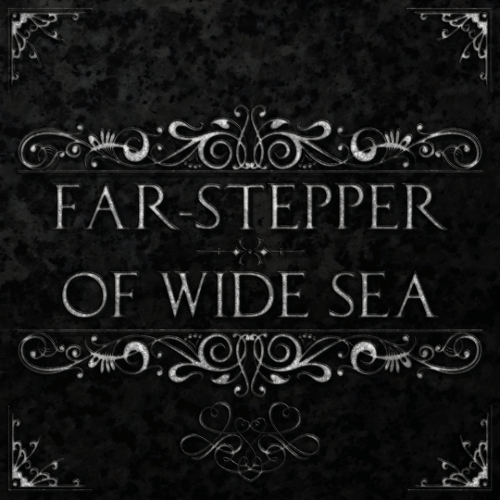 (DGR reviews the swansong album by England’s Returning We Hear the Larks.)

Returning We Hear the Larks was one of the many guitar projects that really gained steam in late 09/early 2010. The brainchild of one young guitarist Jak Noble, it first came to my attention as one of the many solo guitar projects that were then being released for free. Come to find out, I was ridiculously late, as this specific train had long since left the station and kicked a whole slate of material out from the then still-new concept of a bedroom guitar prodigy’s studio.

Yet, there I was, checking in with the disc Ypres, which dealt with a famed World War I battleground. The music was decidedly djent, but something about it really caught my attention. Maybe it was that Jak had already developed an amazing sense of ambience and was using it to build pictures with sound – managing a very difficult feat of making the music actually evoke something.

Maybe it was partially the note he attached to the disc about how he had lost it at said battleground and felt he had to do something with the rush of emotion that hit him. I always felt that specifically suggested that Returning was something far deeper and more mature than simply another multi-string dick-waving affair.

When he turned around and added vocals to the next release, an EP known as Proud England, I found myself initially skeptical, but surprisingly it worked out. Jak proved to have quite the set of lungs on him, for a good, harsh high scream and a decent low. Little bit of an awkward singing voice, but nothing so offensive as to subtract from the excellent music underneath.

Another thing that differentiated Returning from other groups of similar ambition was that Jak never made it as prolific as other projects. Some serious time passed between his previous Returning release (the single Line-Trap) and this one, 2013’s late-June release, Far Stepper/Of Wide Sea. Given my childish gushing about this project in the opening you’d better believe that I was excited about this one. 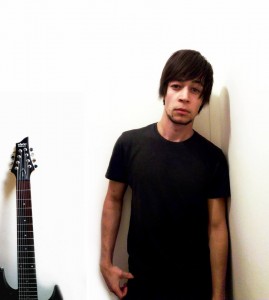 I’m happy to report, too, that even though Far Stepper/Of Wide Sea is the stated last Returning We Hear the Larks release, it is a hell of a disc to make an exit on. It’s easily the most mature, progressive, and heavy album that this project has put out to date.

Far Stepper/Of Wide Sea is a concept disc that tells the story of the three Gorgon sisters of Greek mythology. As someone who is familiar with a tad of Greek mythology, I can tell you this: The story of the Gorgon sisters, like much of that realm of mythology, is kind of fucked up. Depending on which translation you’re working with, the Gorgons can be presented as very sympathetic characters – as opposed to the usual portrayal of them as straightforward blood-thirsty demons with snakes for hair.

The album is only six tracks long, but each one is pretty goddamned lengthy, with the prologue alone taking up over nine minutes of time. For those who prefer the instrumental side of things, three of the songs are solely instrumental (and there’s also an instrumental version of the whole disc), but the concept of the album is spelled out through lyrics and narration.

Jak’s vocal contributions alternate between spoken word, some really good-sounding low bellows, and some viciously sharp highs. He’s recruited a singer from Philadelphia by the name of Lauren Krukiel to provide a softer edge to things, and she’s a very good overall addition to the music. She does a lot of the narration, too, but also contributed different melodic lines to the overall CD — and you can tell that things are about to get seriously dark the moment things switch form her back to Jak. I think she may have an even split in regards to vocal duties, too, because she appears consistently throughout to reprise the voices of certain characters and refrains from previous songs. I think she did a hell of a job on the prologue track, especially since she’s the first voice you hear before the song actually punches in and blasts your eardrums.

Returning We Hear The Larks still has some heavy djent elements (as many of the one-man projects who originated at that time do), and the whole release does groove really hard. But it tries a bunch to get out of being labeled as one specific thing, and there’s still some solid-as-hell headbanging to be found.

The whole stuttering riff that makes up the latter half of the first track has to be one of the most headbangable songs since Meshuggah’s “Bleed”, and I’m a really big fan of how huge much of “Prologue: Stheno; Slain By The Hand Of Gods” sounds. I can actually see that song getting a bunch of repeats on its own because it shifts through so many different moments, especially toward the end when the whole thing soars to crescendo with Jak screaming over Lauren’s singing and the guitar being picked away as fast as can be, with some serious echo effect. It’s hard not to get a rush out of that bit. 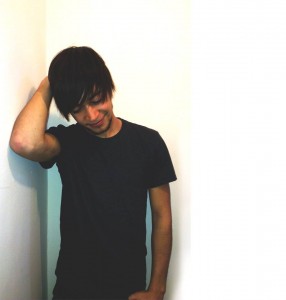 Far Stepper does a lot with what was set up in the opening segments of the disc, always building and complimenting it with things like piano to slower passages that could bring to mind funeral doom with him growling over it. Considering what is taking place within the mythology at this point, he does a very good job conveying through music the sort of chaos that occurs in the story.

Things shift again though, once we reach Medusa and what happens to her. At that point, more Mediterranean instruments and melodies are introduced into the experience, along with a low, downtuned, guitar chord that just suffocates everything. It’s used multiple times on top of a different groove riff before the music descends into speed sections as Perseaus arrives to slay Medusa and take her head. The atmosphere intensifies, because the story is all described from the viewpoint of Euryale (who is our filter for most of the disc). She has to sit and watch, while putting up a relatively hopeless defense.

Despite all the talking about guitars and exotic instruments, the composition throughout the album, save for a couple of moments, is relatively spare – sometimes it sounds as if only three instruments are being used at any one time. It serves well though, because if you love one instrument, it will have solid moments in the spotlight as well as times within the middle where it becomes the spine of the song. The drums, for instance, actually define many of the grooves within the first half, and then you get some heavy bass (or a seriously heavy downtuned guitar) toward the latter end. Considering Jak played all of the instruments, I won’t have to do the usual roll call of musicians other than saying, “Hey guys, the dude behind Returning We Hear The Larks and one-half of Red Horizons is a really good musician”.

It’s bittersweet that this is the disc that Jak has decided to send the Larks project out on, because goddamn, is it good. It takes an epic tragedy and makes an epic CD out of it, one that almost transcends the genres that it plays with. It’s the type of album that really gets people excited about the future of a band, but since there won’t be another one you really have just this one moment, where all the stars aligned. 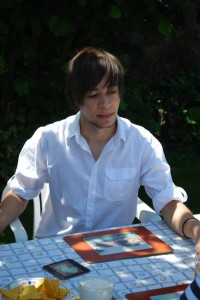 Jak has said that he has a couple of projects going and we’ll be hearing something soon, so that is exciting. But this sort-of concept disc is the brightest light this project has ever had. I’d recommend Far Stepper to just about everyone, and the fact that both the instrumental version and the regular one are free makes this the easiest recommendation I’ve ever made. You lose nothing but time downloading, and it’s so worth it.

For me, this album has been on constant spin since the moment it came out, and it’s been difficult to try and smash out a review because I just keep going back to it. It could ruin a top-ten list because it’s such a dark horse, and to be honest with you, the happiest of surprises. It may be bittersweet, but it is still a massive, hell of a send off for a project. Whatever Jak Noble does next, if it’s half as good as this, it’ll be completely worth listening to.

EDITOR’S NOTE: Jak posted this recent note on the Larks Facebook page: “Make sure to keep your ears open, as I’ll be releasing a collection of unreleased/underground demos soon, as well as a covers album before I put Larks to rest for good.”

Here’s Far-Stepper, via both the Bandcamp player and YouTube