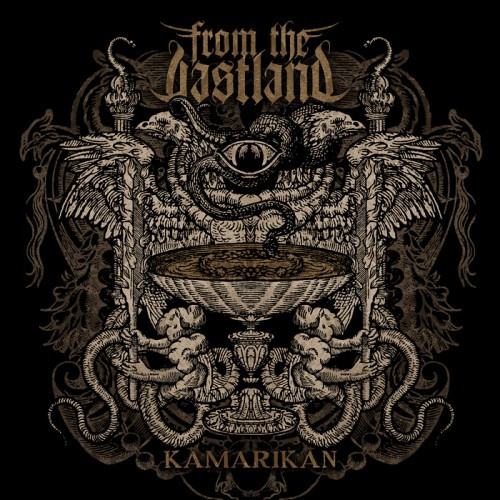 (In this post Andy Synn reviews the second album, released earlier this year, by Iranian one-man project From the Vastland.)

When it comes to writing about albums from further afield – in particular those somewhat removed from the terrifying hegemony of Western imperialism (cue scary music) – there’s an occasional tendency for reviews to offer up the sort of opinions that are ultimately damning with faint praise, in the guise of being positive and supportive.

All too often I’ve seen reviewers focus on the “hardships” or “difficulties” of being a metal band from a country where the political or religious climate is far from conducive to it, to the extent that the actual quality of the musical output is considered only as a secondary factor.

Now I’m not saying that Metal should be a genre confined solely to the privileged few of the First World, but what I am saying is that excusing an album’s lack of quality because of its creators’ circumstances is akin to saying “that was good, for a girl” – condescending and ultimately unhelpful. You shouldn’t write a review if you have to lower your standards to give it a positive appraisal. It does everyone involved a disservice.

Thankfully, there’s no such issue with Kamarikan, which is a nasty little phenomenon in its own right. I just felt it was something to bear in mind for the future. 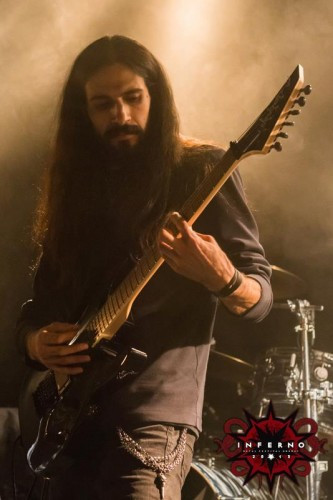 Hailing from Iran, it’s undeniable that From The Vastland mastermind Sina has faced challenges that we here in the West simply haven’t faced in trying to get his music out there. The fact that his chosen medium of expression is a particularly blistering form of savage Black Metal probably didn’t make things any easier either!

Kamarikan is From The Vastland’s second full-length album, following on from 2011’s similarly awesome Darkness vs Light, The Perpetual Battle. Once again Sina composed and performed all the instruments on the album himself, resulting in seven tracks of darkly evocative, wickedly inventive blackened brutality.

Throughout the album’s 43 minutes and change run-time you’re treated to a truly vicious array of razor-sharp riffs, savage vocals, and some genuinely cataclysmic drum work, taking the necrotic Black Metal aesthetic and reinvigorating it with a welcome sense of freshness and vivid passion.

The album’s seven songs average out at around a little over 6 minutes in length (some longer, some shorter) and run the gamut from flesh-tearing whirlwinds of sound, to slow, destructive dirges of bleeding malice.

The carefully composed chaos of “The Ahriman Wizard” melds needling, high-end tremolo guitar work to a bleak atmosphere of cold desolation, while “Call Of The Mountain Battle” is an avalanche of ravenous riffs crowned with a titanic, doomy mid-section. 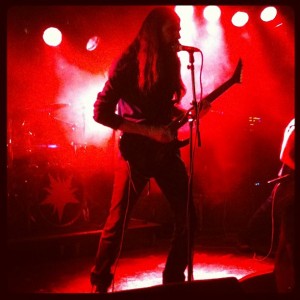 “Darkness All Over The World” is pure misanthropic mayhem, a furious tumult of hammering drums and piercing, hook-filled riffs with an undercurrent of truly mournful melody, followed by the album’s title-track,  a remorseless assault of hypnotic riffs and punishing, perfectionist rhythms, capped off by a truly demonic vocal performance.

The crawling menace and venomous vocals that begin “Night Sentinel” set the stage for a rushing torrent of searing, lightning-fast guitar lines which build and build towards a fantastic conflagration of dark majesty, descending back into shadow before the cadaverous vocals, catastrophic drums, and colossal guitars of “Realm Of The Cadaver Sovereign” erupt into magnificent, monstrous life. With its brooding bass-lines and moments of chilling clarity it stands out as perhaps the highest highlight in an album that never dips below excellent.

The album concludes with “Vortex of Empty Cosmos”, a downward spiral into dissolution, riding on the back of a brace of thrumming, electric tremolo runs and a rock solid backbone of thunderous, pummelling drum work whose sheer intensity masks a subtle intelligence behind the madness.

Perhaps the underlying strength of this album – the one that serves as a foundation for everything else to be built on – is how it manages to feel like a full and well-rounded band composition, instead of simply a one-man vanity project. As with all the best of these sorts of one-man affairs, Sina injects each instrument with its own style and sense of character, paying careful attention to the balance of power as it flexes and fluctuates.

Though the ravenous riffs and scything tremolo guitars ultimately rule the roost, there’s no sense that the drums, bass, or vocals, exist purely to serve them. Each part, each instrument, has a life of its own and a place in the greater whole. As such, the whole album feels infinitely more cohesive, each song brimming with a dark, malevolent life.

Most importantly, there’s not a weak track, or even a weak moment, to be found here. Every song provides an instantaneous shot of pitch-black poison, while tantalising the listener with its addictive hooks and uncharted depths.

The whole album is a stunning demonstration of blinding metallic intensity and rabid, visceral passion which recaptures the frenzied integrity of the early days of Black Metal, but with a fire and ferocity all its own.

EDITOR’S NOTE: Kamarikan is out now on CD via Norway’s Indie Recordings and it’s also avalable on Amazon mp3 and iTunes. This year, From the Vastland performed at Norway’s Inferno Festival, with quite an impressive cast of session musicians on stage with Sina: guitarist Destructhor (Myrkskog / Morbid Angel), drummer Vyl (Keep of Kalessin / Gorgoroth), and bassist Tjalve (Pantheon I / 1349). Their participation can be taken as a sign of respect.

3 Responses to “FROM THE VASTLAND: “KAMARIKAN””