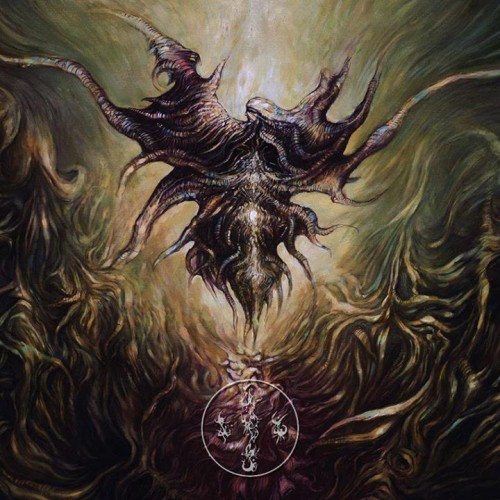 It’s another long one, though in the music of Ævangelist, time is an important ally. “Abysscape” is a dense, bottomless, indigo whirlpool of doom, made for immersion. Immense grinding guitars match up with immense, horrific vocals and stunning drumwork. Alien keyboard melodies call out like the cries of homeless souls. The ravaging music alternately storms and drifts. You look into the void, and “Abysscape” is there, looking back at you.

I fucking can’t wait for this album. 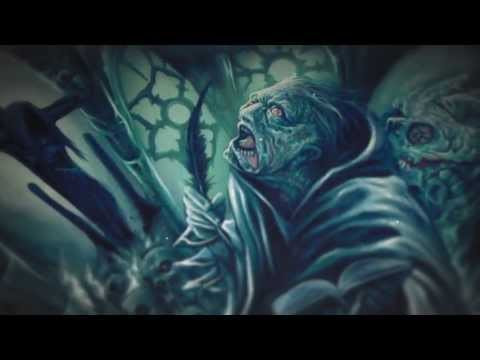 The Ruins of Beverast is a one-man project of Alexander von Meilenwald, a German multi-instrumentalist and vocalist who formerly was the drummer of a now-defunct band named Nagelfar and has also been involved with other bands as a live member and session musician. In May of this year I learned that Ván Records would be releasing a fourth Ruins album named Blood Vaults (The Blazing Gospel Of Heinrich Kramer). At that point, one long track from the album (“Malefica”) was available on YouTube, and it blew me away (the song and a post about it can be found here). 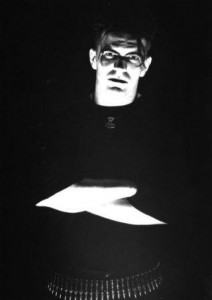 Yesterday, a second track appeared, along with this additional info about the album: It will become available in September and it was composed as a single work lasting 78 minutes, consisting of 3 parts and divided into a total of 9 songs. With a little web sleuthing I also learned that Heinrich Kramer was a 15th century German clergyman who was the principal author of the Malleus Maleficarum (“Hammer of the Witches”), a treatise on the prosecution of witches. According to The Font of All Human Knowledge:

“The main purpose of the Malleus was to attempt to systematically refute arguments claiming that witchcraft does not exist, to discredit those who expressed skepticism about its reality, to claim that witches were more often women than men, and to educate magistrates on the procedures that could find them out and convict them. . . .

“The Malleus Maleficarum asserts that three elements are necessary for witchcraft: the evil-intentioned witch, the help of the Devil, and the Permission of God. The treatise is divided into three sections. The first section tries to refute critics who deny the reality of witchcraft, thereby hindering its prosecution. The second section describes the actual forms of witchcraft and its remedies. The third section is to assist judges confronting and combating witchcraft.”

I’m curious whether the structure and theme of the Ruins album connects in some way to the Malleus Maleficarum. That’s at least suggested by the titles of the songs that have appeared so far. The new one is named “Ordeal”. It’s a rolling blast of thunder, solemn female chants alternating with cavernous roars, gut-punching drum blasts mixing with massive tremolo runs, eerie ambience shrouding the calamity with an otherworldly glow. 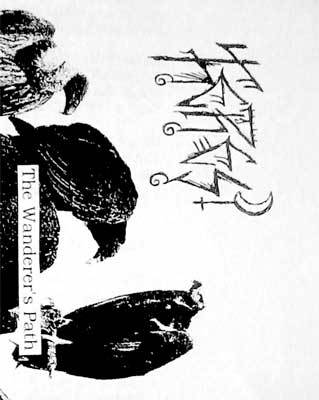 Kêres is a Finnish black metal band who have released four demos, a split, and an EP since 2004, mostly through a label named Kuunpalvelus. Two of the demos appeared in 2013, one of them entitled The Wanderer’s Path. Yesterday I saw a link by a Facebook friend to one of the songs on that EP, “Monastic Spirit Torture”, and it made a strong impression. It’s a frigid, mainly mid-paced stomp, with a burly low end, caustic riffs that are barbed with melodic hooks, and explosions of blasting menace. The vile, reverberating vocals inject the music with potent poison. Very destructive, and very nice.

I found one other Kêres track on their label’s Soundcloud page, “A Winter Fire”, which appears on the band’s other 2013 demo, Old Blood For A New Moon. This one is different from the first track I heard. It sounds like maybe even a new vocalist is involved, with a more strangled sulfurous sound, and I think I hear a keyboard in the mix. But the song still packs a full old-school punch, both skin-flaying and atmospheric.

Both of these tracks are below. I’ve found no web presence for the band, though with a little searching you can find downloads on the net.

8 Responses to “BLACK AS NIGHT: ÆVANGELIST, THE RUINS OF BEVERAST, AND KÊRES”