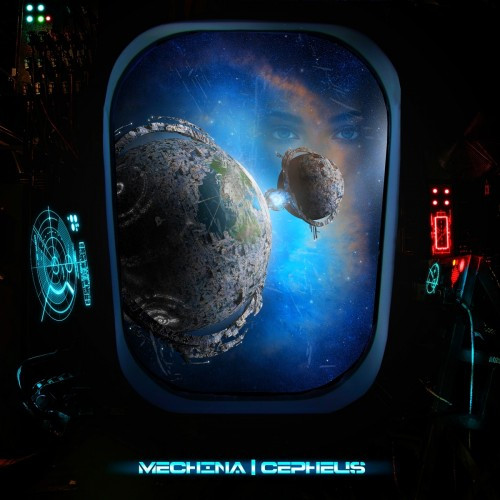 (DGR shares some thoughts about the new single from Chicago’s Mechina.)

Let me just take a quick breath and describe this song for you, as my reaction upon listening to it for the first time.

It’s not often that you’re justified in describing a song this way, but my first run through the new Mechina song after having Empyrean in my hands for the better part of eight months was a great feeling. There’s something to Mechina’s hybrid of symphonic elements with industrial death that provides constant moments of absolute excitement. When I first heard the band with Andromeda I felt the need to post about that song almost immediately, and since then I’ve found one or two songs that I can’t help but be incredibly excited by on each release.

I thought they had almost peaked with “Anathema” and “Elephtheria” off of this year’s Empyrean, but then the violence of “Cepheus” hit, and my excitement for anything new by these guys reached a fever peach once again.

“Cepheus” is one of the heaviest songs the band have done by far, complete with whole new experiments of lush orchestration weaving their way through everything. Even the electronic voice at the opening works like an instrument, on top of the chanting in the background. It’s a percussive, hammering, militaristic song, and if it’s any hint of what the band will be up to on their next release, we are in for a dark, heavy-as-hell experience and it’s going to be a rush of a ride.

You know what? I’m going to include a stream of “Elephtheria” anyway, so you can have a better idea of what I’m talking about.