Before beginning this review of DunkelNacht’s forthcoming second album, Revelatio, even before listening to all of it, I did some research about the band. I listened to a few songs from their previous full-length (2010’s Atheist Desekration) and read about the assortment of demos and splits that preceded it. If you’ve come across any of that music, I’d advise you to just forget about it in considering Revelatio, because this album is a very different beast. And if DunkelNacht are new to you, then you’re in the perfectly receptive place.

I can’t see the future, and so I can’t say that Revelatio is the culmination of a musical journey by the band’s principal song-crafter Heimdall. Who knows where he may go next? But he’s certainly in a different place than the ambient black metal that appears to have been the band’s earliest motif, or the scathing yet melodic trem-blast assaults that marked what I’ve heard of the last album. What Revelatio represents is nothing less than an explosion of creative exuberance, an extravagant combination of diverse styles that defeats easy summarization. 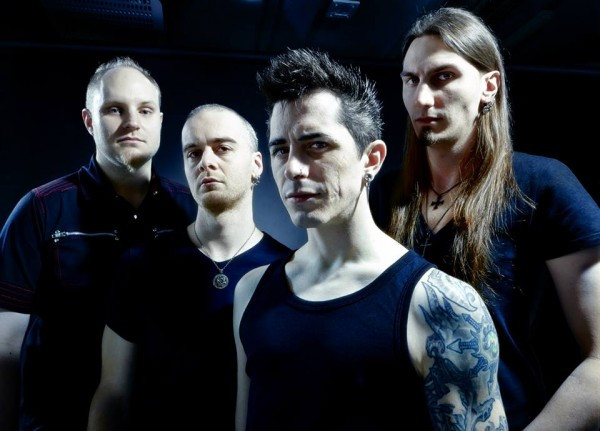 Since the band’s last album, on which programmed drums were used, they’ve added a human drummer with inhuman capabilities (Max Goemaere) and a new vocalist (the band’s third) named Frost, who shrieks somewhat like Trevor Strnad in the the high end of his range, briefly sings cleanly in a strident proclamatory style, and often layers his caustic raging with a deeper roar (that may or may not be voiced by the backing vocalist and bassist Alkhemohr — I’m not positive).

The contributions of those two in the new album are significant. In a word, they’re electrifying. Goiemaere’s well-timed eruptions of jaw-dropping blast-beats and double-kicks are part of why I’m reminded of Fleshgod Apocalypse — along with a generally turbocharged pace, the band’s use of symphonic keyboard enhancements (though not nearly as prominent as FA’s), and a kind of baroque complexity and bombast that defines many of Revelatio’s tracks.

But their contributions are matched by the ridiculously nimble bass-picking of Alkhemohr, who steps forward in the mix frequently and is part-and-parcel of Revelatio’s pervasive air of instrumental extravagance.

Yet what ties together all of the aforesaid contributions is the multi-faceted songwriting and fleet-fingered execution of Heimdall. He seems to have a thousand ideas, and he and his talented partners found ways of weaving at least hundreds of them together in this album. It takes more than 45 minutes to find your way to the end of Revelatio’s maze, but I never once thought about stopping.

Some songs are blistering, highly accelerated numbers that owe more to melodic, technical death metal than black metal (except the production makes the guitars sound more razor-edged and less beefy than in most death metal jams). Even those flamethrower tracks (such as “Emergent Primitive Constellations”) are laced with swirling lead guitar melodies, and “Ashes From Stellar Oracles” pulls back from the break-neck pace long enough to feature an extended dual-guitar solo that weaves ominously like a pair of threatened cobras. 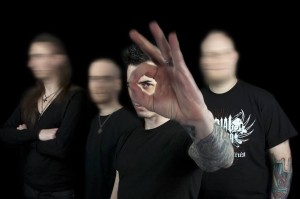 “Dissolved Fractal Esoterism” begins with a strident piano introduction and bounces like the work of a demented organist at an infernal carnival. “Le Serment des Hypocrites” is heavily groove-oriented and infectious as hell, but it also includes an eerie, atmospheric guitar melody, a spooky solo, and a finish that moves from blast-beat drumming and tremolo thrashing to a swarming guitar melody over jackhammer rhythms. “Rebirth of the Black Procession” starts with an acoustic guitar and a swelling keyboard melody and ends with perhaps the best integration of all the instruments, each one vibrantly present and yet all of them interlocked to create a riveting high point.

The title track itself? It’s a Gershwin-style piano instrumental.

And all those songs and others are book-ended by the deep, stormy electronic sounds and lilting keyboard melody of “The Fall of Entropy” at the album’s beginning and the mixture of howling noise, symphonic keyboards, electro pulses, medieval chanting, and foul proclamations in the closer, “Post Prophetic Rebellion”, which at least in its aura may be the closest Revelatio comes to the spirit of black metal.

But  despite the sense of variety I’ve tried to convey, don’t be thinking that the album sounds like 11 songs played by 11 bands. In addition to the recurring consistency of the performances, the production style, and the distinctive vocals, the entire album is unified by a certain atmosphere. “DunkelNact” means “dark night”, and every song is draped with an eerie darkness that may be the one most lasting holdover of the band’s black metal beginnings.

The album is also tied together by a thematic concept, a painstakingly constructed narrative about the organization of human society and the conflict among the three “castes” that make it up. As the band have recently explained:

“They are represented by three monkeys of wisdom, chinese concept soon picked up by the japanese: Mizaru (the blind), Kikazaru (the deaf), and Iwazaru (the silent).

The songs themselves musically describe the unfolding of the conflict, bringing about a resolution that is really no resolution at all — a revolution by the Mizaru against the Kikazaru in which the Mizaru gain mastery without ever changing their submission to the Iwazaru, and thus merely reinvent the system they believed they had overthrown. As I said, it’s a dark tale with a dark ending, and the intricacy and atmosphere of the music suit the story. (A full explanation of the narrative concept can be found here.)

In a nutshell, Revelatio is an unusually creative, multi-faceted, confident work performed by a group of highly skilled artists, and it’s a blast to hear from beginning to end.

Revelatio will be released by the Italian label Worm Hole Death. No release date has yet been announced. When that happens, I’ll be sure to include a notice about it here at NCS.