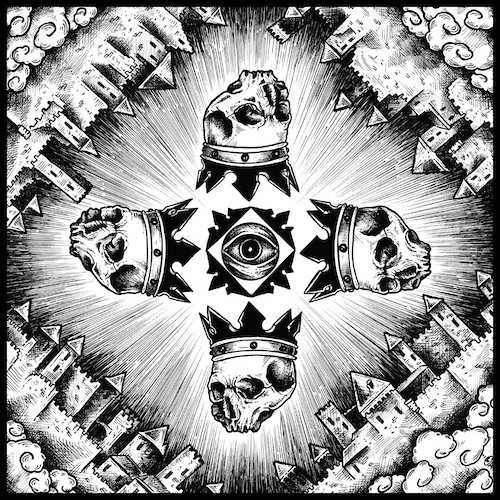 Like the last album, the new one — Empire of Mediocracy — has a unifying conceptual underpinning, one that continues to explore the stratification of society and the sources of true power.  Musically, it represents a further progression of the band’s sound (which has been evolving all along), yet is still a source of extravagant creative exuberance , which is abundantly on display in the song we’re premiering today: “Amongst the Remnants of Liberty“. END_OF_DOCUMENT_TOKEN_TO_BE_REPLACED

Although I never managed to write a complete review of this Bergen band’s 2013 album The Tower, I did write about every one of the three songs that premiered before the album’s release, so that counts for something I guess. The album is a strange and wondrous creation that sounds like nothing else I heard last year. The first song to premiere remains my favorite — and it’s the one I’m now adding to this list. END_OF_DOCUMENT_TOKEN_TO_BE_REPLACED

Before beginning this review of DunkelNacht’s forthcoming second album, Revelatio, even before listening to all of it, I did some research about the band. I listened to a few songs from their previous full-length (2010’s Atheist Desekration) and read about the assortment of demos and splits that preceded it. If you’ve come across any of that music, I’d advise you to just forget about it in considering Revelatio, because this album is a very different beast. And if DunkelNacht are new to you, then you’re in the perfectly receptive place.

I can’t see the future, and so I can’t say that Revelatio is the culmination of a musical journey by the band’s principal song-crafter Heimdall. Who knows where he may go next? But he’s certainly in a different place than the ambient black metal that appears to have been the band’s earliest motif, or the scathing yet melodic trem-blast assaults that marked what I’ve heard of the last album. What Revelatio represents is nothing less than an explosion of creative exuberance, an extravagant combination of diverse styles that defeats easy summarization.

Of course, we wouldn’t expect him to say, “the new album is going to be a mediocre rehash and one of the lamest things ever to be released under the Sepultura name”, even if it were true. Yet the fact that he’s stuck his neck out there with this kind of a statement provides some reason to be hopeful. The album is due in October. END_OF_DOCUMENT_TOKEN_TO_BE_REPLACED