Of course, we wouldn’t expect him to say, “the new album is going to be a mediocre rehash and one of the lamest things ever to be released under the Sepultura name”, even if it were true. Yet the fact that he’s stuck his neck out there with this kind of a statement provides some reason to be hopeful. The album is due in October. 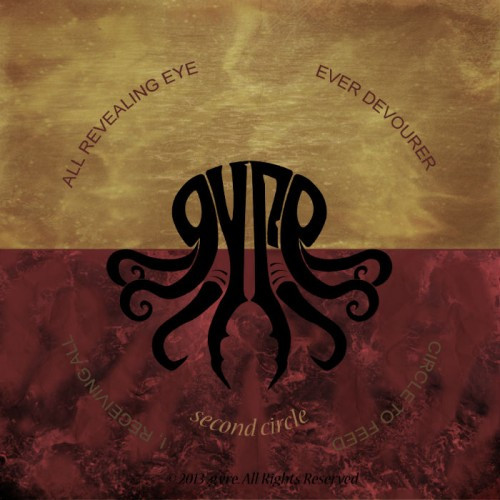 Gyre are a five-man band from the New York/New Jersey area, and they’ve recorded a new EP named Second Circle that will be released on July 23 by Monolithic Records. One song from the EP has debuted so far, and I caught up with it yesterday.

To be honest, “All Revealing Eye” wasn’t exactly what I was expecting, having read descriptions of the music that included such amorphous phrases as “proggy groove”. The damn thing nearly set my hair on fire. It includes riffs and swirling note flurries reminiscent of Gojira, a blast of jolting pneumatic rhythms, and melodic hooks that nicely tie the whole thing together. I wasn’t even put off by the moments of clean vocals, which have a kind of ghostly quality — and the harsh vocals are downright ravenous.

The references to “prog” and”groove” aren’t off-base, but there’s more going on here, too. Based on this song, the whole four-song EP will be worth checking out. Listen: 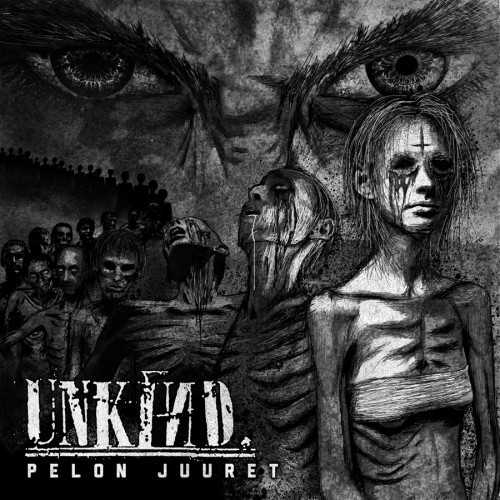 Finland’s Unkind have recently released (via Relapse) their sixth album, Pelon Juuret. Several tracks from the album have previously premiered, and in fact you can stream the whole thing below. But what caught my attention this morning was the debut of an official video for the song “Olemisen Pelko”. The song is heavy — very heavy — right from the beginning. But along with that crust-laden, d-beat-driven massiveness and scathing vocals, the song also brings a surprising melody that’s quite moving.

As for the video, the band’s drummer Saku states, “It’s a montage made by our machinist Pekka depicting the overall theme of the song. An observation of people searching for comfort, something to keep their fear of being and dying at bay – whether through political or spiritual movements or even consumerism, no matter how it meaningless it will ultimately be”. And that sums it up well.

Ten days ago I posted a review of Saktmóðigur’s new EP, Demetra er dáin, which I encourage you to check out because it remains one of the year’s best discoveries for me. Today I learned that this long-running Icelandic band have now added their last album, 2011’s Guð hann myndi gráta, to their Bandcamp page, where it can be downloaded for free. I haven’t finished listening to it yet, but what I’ve heard so far is almost as hard to pin down as the EP — a mix of the corrosive and the melodic, the vicious and the hooky, with hardcore stomp and punk bounce and a layering of grit and spit.

Okay, so it’s not metal, but I’m still diggin’ it.

NCS supporter and curmudgeon-at-large KevinP sent me a few links about this band from Lille, France, who I can’t remember hearing before. DunkelNacht have prepared a second album that’s projected for release this coming winter by their new label Wormholedeath. Its title is Revelatio and it features the eye-catching artwork you see above.

One of the links Kevin sent me was for a new song from the album by the name of “Where Livid Lights Emblaze”. The song isn’t easy to sum up, which is one reason why I like it so much. It thunders like death metal, it claws like black metal, it bounces and it rips, it flashes with a variety of melodic guitar leads, and it includes some very interesting guitar solos. There are moments that remind me of Dissection and others that trigger Blut Aus Nord  flashbacks.

Basically, it’s just a very cool, well-produced song. Check it out below.