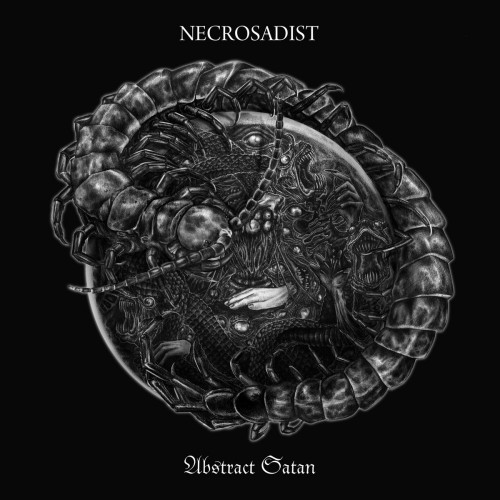 Your humble editor’s ass is dragging this morning, because this is a Saturday morning and Saturday mornings always seem to bring ass impairment here on my metallic island. Saturday mornings, they follow Friday nights, and on Friday nights I seem drawn to the demon alcohol like a fly to shit. It’s all fun until the new day dawns. The sun rises above the clouds, and the sun in my head goes supernova and then collapses into a black hole from which no light or sentient thought can escape.

Ah, what to do on mornings such as this? Lying curled in the fetal position and moaning can only be indulged for so long. Crawling into a chair, slumped over a computer screen, looking for something new to hear — that seemed like a viable alternative to suicide, so that’s what I did. On some Saturday mornings I just want to be surrounded by the silence of the void, but today it seemed like a better idea to find something that would overwhelm the destruction in my head with superior destructive force. I succeeded.

You might think that given my current state of mental impairment I made a redundancy-related typo in the title of this post, but you would be wrong. I will explain.

One of the things I found this morning was a debut album released on 11-11-11 under the name Abstract Satan. I can tell you from immediate personal experience that there is nothing abstract about Satan, and that I must have done something terrible to offend Him last night, given the magnitude of the punishment I am currently suffering. But listening to Abstract Satan does not produce suffering, although it is indeed punishing. Abstract Satan makes me glad to be alive, despite all the self-inflicted pain.

The album, released by Daemon Worship Productions, was recorded by a two-man band named Necrosadist, with Dictator (from Cyprus) handling the vocals, guitars, and bass, and Menthor (from Portugal, and also involved with Enthroned and Nightbringer) handling the assault and battery. I made my way through an ominous instrumental intro and then my interest really perked up with the album’s title track, which followed.

The grinding guitars and clattering snare drum immediately grabbed me, and the rest of the song didn’t let go. The drumwork remained thoroughly awe-inspiring throughout, and the violent, dynamic riffing and writhing lead-guitar parts galvanized the reptile part of my brain. Dictator’s hateful roars morph into ritualized chants, and I felt compelled by them to continue listening to subsequent songs — which didn’t let me down after the adrenaline rush of thrashing hellfire that “Abstract Satan” delivered.

I especially enjoyed “Rising From the Earth”, with its spitfire guitar solo and the head-wrecking, mid-paced, doom-laden back half that follows the warlike assault of the song’s front end.

I haven’t completely finished listening to the album, and I’ll probably fail to write a more thorough review, but I definitely wanted to make a recommendation for this album while it’s on my mind — so consider it strongly recommended.

Abstract Satan is available on CD or as a download at two Bandcamp locations, one for dollars and one for Euros, and both are linked below, followed by the album stream. 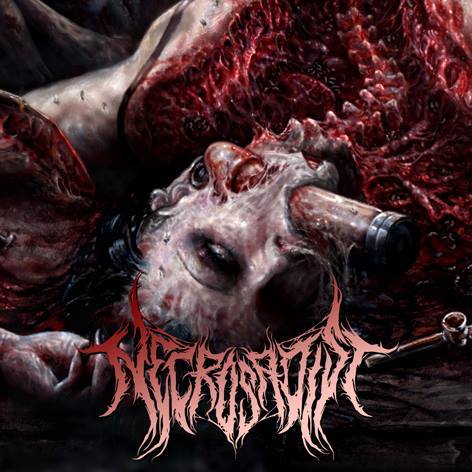 After hearing some of the first Necrosadist’s songs from Abstract Satan, I decided to see if the band had a Facebook page where I could learn more about them. Using Facebook’s usually inept search function, I did find an FB page for a band named Necrosadist — but it wasn’t the band I was looking for.

This second Necrosadist is based in Cincinnati, Ohio, and they’ve recently signed with a label named Inherited Suffering Records for release of their debut album. I haven’t seen an album title, but the tasteful cover art is up above. While I was at the second Necrosadist’s FB page I quickly noticed that they had released a music video for one of their songs, “Cerebrospinal Fluid Overdose”. So I thought, what the fuck, let’s see what this sounds like.

And what it sounds like is a non-stop cannon barrage, or at least what a nonstop cannon barrage would sound like if the cannoneers had rhythm and a commanding officer who gurgled, guttural-ized, and pig-squealed his orders. Also, high-caliber small-arms fire from behind a drum kit. The song is destructive slamming filth that evaporated what was left of the cobwebs in my head and got it banging with a vengeance. The video is a combo of drum and vocal tracking. Check it: 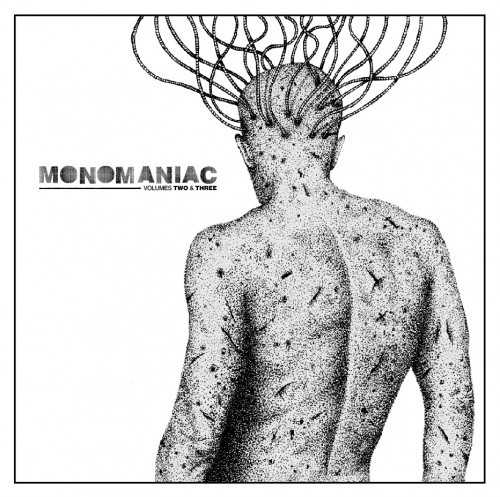 It will be released by an outfit named Blastbeat Mailmurder, an independent record label and distro based in Greece that turns out to be operated by Panos Agoras, the vocalist of the killer astrogrind outfit Dephosphorus, about whom I have written before here at NCS. I got all slobbery when I saw the line-up of bands who have contributed tracks to this comp:

I’m familiar with about half the bands on this list and I like all of those, which means I’m intrigued to hear the ones I don’t know. In the list above, I’ve added links where we’ve written about any of the bands.

The comp is due for release on August 1, 2013, and more info about it can be found via the following links. I’m very stoked. 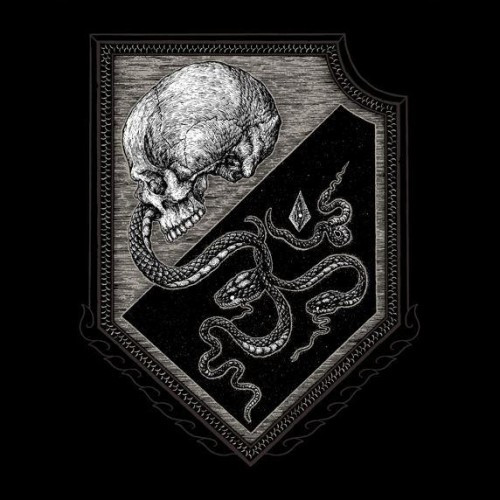 One of the bands on that comp whose music I know and like tremendously is New Zealand’s Witchrist. As I was exploring available info about the comp I discovered that Witchrist’s contribution — a song named “Transmuting Rituals of the Absolute” — is streaming on Bandcamp (it’s the only song from the comp that I know of which is online at present).

You should listen to the song below. It’s a short, grinding morass of holocaustal black/death destruction, which I believe this is the band’s first recorded work with their new death vocalist. I’m hoping this is just an edited version of the album track, because I’d like it to go on . . . and on . . .

And that’s what I’ve got for you on this Saturday. I’m already feeling more human. In a few hours I’ll be ready to do something that will probably make Sunday morning into a mental torture chamber, too. Cheers!