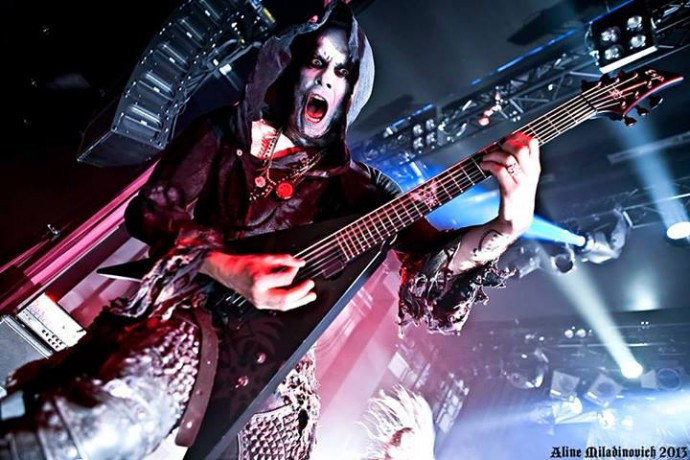 Last week we received the disappointing news that the release of the upcoming tenth studio album by Poland’s almighty Behemoth (entitled The Satanist) would be delayed to early 2014. However, the band played one of the new songs — “Blow Your Trumpets Gabriel” — at the BRUTAL ASSAULT festival in The Czech Republic last night (August 10), and a fan-filmed video of the performance has now surfaced.

The song is an absolute monster. It begins as a slow, black crusher and then it fuckin’ explodes at the mid-point. The fan video has the usual imperfections, but you can hear the song pretty well and the visuals are amazing, notwithstanding the imperfections. Strobing lights, explosions of flame, great plumes of smoke — combine all that with the power of the song, and it’s quite a thing to see and hear. Which you can do right after the jump.