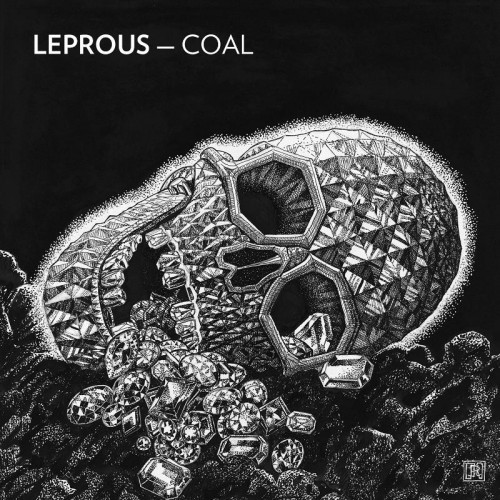 (Well, we might as well start off the new week by confusing the shit out of people.  Here’s DGR’s review of the latest album by Norway’s Leprous, released in May 2013.)

We in the metal community tend to use the phrases “prog” and “avante-garde” somewhat interchangeably to describe those situations in which the caveman side of the brain doesn’t fully grasp what is going on in the music. Either that or we call it “prog” when it’s soft music that we really like but don’t want to own up to it. Norway’s Leprous fall into the former camp, where even though things seem relatively straightforward at first glance, they’re really just a little off.

They have gained quite a bit of the spotlight since receiving Ihsahn’s blessing, as well as performing as his backing band for his discs and a bunch of shows. They’d been going for a good while before, but those developments coupled with the release of Bilateral really launched them onto a lot of radar screens.

Bilateral threw a lot of people for a loop. Nothing was really conventional outside of the instruments present. Every song had a strange, unnerving approach to it. When a song like “Restless” and its curveball of a music video was one of the most normal-sounding songs, who could imagine what oddities lay in the rest of the album? Bilateral was also incredibly difficult to describe and led to some stumbling examples of attempts to so – which proved amusing to watch.

Befitting their avante-garde/prog label, Leprous have returned with another album in the form of Coal filled to the brim with strange song arrangements, odd vocal approaches, and conventional instruments played in weird ways. Like Bilateral before it, Coal is incredibly difficult to describe. As before, the band have again deftly managed to avoid genrefication in any sense and have provided an experience that is all their own. 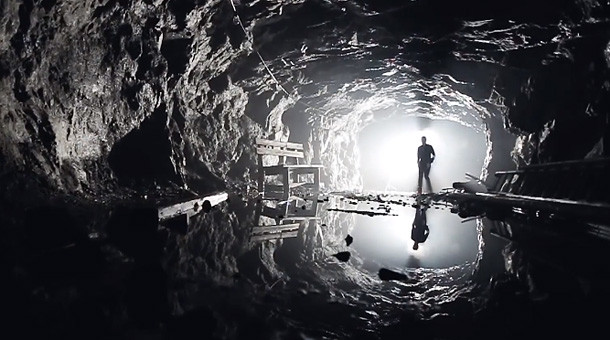 Coal feels likes a more concise album than before. Songs remain consistent throughout and maintain their progressive structure instead of constantly switching. In that sense, they come across a little more lean and mean. On Bilateral there were a million stories to tell and Leprous were going to weave each one however they wanted, like a version of Anansi on the best acid trip of his life.

Coal is also a moodier album from the get-go — not overwhelmingly dark, but many of the songs on Coal are slower epics this time (the last two songs, for instance, are nine minutes each), containing up-and-down moving riffs that seem to start with a large chord only to stop in dead silence, start again, and repeat – like the song is stomping its way through a city. “Foe” is the very definition of this, and its approach carries through the whole disc, giving the entire release a feeling of being one concise, thematically tied, prog album — though if any explicit theme has surfaced, I’m unaware of it.

The path Leprous have taken reminds me of another band who have had some ties with the aforementioned Ihsahn (who also makes a couple of appearances on Coal): Norway’s Shining. Guess we’ll never fault the guy for getting some really interesting bands out into the spotlight. Shining have produced a couple of discs that could be described as sheer, utter chaos, and Blackjazz was chief among them. However, with One One One that band have trimmed their sound down so it sounds more focused on one specific thing – which, yes, makes the songs a little more approachable – but they still have their moments of chaos and are generally unnerving and on-edge. Coal charts a very similar path for Leprous.

Vocalist and synth player Einar Solberg has an incredibly melodramatic singing style, extending notes outward on just about every word and taking them higher and higher each time. It makes every line feel desperately delivered and adds a sense of danger to the delivery, with the listeners waiting for his voice to crack as the guy just empties his lungs on each word. Leprous actually do a vocal attack from three sides, with the guitarists picking up the other two roles, either providing melodies as if they were extra instruments or singing in canon with Einar. The band build layer upon layer of vocal melodies in each song, too, which more often than not lead to parts with a guy just literally going, “AHhhhhhhhhhh”, and that getting stuck in your head more so than the actual lyrical content. Closing song “Contaminate Me” includes one of those moments, as does the long section of “Chronic”. 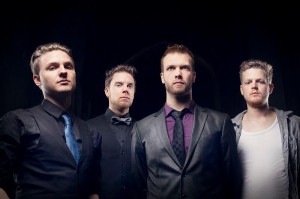 Coal isn’t entirely a super-slow, mood-depressing disc either. While keeping songs consistent to one mood, without constant freakouts of sound, the band still split up songs that are pretty quick-moving and those which are slower into separate parts of the disc – meaning that about half are generally up-tempo and the other half, slower than hell – sometimes almost doom level. “Chronic” begins upbeat before getting impressively heavy right at the end, with everyone singing over a pretty thick double-bass roll.

Bassist Rein T. Blomquist gets quite the workout in the first half of Coal, especially on faster songs like “Chronic”. As of this writing though, he just recently left the band. But with this album as well as earlier works, he has left quite a good legacy behind him. “The Valley”, on the other hand, is an eight-minute epic that seems to move entirely on the basis of a drummer and synth, propelled by Einar’s voice. When the guitars do come in, it’s a stuttering riff that corresponds with the bass drum, so it feels like the whole thing is being tapped out. It’s a song that makes effective use of the negative space in between each actual bit of music, and the whole warbling of the words “valley of sin” is insanely catchy. “The Cloak”, which was the the lead-off video for this disc, is a downer of a tune, and the band play up the drama in that one like no other.

“Contaminate Me” is simply an epic of a song that deserves its own space really, because it’s everyone just getting heavy as hell, with a rotating interplay between every vocalist available to the band. Einar and Ihsahn (making his second or third guest appearance by that point) shift between the clean singing and some vicious, acidic, high screams. The band’s guitarists Tor Oddmund and Øystein Landsverk really get to go nuts on the track as well, between backing up the vocals and “Contaminate Me” being one of the most guitar-heavy songs on Coal. The song is defined by a constantly chugging riff that’s backed by a hefty low end of drumming and bass.

Tobias Ørnes Andersen, who handles the drumming for this disc, is so insanely skilled. He’s subversive about it, too. Instead of being all the way in the forefront with whatever madness he can get up to behind the kit, he remains insanely subtle, pulling off quiet yet incredibly difficult flourishes throughout all of Coal. He gets to go nuts from time to time, obviously, because you can’t keep that sort of thing reigned in when you have the talent available to him. He really gets to let loose on the back half of “Contaminate Me” before the song goes quiet and Ihsahn steps in like a demon possessed to scream “Contaminate Me” and tell people to run. The song shifts so hard right at the end it probably throws listeners for such a loop, especially as the closer to the CD.

Coal is one of the most individualistic albums of 2013. Pretty much nothing sounds like it in this realm of music. Though it’s not the most metal thing out there, it is something that needs to be heard if you love music and are open to new ideas and strange experiences. Leprous make their trade in those last two fields of endeavor. They will likely continue to get stuck in the avant-garde, prog-metal hole simply because they get too heavy for some people and at other times are too light for the gruntier folk out there. As such, they’re an oddity — and one that more people need to hear, if only just because their brand of music is going to challenge everyone. 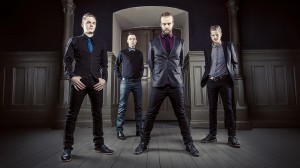 People who want something crushingly heavy will be challenged to find the heavier bits on Coal, and those looking for something lighter will be challenged to get past the heavier parts in which the band prove they can write a crushing riff as well as most death metal bands. The singing on top of that, with the forever-to-be-stuck-in-your-head melodies, give the CD some seriously barbed hooks that are nigh impossible to tear out.

Coal is an album that is difficult to peg down why it is as good as it is. It contains expertly tight songwriting, switches between heavy and light, is constantly moody and a little dark and unnerving. While Leprous in name are now something of a known factor, that doesn’t mean the music is, and Coal shows that the band will still surprise their audience. This is one of those albums that moves past music into the realm of “experience”, and that alone is reason to check it out.