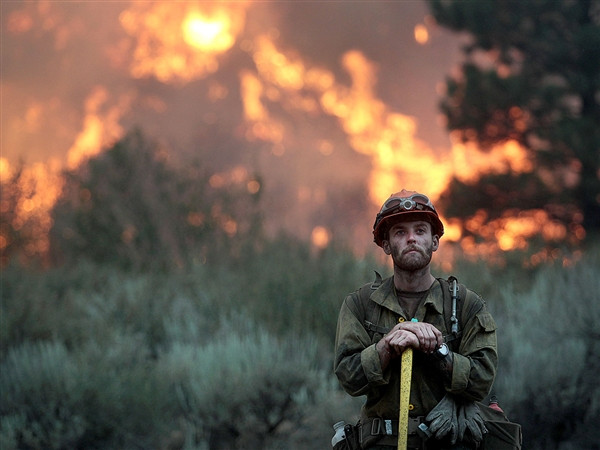 Things haven’t been normal around NCS the past couple of days, and I thought I’d explain why. As I mentioned earlier this week, I’ve been in south central Idaho (near Ketchum) since Monday on a day-job thing. That alone has cut into the time I usually spend on NCS. But I’m also having some trouble getting home.

I’m supposed to fly out of here and back to Seattle early evening today. But flights all day long have been delayed and canceled because there’s a fire nearby (the “Beaver Creek Fire”) that has burned 38,000 acres so far, and for the last 2 days this valley where I am has been blanketed in heavy smoke blowing in from the fire area, with an intermittent dusting of ash. It’s gotten so bad that I can’t see the surrounding mountains and I can smell the smoke even when I’m indoors.

The local airport is currently closed down due to the smoke, though my own flight hasn’t been canceled yet — they seem to anticipate that the smoke will clear in time to resume operations by the time my flight is supposed to take off.  So maybe the wind direction will change and things will clear up. And maybe it won’t. I’m now debating whether to drive 3 hours to Boise and fly out of there later tonight. The Boise airport seems to be working okay, but there’s an enormous fire blazing about 70 miles east of Boise called the Elk Fire that has already burned about 100,000 acres of land, and it’s nowhere close to being contained.

And there’s another fire called the Pony Fire Complex near Mountain Home, Idaho that has consumed about 144,000 acres. Basically, big chunks of of Idaho have become an inferno. The Governor has declared the entire state a disaster area.

Anyway, I haven’t figured out what to do yet, but I’m going to be spending time on that project for the rest of the day — and a drive to Boise is probably in my near future.

Since I’m thinking about hellish things, let me leave you with a bit of appropriate music. This is an advance track by Dutch death metal band Bodyfarm from their new album, The Coming Scourge, which is due for release by Cyclone Empire on September 20. The song is “The Well of Decay”, and it’s both bone-smashing and catchy as the common cold.

With luck, I’ll get home and things around here will start getting back to normal tomorrow.

13 Responses to “BURNING (WITH BODYFARM)”