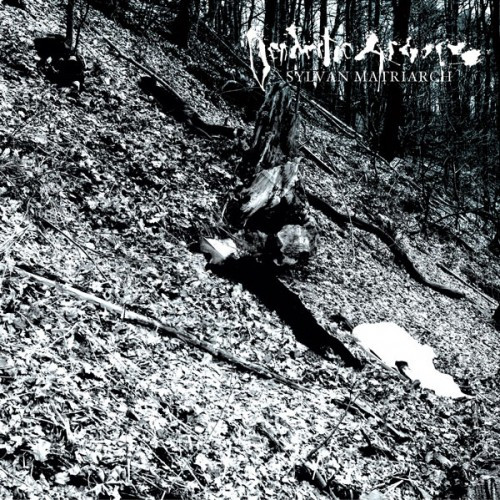 The most important cells in your brain are called neurons. They send and receive signals from other cells throughout the body, including other neurons. Dendrites are branching filaments that extend from the body of most neurons, and can be thought of as the pathways by which the neurons receive electrochemical stimulation, via synapses, and then transmit them to the body of the neuron (the soma).

The branching of dendrites extending outward from the neuron’s body is sometimes called “dendritic arborization”. Because they look like fuckin’ trees, as in trees in an arbor. The more you interact with the world around you, the more engaged and interested and stimulated you are by it, the more lush and leafy and dense your dendritic arbors are.

Actually, I really don’t know what I’m talking about. I’m just regurgitating bits of what I read when I tried to figure out what the name of this Pittsburgh band was all about. What I’m pretty sure about, however, is that their debut EP Sylvan Matriarch caused my own dendritic arbors to grow in rampant fashion, and then burned a lot of them to the ground. (Sylvan, by the way, is a word that refers to something associated with forests.) 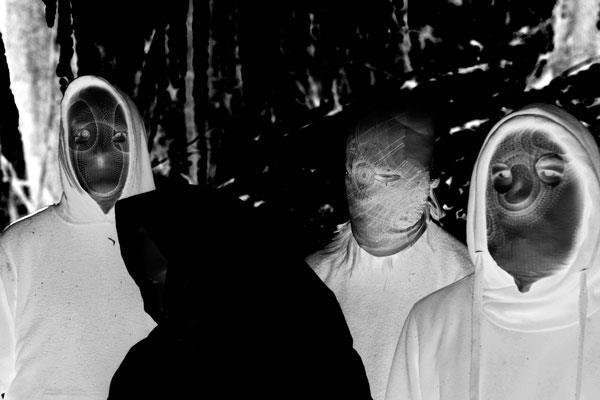 There’s not much point in trying to describe the music in genre terms, because it borrows chaotically from so many of them — black metal, hardcore, sludge, industrial, doom, and freakish electronic noize. The overall atmosphere is one of severe derangement, as if the inmates had been put in charge of the asylum after being injected with gasoline and then set on fire. At one level, it may make you uncomfortable all the way down into your hair follicles. At another level, it may fire you up like a megawatt electrical charge straight to your brainstem.

The EP leads with a short introductory track, a mélange of skittering, flickering synthesizer sounds and deep, grotesquely distorted words. “Concrete Brine” follows, moving back and forth between up-tempo hammering, with highly distorted grinding guitars and very cool, snare-heavy drumming, and an off-speed stomping lurch. It’s a static-shrouded, grime-encrusted, feedback-fueled assault on the senses, with tortured vocals that fall somewhere between hardcore rage and black metal shrieking.

“Our Mother Disgraced” sounds like a big busted transformer, with storming, fuzzed-up guitars and explosions of frenzied blast-beats. The music alternately howls and plods with a sludgy pounding beat. A thoroughly unhinged guitar solo burns like an uncontrolled flamethrower. Roaring death-metal style vocals mix in with more shrieking. It ends in a hurricane of calamitous electronic noise.

The EP closes with a 10-minute monster called “Drifting”. With that much time to play with, Dendritic Arbor throw in everything including the kitchen sink, beginning with a gradual layering of pulsating beats, feedback, warbling noises, growling chants, and deranged guitar notes. There’s an extended marathon session of blast-beat drumming surrounded by rancid guitar noise and pierced by another jet-fueled solo. There’s a section dominated by a kind of blackened industrial beat, a passage that resembles a combined drum-and-guitar solo, and another torrid squall of noise dissolving into feedback at the finish.

You can tell the members of this band have got some serious instrumental chops, but they choose to use them in unconventional, experimental ways. They want your dendritic arbors to grow like crazy. And they want to set them on fire. I found the whole EP fascinating, wildly creative, and extremely destructive.

Sylvan Matriarch is available on Bandcamp, and you can hear it below. I also found another Dendritic Arbor song named “Giallo” on a two-song split with Pittsburgh’s Wrought Iron, who contribute a song named “Danse Macabre”, and I’m including that below, too.