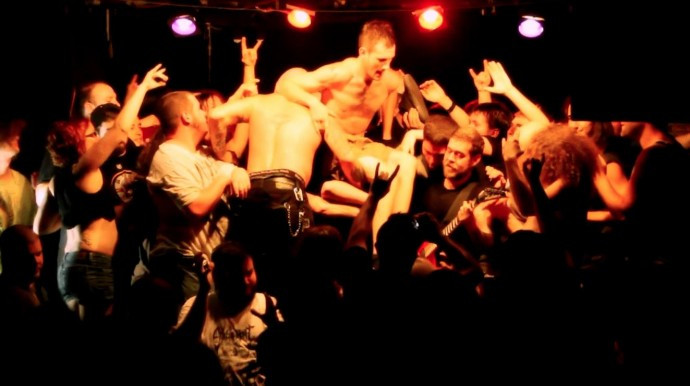 Sometimes I overthink things. I just watched Revocation’s brand new official video for “Invidious” (from their new self-titled album). I had fun watching it, not only because the song is excellent but also because it captures the energy of the band performing live in front of an enthusiastic stage-diving Boston crowd. I hope we get half as good a crowd during Revocation’s set at the SUMMER SLAUGHTER tour stop in Seattle this afternoon (and tonight), because that’s where I’ll be.

But while I watched the video I was also thinking about how much work it took to make this thing. Like, how did they get all these camera shots with the crowd going nuts everywhere? And how did they edit them together so effectively? And how did they sync the hundreds of video segments so well with the album track?

Somebody did some fuckin’ A-grade work on the video. When I find out who, I’ll stick their names in here. For now, watch this: