Yesterday, Invisible Oranges premiered a video for “Concrete”. I can now describe the song as “the soundtrack to that creepy video named ‘Concrete'”. The video risks dominating the music, it’s so weirdly magnetic. But the music and the imagery definitely go hand-in-hand. A lot of people deserve credit for it, but I’ll name three: director Gretchen Heinel, editor Matthew Silver, and SFX specialist Jacqueline Valega. Prepare to be weirded out (and puréed). 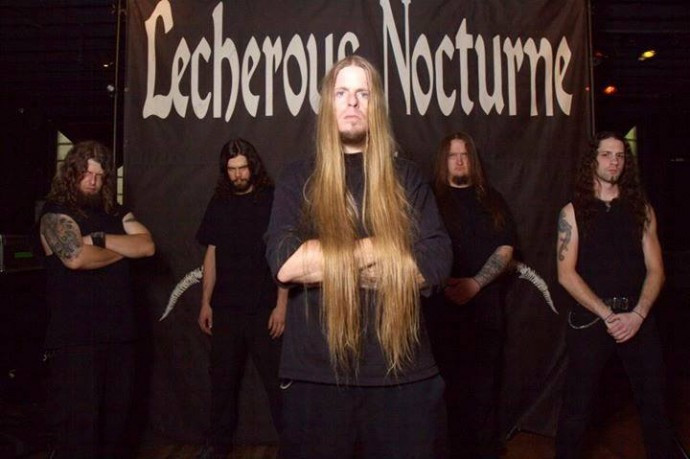 Yesterday brought another new video of an older song. This time the band is South Carolina’s Lecherous Nocturne, and the song is from Behold Mighty Doctrine. That album has had a tortured path. It was January 2012 when I reported that the band had completed the album and that it would be released later in the year by Unique Leader Records. As things turned out, the band’s then-vocalist later left, and the band decided to re-record all the vocals with his replacement, and anyway, the album wasn’t finally released until March of this year.

But it’s a very good album, notwithstanding the fact that the only review we managed to prepare was one of Andy Synn’s haiku offerings:

Though brief, Andy’s review really does capture the essence of the music. I bet you’ll agree after you watch the video for “Ouroboros Chains”. This songs rips. 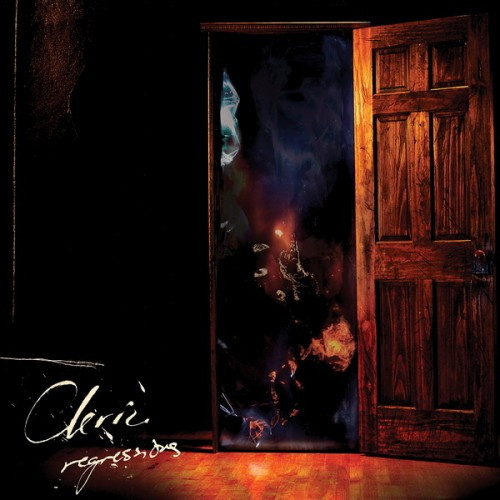 Your brain should already be pretty well puréed by now, but if it still has some actual structure instead of resembling slurry, this next song is guaranteed to finish the job.

This Philadelphia band was recommended to me between sets at SUMMER SLAUGHTER’s Seattle show earlier this week by Ryan Schutte, guitarist for the Seattle band Lb.! (pound), who himself has a Ph.D. in brain-puréeing guitar mechanics. The song he later sent me, which you’re about to hear, comes from the band’s 2010 album Regressions. We almost never write about older music around here; we’re running as fast as we can just to keep up with new things. The fact that I’m doing it should tell you something.

This song is one of the most eye-popping, jaw-dropping, extravagant pieces of music I’ve heard all year. It’s almost 20 minutes long, and I was transfixed (and somewhat scared) the whole time. It’s an out-and-out barrage of freakazoidical, destructive, synapse-severing mayhem. It doesn’t follow a straight line, it doesn’t play nice, it doesn’t let up. A thoroughly brain-puréeing, remorselessly spine-crushing experience. Something like Portal, Blackjazz -vintage Shining, and Behold… the Arctopus communing in a hurricane. During an earthquake.

A few postscripts: First, the whole album is on Bandcamp here — and it’s 76 minutes long. Second, it appears Cleric are planning their first tour this fall, and that it may reach as far as the Pacific Northwest, which makes me happy to contemplate. Third, this is not the death metal band named Cleric, who are out of Dallas, Texas. They are also excellent and they have a debut album on the way named Gratum Inferno, about which I’ll have something to say — but this ain’t them.

It’s a bit cruel of me to talk about this next release, because by the time you read this, the odds are you won’t be able to get it.

The band is the magnificent Aquilus, the one-man project of an Australian wizard named Horace “Waldorf” Rosenqvist. After inexcusably dragging my feet, I finally discovered the 2011 Aquilus album named Griseus and frothed at the mouth about it in a review last year. That album is still available digitally on Bandcamp, but the big news is that Finland’s Blood Music is releasing it in an edition of 100 copies each on cognac transparent vinyl and black vinyl (35 copies of each for USA and 65 of each for the rest of the world). Blood Music is also selling a small number of CDs from the album’s first pressing, signed by the band.

It’s a beautiful project, and the details about it are here. It goes on sale to non-members of Blood Music today at 10 a.m. Eastern time in the U.S., if any copies remain following the members-only pre-sale.

But now we come to the Aquilus music for today, which doesn’t come from Griseus. Instead, it’s a song named “As Late Shadows Skulk”, which appeared on an early Aquilus EP named Arbor that was never officially released. Aquilus fully remixed the EP and had it professionally mastered by The Cutting Room in Sweden for the debut release on CD and LP by Blood Music (details here). What you’re about to hear is the remixed and professionally mastered version of “As Late Shadows Skulk”.

For those who are familiar with Griseus, the song is more black metal and less symphonic than the general tenor of that album, but it’s still a highly distinctive track that I’ve really been enjoying. And in the brain-blendering context, it’s overkill at this point.

10 Responses to “YOUR BRAIN, IN A BLENDER: BATILLUS, LECHEROUS NOCTURNE, CLERIC, AND AQUILUS”