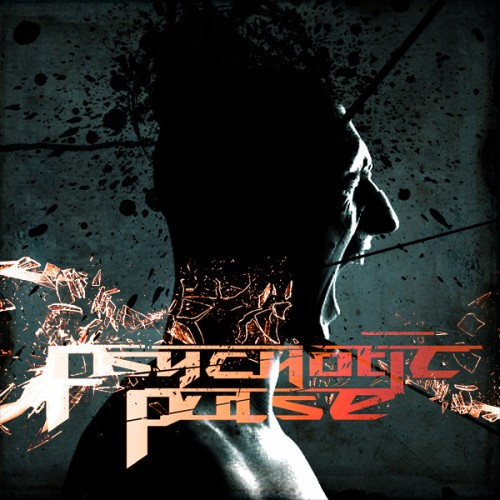 (DGR provides this review of the debut album by Toronto’s Psychotic Pulse.)

At some point, I would love to see someone try to take on a collection of discs that they feel absolutely nail the opening minutes, especially from bands where it was some of their first output. There is nothing to be denied about the strength of a strong intro track working, and when it is some of the first music anyone has heard by a band, that strength amplifies exponentially.

Personally, I’ve encountered countless examples where the best song by a band has been within the opening minutes (right after an obligatory intro track), and that ‘best song’ usually holds on to that title for an excessively long time. Case in point: Soilwork knew exactly what the hell they were doing by putting “Spectrum Of Eternity” as the second song on The Living Infinite — because that song locks you in. It’s so strong that you’re even willing to forgive a couple of the less individualistic mid-pace stompers that lie in wait about halfway through disc two.

All this rambling is prompted by the song “Asylum” off of Toronto, Canada-based group Psychotic Pulse’s 2013 self-titled release. They’ve previously done one small release called Handcrafting The Apocalypse that hit in 2010, but my first experience with the band lay in this year’s collection of music, and one of the songs that really locked me into their industrial death and groove brand was the song “Asylum”, which comes right after the intro guitar bit of “Diagnosis”. It was enough to sink its teeth into my brain and sit me down for what would be a hammering, heavy, almost piston-like percussion-filled disc of high screams, fast grooves, and enough adrenaline-rushing tempo to make one yearn nostalgically for the days of everything extreme being spelled sans letter ‘e’ and capital X. 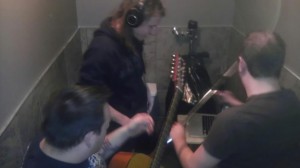 Psychotic Pulse is a nine-song affair that attempts to begin as inauspiciously as possible with an acoustic intro, and one mournful electric guitar over the top for melody. It’s a common thing, and in the case of many other bands would immediately throw up a red flag that we are headed into generic, cookie-cutter territory since it is such a common thing. But the opening scream and boom of the drums as the band drop into a tremendously fast, galloping riff completely changes all that and puts you in neck-breaking headbang mode.

Then the best part happens, in that you begin to realize as the disc goes on that more songs like it are spread throughout, and almost none of them has any idea what the word “slow” really means. Especially album closer “Restrain”, which feels like “Asylum”‘s groove-focused fraternal twin. I don’t know who within the band decided to keep the group moving at such a clip, but bless them, because they took a band from groove territory into thrash territory. Coupling that speed with vocalist Nathan Bales’ shockingly high shriek and his constant use of it, the band become a vicious death metal beast.

Many bands have switched over into a format that involves their vocalist constantly moving between the three different pillars of metal screaming (highs, lows, mids) in order to make their music more dynamic, and likely to give their vocalists the chance to prove their range. Psychotic Pulse has Nathan sticking almost exclusively to highs. Highs that, were they not screamed, could possibly drop into Halford-esque 80’s metal power yells. Highs that actually provide detailed visuals of the common descriptor “acidic”, or a throat full of glass. 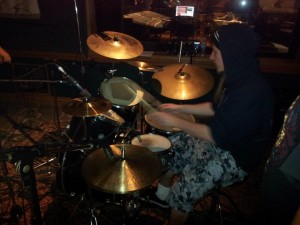 To be completely up-front, Psychotic Pulse burst into my consciousness because of the presence of Alex Rise behind the kit. You’ll recognize the name as the man behind the curtain of Tyrant Of Death. When he started posting that he was drumming for a full band who had a release out, I experienced an almost Pavlovian response, hitting that download button on Bandcamp faster than the website could load. Of course, just because a very talented musician is behind the kit doesn’t guarantee quality, so there was still a bit of lingering anxiety. However, Alex is also one of the reasons why those initial questions were dismissed, because he really gets to go nuts behind the kit.

There’s nothing overtly technical in his performance, especially because he really doesn’t try to overshadow the rest of his bandmates (though the production style on the disc is recognizable in a lot of Tyrant Of Death releases, so he may have unintentionally done so anyway) and instead just melds in behind them. The speed, tempo, and unrelenting force with which he does things makes him a highlight nonetheless. The drumming makes no compromises and takes no breaks. If there is a section that can support a constant double-bass roll, and a really fast one, then believe it, Alex is going to be executing that feat with seemingly no strain. Even the one “slow” (i.e., fast mid-tempo) song “Man Made Hell” manages to get a few smashed into its already pretty stuffed format. He takes a similar approach to the already-hammering, melo-death/groove-hybrid of “Obsession” by inserting blast beats every chance he can get. The guitar work of Wes MacDonald gels with his drumming very well, and Psychotic Pulse has them locked together throughout its scant half-hour run time.

“Programmed To Die” includes one of the best song intros on this CD, too. It’s one of the few times when the band fall into the almost Meshuggah-style groove that they constantly hint at, but manage to restrain themselves from going into. When they finally decide to take the plunge, they do it right. It’s recognizable amidst the chugs and bends, but feels more like an element of Psychotic Pulse that happens to be similar, rather than a full-blown love letter to Chaosphere and ObZen. The rumbling bass intro and drum combo in the opening, which make clear they’re not going to be in regular time signatures, is great. That stuttering drum beat and low end has the ability to vibrate walls. In fact, one of the key things that really unites this group of songs is that low end kicking like a mule. Every song moves at a pretty high tempo, but they fall into several different genres over the course of the album’s run — yet the low end is always reliably devastating.

As a release, Psychotic Pulse is an incredibly strong record. As a pretty much re-launched debut, Psychotic Pulse is fucking fantastic. These guys have drawn their line in the sand and dared anyone in this style to try and keep up with them. It’s a cohesive record that feels like it was written by musicians who knew exactly what they were aiming for. Often, bands will start to wander like cats distracted by a laser pointer after setting a distinct sound within the first few songs. The approach tends to work about half the time, with the other half tending to get bogged down under the weight of the band’s ambitions. Psychotic Pulse are the opposite. Theirs is a sharp, objective approach that tells us they wanted to have some industrial elements (mostly in production, because there’s no heavily synthed-out drums on here), they wanted to have the crushing grooves that people could sink their teeth into like a nice cut of meat, and they wanted to keep that tempo high — because while you may be savoring that cut of meat, you’re going to have to thrash around really hard to get anything from it, like it is still alive and cooked rare enough to fight you. 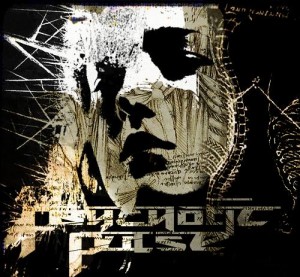 The group are already claiming that they have more music on the way, and while that might be taken as a sign that they are spreading themselves a little thin already, Psychotic Pulse is good enough to make you be perfectly fine with that. More from these guys is great because they have such a high standard of quality right now. If they can give people more to bite into, and if the forthcoming EP matches up with this impressive disc, then we may have a good contender for a band who are going to grab the attention of a lot of people.

Psychotic Pulse is on Bandcamp right now, and the group are offering it as a name-your-own-price affair, which means you can grab it for free if you would like. It’s enjoyable enough that they could sell this disc, and offering it for free is a great gesture; people are going to be excited by it, and getting it into as many hands as possible is a good move. Check this one out. You have nothing to lose but the time invested. It is so nice to use this phrase again: it’s an easy recommendation to make.

(Listen to the album below, followed by a teaser for the new EP.)