It doesn’t feel like 24 hours have passed since the last “Swimming” post. Time seems to stand still when your brain is floating in a beer marinade that’s constantly being refreshed.

Yesterday, all but one of your dedicated NCS servants spent several hours at Seattle’s Zion’s Gate Records, poring laboriously over a quadrillion metal CDs and LPs, while having our minds pulled apart by pincers in the form of an endless loop of sanity-threatening, void-like electronica playing in the store.

Half a day later, I still have the urge to kill myself or someone else as a result of that music. However, I have not actually killed anyone because the experience was such that, after dropping wads of cash at Zion’s Gate, I and my fellow NCS scribes, along with assorted other friends, self-medicated for the rest of the day and evening with additional oceans of beer, which dulled the homicidal/suicidal impulses.

Undoubtedly, while medicating, we uttered many observations about albums and bands that would have revolutionized music criticism had anyone recorded the conversation for posterity. As I write this, however, my brain is so pickled with Boundary Bay Blonde that the recording apparatus contained therein has irreparably malfunctioned. All I can manage is to put up another NCS staff photo.

Stunningly, yesterday’s photo was spotted as something less than a 100% authentic portrait of the NCS staff. I overlooked the fact that my stand-in was missing arm tats. Otherwise, it totally would have fooled everyone. Some have wondered who my stand-in was, and in fact, she is one of the people who started this blog with me in November 2009. Unfortunately, she lost her way, found other things to do with her time, and missed out on the rise to greatness that later occurred.

I continue to learn things about my fellow NCS scribes now that I have met them in person. For example, I have learned that Andy Synn and DGR are capable of writing posts despite drinking enough beer to float a battleship, whereas I am only capable of compiling the kind of drivel that you are now reading. I am beginning to hate them intensely. 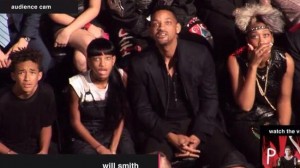 Nevertheless, I will be posting their latest reviews today, despite the fact that one of them may be focusing on Miley Cyrus’ performance at the MTV Awards.

In a few days I will post an NCS staff photo that includes heads, because that will give me an excuse to write more drivel.

On tap for today: a massive feedbag at Beth’s Diner. And, undoubtedly, the remaining two or three microbrews from the States of Washington and Oregon that we haven’t yet sampled.

And possibly (gulp!) a deathcore show at El Corazon tonight.