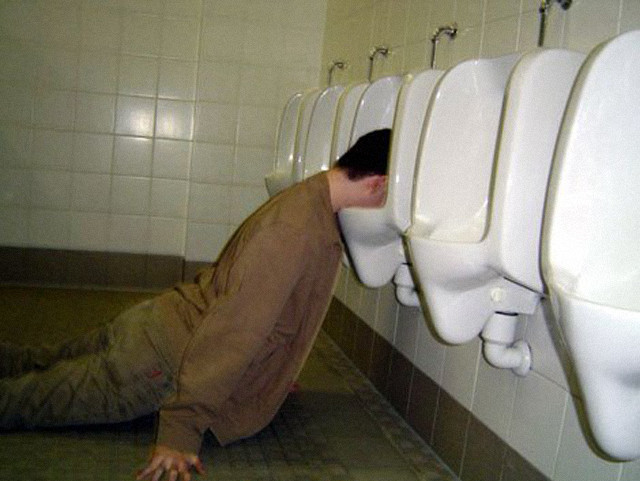 (In response to our pleas for help, our friend Ben C. of Church of the Riff is helping out the currently nonfunctional staff of NCS by contributing this guest post, for which we are pathetically grateful.)

Hey guys. So quite a while ago Islander left me a key to the office (in cinderblock form) and told me to swing by whenever I need a place to sleep or free food (there is a restraining order and a messy legal battle). Seeing as everybody is out carousing for the next week, I figured it would be a good time to take him up on this very generous hospitality.

Sadly, I got bored pretty quickly and with no food in the fridge (Sorry), all the toilets plugged (Sorry again), and a mysterious acidic ooze starting to form in the dining room (Ok, this one wasn’t actually my fault), I decided I should probably write something before, y’know, starting a quasi-legal hobo fight club in the living room (Sorry).

In the last couple years I’ve been slowly drifting away from the standard array of “standard” metal genres, instead finding myself bouncing along to a scathing selection of sludge, ‘cores, posts’, and a variety of other not-quite-metal-but-still-falls-under-the-umbrella genres.

With no particular order here are four albums that have been giving the ol’ earholes a tickle for the last couple months. Two come from relative newcomers and two from long-time underground stalwarts. 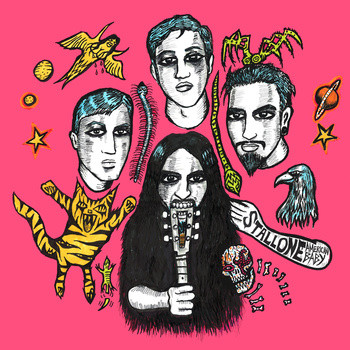 Stallone are an Atlanta-based band formed from several ex-members of varying notoriety but with the most well-known being Juan Montoya (ex-Torche). The reason I name him, other than being the most recognizable, is that Stallone can best be described as a slightly more aggressive, instrumental version of Torche. For me this is an awesome combination, as I always dug the riffing Torche bring to the table but cannot make it past the vocals. (Not a slight in any way, I’m just really picky with clean singing).

American Baby is a follow-up to their 2010 demo. It contains 6 tracks, with only one being carried over from the demo (“The Battle of Miami”). Riff-wise, these guys absolutely kill it, with all 6 tracks having at least one earworm that gets massaged into a monster groove. Further helping things along is some very straightforward and concise song writing, intended to keep the rock, rolling. Stallone are here to rock, rock harder, and then split, without wasting any time on noodley interludes or self-indulgent tangents.

Favorite track is easily “Beyond”, with a cyclical riff forming the base for the track to branch off of. It’s not complicated, but goddamn, she’s some tasty tunage. 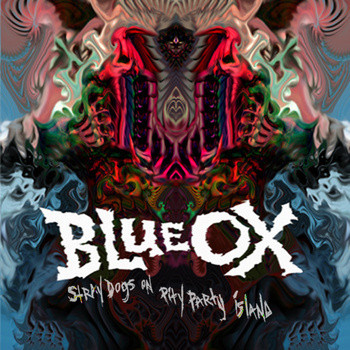 Let’s play a game! One of these descriptions is accurate, the other, not so much. Can you guess which one?

Next up is a tame little bunch of scallywags hailing from the sunny gem of America, Minnesota. Blue Ox play the kind of music that even your mother would love, with beautifully constructed songs expressing the very soul of musical joy and cultural diversity. “Stray Dogs on Pity Party Island” is like watching a sunset with a cup of soothing tea, calming your mind and soul.

Blue Ox are a band from Minnesota who play something akin to what people call “music”. It is also akin to having your face repeatedly smashed into a curb until your entire dental history is splayed out in a metre-wide radius. Their music is blunt force trauma in sound form; massive mounds of syncopation and pounding drum work are overplayed with what sounds like someone being slowly immersed in lava. Their motto is “HARDER, NOT SMARTER”, something very apparent as soon as you hit the play button. My mother hates them.

Favorite track is “Born to Break Even”, which contains not only the best groove on the album but also features several segments of a proggy/classic rock solo vibe peeking through the maelstrom, which gives a really cool feel to the whole song.

THAT THING THAT COMES AFTER TWO BUT BEFORE FOUR: Keelhaul – Subject to Change Without Notice 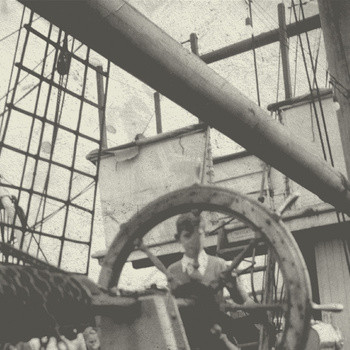 Keelhaul are a mathcore/sludge/generally awesome band out of Cleveland. They have released somewhere around 7 albums through the now defunct Hydra Head Records. Known as legends of badass proportions in various underground circles, it wasn’t until last year I got treated to their unique brand of balls-out riffing and off-kilter song structures.

Subject to Change Without Notice is one of their later albums and has been getting the most spins through my ears, as I’ve been too broke to start buying up the back catalogue. However, that cash is a good as spent as Keelhaul have quickly become one of my favorite bands for their specific breed of math/sludge/whatevercore.

The first thing that hits you is these guys are fucking BURLY. This is man-sized music, no fancy noodling, just semi-truck riffs hammered out at a psychotic pace. There is also a massive dose of variety in said riffage, with songs varying between prog-tinged post-rock to sludge-sauced anthems. It’s just so satisfying to hear heavy fucking sludge riffs thrown together in complicated and sinuating song structures.

No mercy, no quarter, this shit will shake the floorboards and rattle your bones.

Top track is the entire damn album. Seriously. I’m a bit of a fangirl. 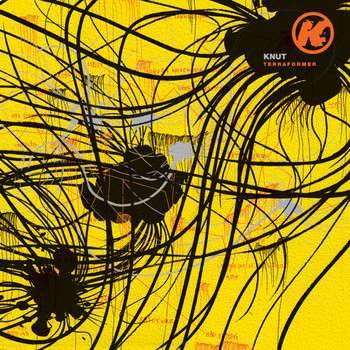 Knut are a Swiss math/post/sludgecore band, who along with being labelmates to the aforementioned Keelhaul, have been around for just as long and gained just as much attention. I discovered them shortly after finding Keelhaul, thanks to Hydra Head having a pretty fucking awesome Bandcamp. Again this is a band who have been cranking out albums since the mid-nineties but required a bit of digging to find their particular brand of awesome.

I would describe them as the more intelligent, moody, and responsible older brother to Keelhaul. Their songs are more complex, go on longer tangents, and display a larger range of influences. Don’t get mislead though, they are still real fucking heavy, just with more panache. Their songs conjure up more serious and epic emotions, and vocals play a much larger part in the whole affair. If Keelhaul were to be a coked-up clown running around an amusement park with a gore-stained chainsaw, Knut are the mime, dressed in all black, with a rusty stiletto in their hand and a smile on their face, not in their eyes.

More post/prog leanings come in the use of ambient electronics and longer, more indulgent songs. Songs alternate between these longer, more grandiose post-rock stylings and a more traditional, ear-searing and mind-melting breed of mathcore. Regardless of the direction they take, it always remains gut-bustlingly heavy, especially when you decide to see how loud your new sound system can go and dust starts to rain from the ceiling.

Top track is again the whole album, not necessarily because one track doesn’t stand out, but because I usually listen to this album start to finish and treat the thing as one big jam.

Now if you’ll excuse me, I need to go check on some hobos and collect on a couple of bets. I should probably make sure they’re not spreading too many bodily fluids around either.

5 Responses to “HEY LOOK! SOMEONE LEFT THE DOOR OPEN”