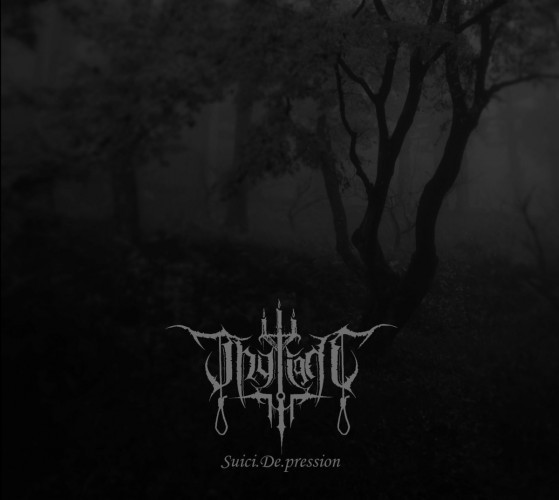 (Guest writer BreadGod returns to NCS with a review of two releases by Brazilian band Thy Light.)

The album begins with the title track, which is a beautiful and wondrous piano piece. It sounds rather joyous, which stands in stark contrast with the black metal that is to follow. I am unable to adequately put into words just how amazing the piano piece is. You’ll just have to listen to it for yourself.

Not only is the piano superb, but so is the black metal. Since this was all recorded by one guy, I’m pretty sure he used a drum machine, but the drum machine is pretty well-programmed. They keep to a moderate-to-slow pace and their structures are simple. One thing I really like about them is how prominent the snare is. This helps make the drums sound so real. I also like the double-bass they play on occasion. It doesn’t sound mechanical like it does in so many other bands. The double-bass here gives the music much more impact.

The guitars sound quite morose, but unlike most other bands of their type, they have a great deal of melody to them. They also like to toy around with the reverb to create a more wondrous sound, such as on “I am the bitter taste of gall”. Unlike most other depressive black metal bands, they don’t try to imitate Burzum. Instead, they create a sound that is all their own. Another thing that makes Thy Light stand out from the crowd is that they include something that is rarely seen in depressive black metal: solos. These solos pierce the heavens with their powerful cries, and they fill me with a sense of awe every time I listen to them, especially the ones on “In My Last Mourning…” and the closer “…And I Finally Reach My End”. Every time I hear those solos, my heart melts.

Another remarkable aspect about Thy Light’s music is the vocal performance. The man’s rasps and howls exude so much pain and suffering, a level that wouldn’t be matched until Tim Yatras’s performance on Austere’s To Lay Like Old Ashes. There are even times when he performs distorted, low-pitched spoken-word passages similar to Leviathan. The only part I didn’t like was his performance on the last track. The liner notes say they are “just screams of pain and hate”. Personally, I think they’re rather annoying. He sounds like a wounded man-dog hybrid. It would have been better if he stuck with the rasps and screams he was doing during the rest of the album.

Overall, this was an amazing demo. It’s filled with so much anguish and agony, the piano and keyboard sections are just plain beautiful, and the guitars are fucking amazing, especially when they do those powerful and awesome solos. It’s no wonder this demo got so popular within the depressive black metal scene. This thing is a total work of art. 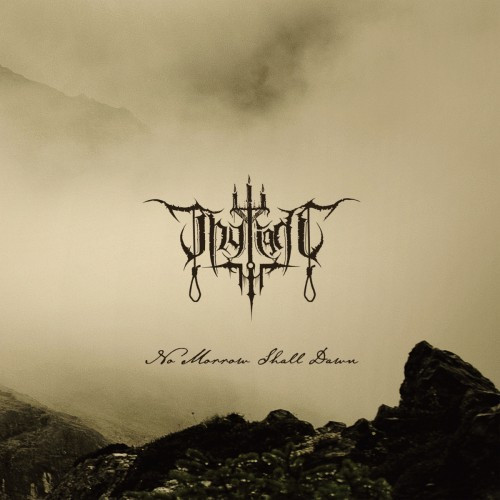 Thy Light – No Morrow Shall Dawn

It’s been six years since Thy Light released their amazing debut demo, Suici.De.pression. A lot has happened since then. In 2009, Austere released their breathtaking final album, To Lay Like Old Ashes. Lots of people listened to this and figured that they wanted a piece of the action. Soon thereafter, the depressive black metal scene was flooded with horrible bands who couldn’t write a decent riff even if their lives depended on it. Eventually, the depressive black metal scene collapsed under the weight of all the shit that was being poured on top of it, sort of like how the gaming industry collapsed back in 1983 because the market was over-saturated with atrocious games. The only two good depressive black metal albums I can remember from last year were from Nontinuum and Obolus, and that only because they refused to retread familiar ground and instead tried something different. So now we come back to Thy Light. They set a pretty high standard for themselves with their debut demo. Will their full-length debut live up to the hype?

The album begins with the track “Suici.De.spair”, which is an homage to “Suici.De.pression”. However, the tone of the piano is much more sorrowful, as if they are in dismay at how far the depressive black metal scene has fallen. It’s simple, but it’s still beautiful.

The first big change fans will notice is in the guitar tone. It doesn’t sound as cold as it did on the demo. To me, it sounds similar to Tortured Voice. I like Tortured Voice, but personally, I think this album would have been better if the guitars had cloudier distortion and a guitar tone that is as cold as death itself.

Despite this, the songwriting is still just as stellar as it was on the demo. The drums utilize more double-bass and cymbal work this time around, but they still stick to a moderate-to-slow pace. I assume the drums are still programmed, but they still sound just as natural as they did on the demo. Not only that, but the skill they display has been greatly improved, as they now like to play some great fills on occasion. I especially like how prominent the snare is. A prominent snare means the production is balanced and there’s no clipping.

As I said earlier, the guitar tone has changed, but the riffs are still excellent. They’re simple yet rather infectious and harken back to the days of Strid. They also play some tremolo riffs that radiate with a certain melody that just sways me. With all these changes in the music, you may be wondering if there are still solos. Luckily for us fans of the demo, there are still a plethora solos, and they are still fucking awesome. They resonate with so much unbridled energy, and the sounds they make just melt the soul, especially on the last song. On top of all that, they also include plenty of clean and acoustic guitars to diversify the experience.

As with the demo, the vocals are the best part of the performance. Paul Bruno still howls with as much pain and anguish as he did on the demo. They sort of remind me of Austere. Speaking of Austere, Tim Yatras makes a guest appearance on the title track, and he totally steals the show for me. His ghostly howls and screams sound just as agonized as they did on To Lay Like Old Ashes. I was most awestruck by his clean vocals near the end of the song. Every time I listen to him, I get chills down my spine and my hairs stand on end in awe of their passion and beauty.

This album is bound to divide fans. Some will like the improved songwriting, while others will hate the change in guitar tone. As for me, I don’t like the guitar tone – sounds much too bland for my tastes – but I still think this album has excellent songwriting, excellent guitar solos, and powerful vocals. The depressive black metal scene maybe dead, by Thy Light is still going strong.

These reviews originally appeared at The Autistic Metalhead blog. No Morrow Shall Dawn and Suici.De.pression are both available via the Pest Productions Bandcamp page, linked below.

2 Responses to “THY LIGHT: “SUICI.DE.PRESSION” AND “NO MORROW SHALL DAWN””