We’re going to be a little light on content today because your humble editor will soon be embarking on a drive with his spouse to Vancouver, BC, where we will then engage in various entertaining activities that do not include blogging. I do have one very unusual premiere to bring you a bit later this morning, one guest review, and this round-up of items that tunneled their way into my head yesterday and left its meager contents in a state of satisfying disarray.

The ghastly words sound as if they’re bubbling up through a lava pool in a caldera, the air rendered opaque with the suffocating stench of sulphur. Primitive occult riffs vibrate with unholy energy. The muffled thump of drums roll like an avalanche of skulls hitting a barren plain. A twisted guitar melody echoes like the recital of a satanic liturgy across the vault of a hellish cathedral. And damned if the thing won’t hook you right through the gills. That’s “Meianoite No Jardim De Deus”, a song by Sartegos.

Sartegos are one of the few metal bands I’ve ever heard of who make their home in Galicia, an autonomous community in northwest Spain with its own language. In English, the song I heard means “Midnight in God’s Garden”, and it’s as dark as the name sounds. It appears on a 2013 EP entitled As Fontes Do Negrume (“The Origin Of Darkness”) that was recently released on CD by Bloody Productions and is about to get a vinyl treatment by I, Voidhanger Records.

Although the vinyl won’t be ready until late October or early November, the CD itself is currently for sale at I, Voidhanger and Bloody Productions, and more info about it can be found at those sites via the links above. This song is an excellent concoction of ancient blackened death metal, and I’d now really like to hear more of what Sartegos have created. Check it out below. 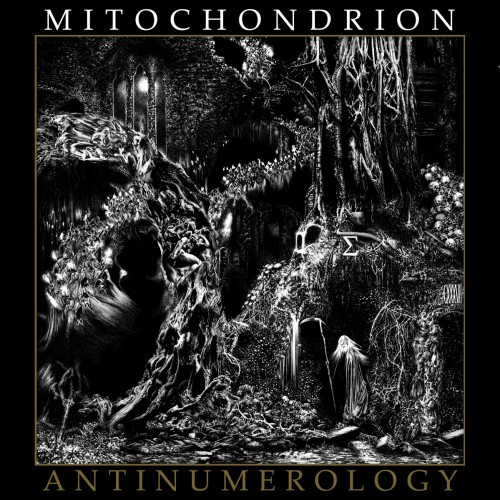 October 2012 was when I first reported that Dark Descent would be releasing a new Mitochondrion 7″ entitled Antinumerology, consisting of two new songs, “Insummation” and “137 (Antinumerology)”. Well, that finally happened — last month. The vinyl release comes with stupendous cover art by the stupendous Richard Friend and it can be ordered here.

I heard “Insummation” performed live when Mitochondrion trekked down from Vancouver to Seattle for a show last November (reviewed here), and I was flattened by it. But yesterday I finally got to hear the studio version of the song, and you’re about to hear it, too, because it’s now up on Bandcamp (but not for download, unfortunately).

It’s utterly bone-cracking and brain-pulping, with vicious riffs churning amidst a miasma of doomed atmosphere and horrific vocals proclaiming something unspeakable. The melody rings like giant bells at the end of time, and I can hear them ringing still. 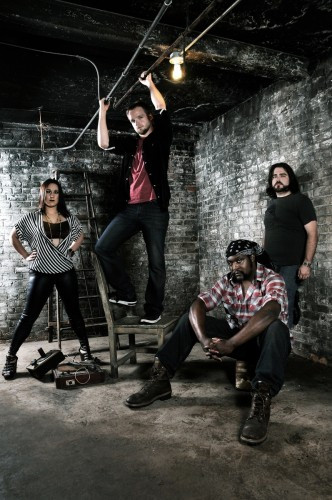 Protean Collective are from Boston, and I came across them for the first time yesterday via a new single they’ve just released named “Caldera”. The song is due to appear on the band’s second album, The Red and the Grey, which is projected for release in January 2014.

This song is far, far away from the sonic realms inhabited by Sartegos and Mitochondrion. For one thing, the vocals are entirely clean (obviously, an Exception to Our Rule), but they’re quite good, even though they actually sound like they’re being performed by a human being. For another thing, the music could best be classified as progressive metal. “Caldera” is a jolting, rhythmically complex song, the kind that will get your heart racing and your head spinning. Impressive instrumental performances and a very catchy melody make for an auspicious teaser for this protean collective’s new album.

Mastered by the masterful Jens Bogren, it’s a name-your-price download on Bandcamp.