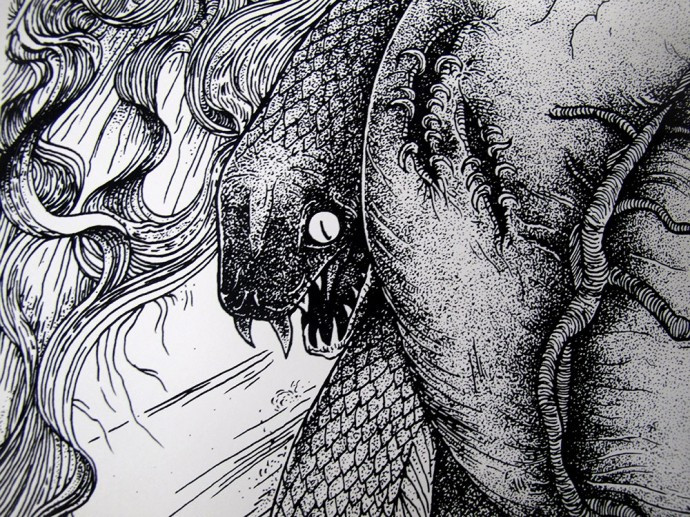 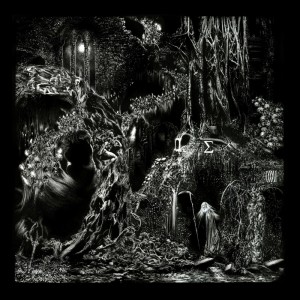 The artwork for the LP was created by Alexander L. Brown, and apparently will include a Parasignosis poster that looks stunning (not sure if this will be sold with the LP or separately). A detail from the poster is up above. A photo of the whole thing is just after the jump, and more detail shots can be seen here. This is really great work. 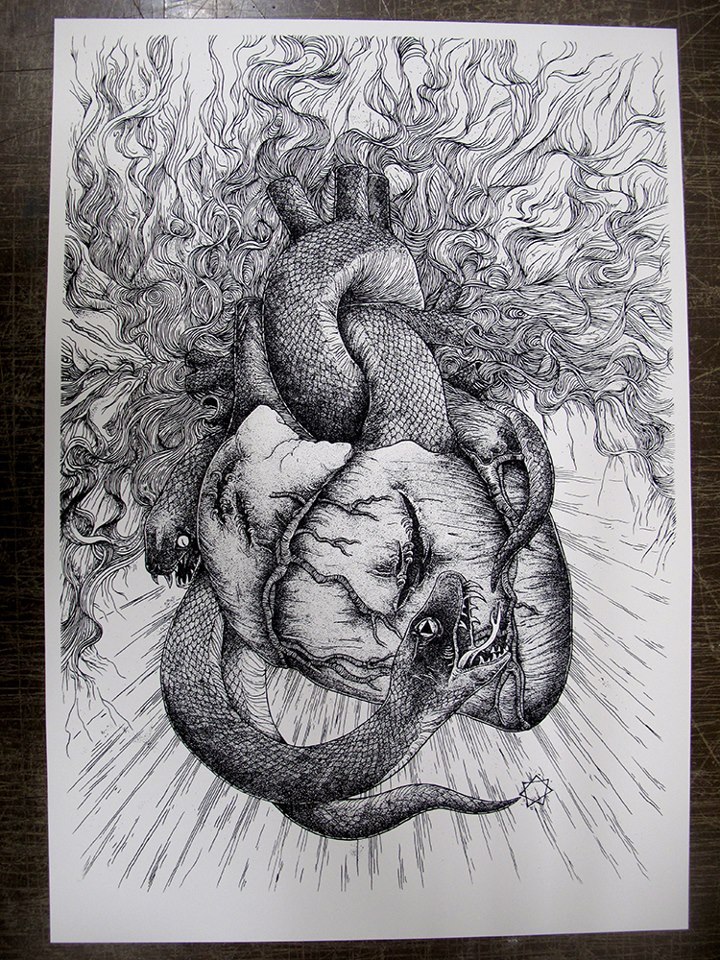 Retaliatory Measures are a Finnish band whose last EP, MMX, I reviewed here back in June 2011. I completely missed the fact that on October 26 Massacre Records released the band’s debut album Withdrawal Syndromes — but faithful Finnish reader jeimssi alerted me to the fact that not only is the album out, it was also streaming in full at KAAOSZine.

I say “was”, because the full stream has apparently stopped, though I did find samples from all the tracks at this location. You can go to here to order it. Here’s the album cover, followed by a pic from the band’s album release party: 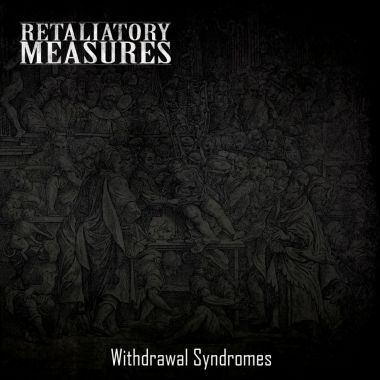 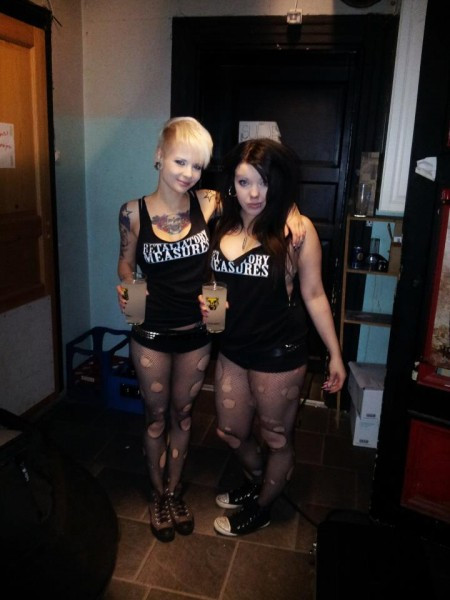 I’ve only listened to the song excerpts from the new album at this point, but I’m definitely liking what I hear. The music is a high-energy hybrid of old- and new-school death/thrash with dynamite groove and lots of infectious melodies. I feel an track of sore-neck syndrome coming on . . . 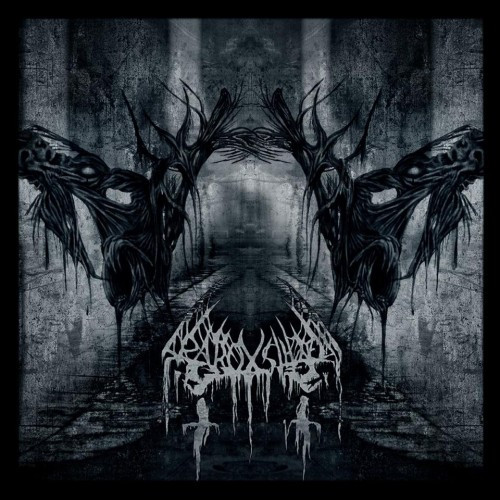 Well, it was only a couple of days ago that I posted about Toronto’s blackened death metal battalion Paroxsihzem. The cover art to their new self-titled debut album on the Dark Descent label is what grabbed my attention in the first place. Now, Dark Descent have released the second song from the album for streaming. Its name is “Vanya”. It’s a hellish battle tank of a song, full of grinding gears, booming artillery, and a commander barking orders like a mammoth werewolf. I must have this album. 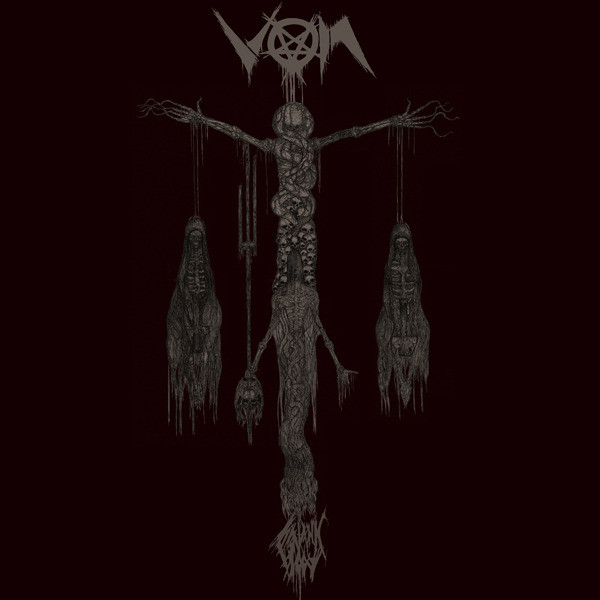 Von are a satanic black metal band from California who’ve been around since the early 90’s (they disbanded in 1992 but re-formed in 2010). Some people argue that they were the first American black metal band. They apparently achieved cult status after Varg Vikernes wore a Von t-shirt in court, and their songs have been covered either in recordings or live by the likes of Dark Funeral, Enthroned, Krieg, Taake, and Watain. And speaking of Watain, that band took their name from a track originally recorded by Von on their 1992 demo Satanic Blood.

Amazingly, after such a long and storied history, Von are only now released their debut album — also called Satanic Blood. It can be ordered here.

Today Terrorizer began streaming the new recording of “Watain” that appears on Von’s album. After a short creepy intro, the music begins to thrash and blast with infernal energy, accompanied by hoarse chanting that sounds . . . ominous. Check it out: 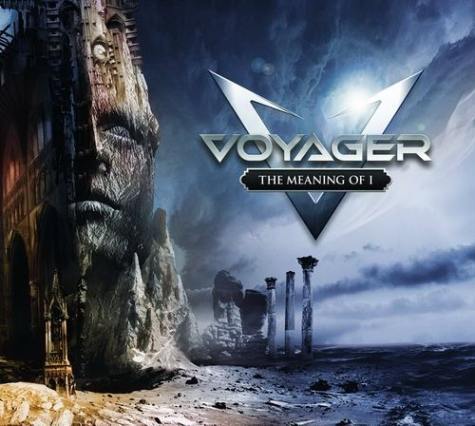 Voyager are an Australian progressive metal band whose 2011 album The Meaning of I got some love in our 2011 year-end lists, including a guest post by Steff Metal who wrote this: “This is an album stuffed to bursting with melodic, catchy songs that don’t stray from their purpose. The vocals, while clean, have a rough edge and an odd tone that gives Voyager a truly unique sound.”

In another guest post, Tr00 Nate echoed Steff’s praise: “Voyager is an Australian power/prog group that has captivated me these past few months. I think it has a lot to do with Daniel Estrin’s voice. It’s unique and unmistakable, which is a huge plus for any power metal band. Their songwriting is catchy and memorable, and the prog leanings never stray into the unbearably wanky. It’s also an incredibly laid back album, and is extremely easy to listen to.”

Today the band released an official video for the title track from The Meaning of I. It’s a catchy song, though not the kind of metal I usually prefer, and the video is fun to watch, especially when it puts some color in  the grey.