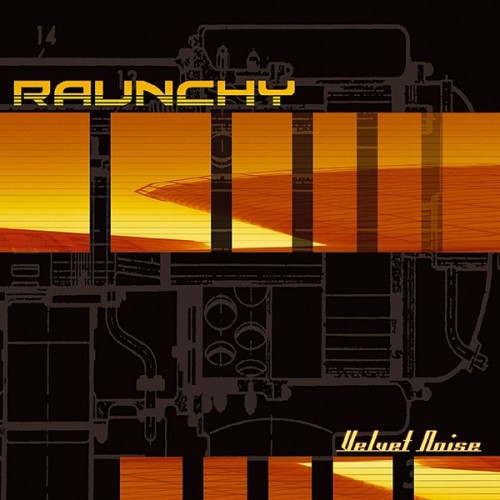 (We all forgot that when DGR joined the NCS staff he was subjected to a mild form of hazing. He, however, did not forget, though he did take his sweet time on the follow-through.)

So, fun story: When I finally became an official writer for NoCleanSinging at the beginning of the year, fellow writer TheMadIsraeli was wrist deep (and at risk of losing a very nice watch!) in his Higher Criticism series – in which he took on a group’s whole discography for something that was part history lesson, part retrospective, part modern day discussion of a group’s music as they had gone through the years. At the time it was Kataklysm, and the idea seemed very sound. It would require a ton of work, but it seemed like a fun way to bring up old discs and expose them to a new audience. Thus, as luck would have it, there would be some joking about how “we should make the new guy go through Raunchy’s discography hurf durf hurr”, followed by repeated head slamming into the keyboard as a sign that the caretaker should probably give them their lunchtime juice box.

Now, I will admit that the name alone tended to cause me to recoil – despite never having listened to any of the band’s music. It always seems like the name Raunchy is the butt of a joke, like it should belong to an R&B boyband, or a nu-metal group. Hell, the name alone has always felt like it was literally (and figuratively, and ultimately) two steps away from either being Rawnchy or R4unchy. Thus, because the name alone is fuck-awful, I’ve always recoiled at the idea of listening to their music. There was a lone voice of support from fellow writer Andy Synn, who has always owned up to having something of a soft spot for the band. I ignored him, because RAUNCHY. 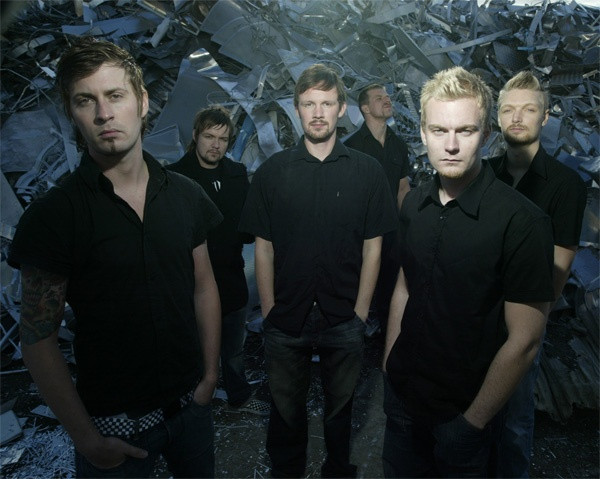 There are many things that I was likely to do before firing up a disc by a band named Raunchy, especially in a blind approach. I was likely to attempt finding a cure for cancer, learning to drive blindfolded, listening to a black metal group fronted by David Coverdale, finishing the Amon Amarth review that we realized none of us had written, learning what the heck was behind each movement in an interpretive dance, finding a full performance video of Ballet Deviare taking on Arsis’ A Diamond For Disease, or getting incredibly famous. Long story short, as funny as the guys were trying to be, it was incredibly unlikely that it was going to happen – and at no fault of the band’s. They could’ve been amazing, but the name kept throwing me for a loop.

But, allow me to explain something to you real quick, dear reader (Hi Mom!), caffeine is a wondrous drug and when combined with a lack of sleep it tends to affect me in a pretty odd way. I sort of take on an 80’s Eddie Murphy-esque Fuck It! Let’s Burn This Whole Thing Down! sort of attitude toward things. Thus, if you’ve followed anything I’ve done for a bit and have seen me post something incredibly stupid (ala my Shining performance video), then rest assured I’ve likely had a lot of coffee just prior to it. So all of a sudden I found myself with Wikipedia and YouTube open and listening to a stream, for my very first time, of the group’s first release Velvet Noise – because you know what?

Fuck It. Let’s burn this whole thing down. Let’s have some fun and see what happens when someone experiences Raunchy’s whole discography for the first time. No real history lesson, no modern day criticism, just terrible pontification and crappy assumptions.

Velvet Noise, as far as Raunchy are concerned, is a different as hell disc from what the band would eventually become. I say this, of course, with as little knowledge as humanly possible in regard to the band’s latter history. However, you can tell that on Velvet Noise much of the conflict of Raunchy’s career as it was described to me is present. They sound like a clash of different influences, a band unsure of what they wanted to be, yet  they were still able to kick out some decent songs – especially in comparison to the rest of the shit that I was listening to back in ’01. Of course, this disc would’ve felt like a gift from god then too, especially for a kid who had just recently been uprooted from the Bay Area and plopped down in Sacramento.

One of the striking things about Velvet Noise was that the roots of them becoming something of a metal band playing pop music were already showing in the group’s first release. They apparently ping-pong back and forth between genres quite a bit according to the other writers for this site, and they even do so on Velvet Noise. The disc as a whole has a very end of the millennium production style, even in the guitar tuning. It’s crazy to hear the nu-metal guitar crunch again, after years of finally purging that style from my system. It’s only in about four songs, because even in their early state Raunchy appear to be a band conflicted as to what they were doing.

Halfway through, all of a sudden, the keys make an appearance with a very dissonant and hollow sound, which has the effect of making Raunchy sound like Fear Factory with a metalcore frontman whose singing style was yanked right out of the grunge era with a bit of Spineshank thrown in.

Reading over that previous sentence makes me realize two things. One: How the group were signed, because at the time I imagine every record label was looking for bands who could combine radio rock and Fear Factory; and Two: That sentence sounds batshit insane and probably goes to show how a band like Raunchy might have had difficulties finding a foothold. This is also, as I understand it, the only disc with frontman Lars Vognstrup on it, before Kasper Thomsen stepped in.

On top of this, of course, is that Velvet Noise is a surprisingly heavy disc. I imagine that this album had to be a PR worker’s nightmare because every song has at least one or two moments where this group who have been doing a relatively simple metal tune all of a sudden throw in a crunching chug or incredibly heavy roar, so every song must have been incredibly difficult to pitch. But I can also see how Raunchy would’ve served as a gateway band into really heavy music. Some folks may have reacted as I did and mistaken them as a nu-metal group and then got something far heavier.

In terms of general musicianship, some of the heaviest moments on Velvet Noise would’ve absolutely crushed some of the warmed-over radio shit I was rocking out to at the time. I have no idea what sort of impact these guys had in Europe, but they must have gone really unsung. The music is weird and varied enough to make more exploratory fans interested, like me with the group 3, and they probably had a hell of a time trying to get people to listen to the band. The music on Velvet Noise isn’t as poppy as Andy described, but the bonus track “Never Be” actually does hint at what the group would become – as recognized by very limited samples on my end, trying to keep myself pure. It’s a keys-heavy song with some simple guitar behind it before, again, it gets really heavy.

As a man looking well into the past on this disc, I can see quite a few of the groups the band might have been listening to as they wrote Velvet Noise. It’s cool to think about, but I can’t really get a grasp on what sort of mark Velvet Noise left, other than making a bunch of people react to the group’s name by itself. I don’t want to try and pontificate on it, but as my first Raunchy listen, Velvet Noise is an interesting curiosity. I can see how, if this disc had landed in my lap back in ’01 I would’ve been absolutely amazed. To someone who is listening to it twelve years later, Velvet Noise is an interesting mix, partly a product of its time and partly a product of a band who use melodeath, metalcore, and mainstream rock elements. Thus, unfortunately, it is not something I can really grab onto right now. As a first tour though, it’s not as bad as what I was expecting.

The one thing I really take from this and expect to pop up as a constant theme as I move my way through Raunchy’s five discs is the refusal to adopt one style and the schizophrenic aspect of their music. Whether this is true or not, I don’t yet know. I am, however, excited by the three-sentence summary of their second disc Confusion Bay in the article at The Font of All Human Knowledge:

“Confusion Bay is the second album by Danish metal band Raunchy. It was recorded at Hansen Studios, July/August 2003 and produced by Jacob Hansen. The album gained great reviews and is by many still considered being the best Raunchy album.”

I’m excited to hear what is still considered being the best Raunchy album. I’m also terrified, too, by the idea that we may be peaking early on this trip.