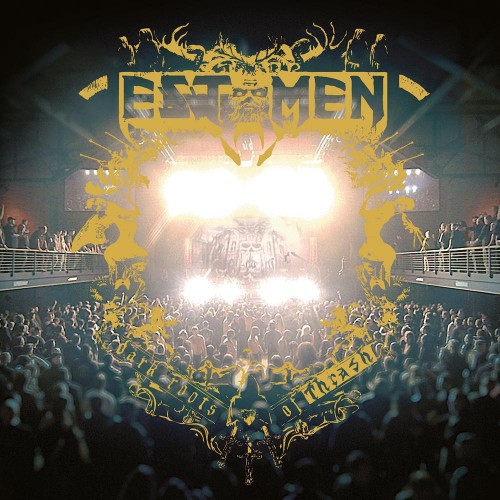 We’re working on a news and new music round-up, which should be ready soon, but in the meantime we thought you might want to thrash your nuts (or ovaries) off.

Dark Roots Of Thrash is a forthcoming DVD/2-CD release by Testament, which was filmed at their performance at The Paramount in Huntington, New York, this past February. It’s scheduled for release by Nuclear Blast on October 11 in Europe and October 15 in NorthAm. Not long ago, NB uploaded a clip from the DVD showcasing Testament’s performance of “Rise Up”, which appeared on their last studio release, Dark Roots of Earth.

Even though I’m not the biggest thrash fan, Testament are an exception for me. I do enjoy listening to Chuck Billy howl and Alex Skolnick shred, and they’re both in fine form in this clip, which was shot from about 1,000 different camera angles and strobes between them rapidly. Watch after the jump.

(The live release is being sold in a bunch of different formats and can be ordered here:  http://shop.nuclearblast.com.)