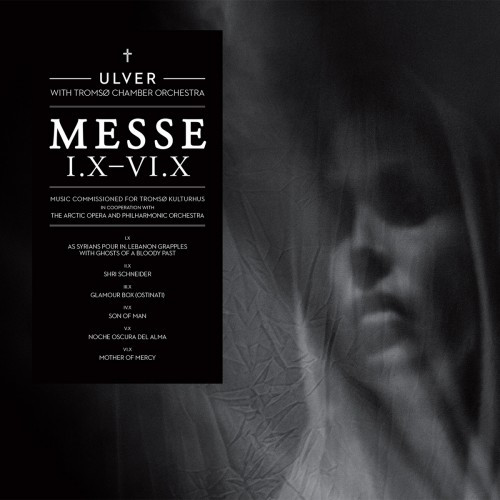 (Andy Synn reviews the new DIY album by Norway’s Ulver, with an album stream at the end of the review.)

Sometimes you have to wonder… why do Ulver albums still get reviewed on metal blogs? After all, the band themselves haven’t had a shred of “metal” in them for a long time.

Still, there’s a connection – and it’s more than just nostalgia or a sense of obligation due to the band’s “seminal” early years.

I know quite a lot of metal fans who love the strange, otherworldy music that Ulver make, but don’t really have anything else even vaguely similar in their music collections.

I think, ultimately, what draws people in, and what makes them stay with the band through all their digressions and deviations, is the boundless (stubborn, even) sense of artistic integrity they display. From poppy exuberance to dark psychedelia, they are a band who embrace, and revel in, contradiction. Each of their albums is simultaneously daring and difficult, challenging yet compelling, filled with a warmth of emotion yet governed by a calculating intellect.

And Messe I.X-VI.X is no different, in that regard. 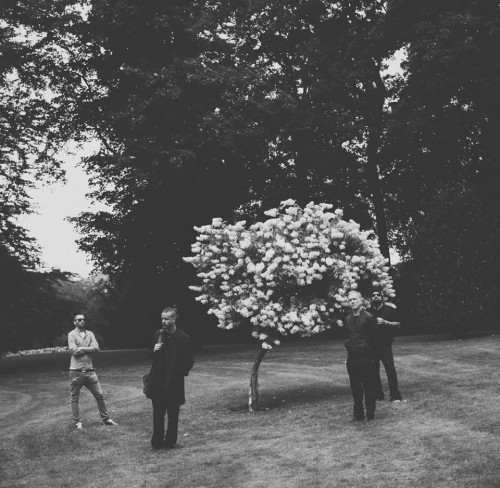 As they themselves say, “Much of this was recorded live, yet it is not a live album. We’ve spent long hours in the studio translating what happened that night”.

Again – contradiction. The music here is the result of a pre-planned composition, performed live, then re-translated in the studio. Both dynamic and controlled. Calculated, but with the potential for chaos.

Despite its seemingly contradictory nature, the struggling symbiosis between the organic and the electronic, each song on the album – each a movement in the grand ballet of sound and symbolism – has its place and purpose.

Unusually (and perhaps once again re-affirming the contradictory nature of the band), it’s almost 25 minutes before we hear the first sound of Kristoffer Rygg’s magnificent singing voice, on the solemn “Son of Man”. Yet that’s not to say the album is an instrumental one. To call it that would be a mistake. It’s threaded through with a multiplicity of voices. It’s just that few of them issue from a human throat.

Case in point, the lengthy and sombre orchestration of “As Syrians Pour In, Lebanon Battles With The Ghosts of a Bloody Past” uses its many instruments as voices, melodies rising and falling like phantom choirs of unseen angels. Above a moaning undertow of gloomy synths and soundscapes, the hiss and sigh and soft flutter of strings speaks with a universal tongue, cold foreboding building towards haunting rapture.

In contrast “Shri Schneider” is the conscious antithesis of this, a sci-fi soundtrack of psychedelic electronica which pushes the subtle wailing of strings into the background, natural nuance giving way to artificial artistry.

“Glamour Box (Ostinati)” brings the two together, first quietly – as the electronic elements twist the strings just so, and the orchestra respond in kind by moulding pulsing electronic rhythms into fluid forms – then louder, ebbing and flowing with a digital heartbeat so that the divide between the organic and the inorganic sounds becomes almost imperceptible.

The aforementioned “Son of Man” makes full use of Kristoffer Rygg’s plaintive vocals – albeit only for the barest of minutes –  using them sparingly to set the scene for a Hans Zimmer-esque orchestral offering, cut through with an undercurrent of simmering electronic tension, building into a glorious fountain of emotion, loss and longing, and quiet desperation.

“Noche Oscura Del Alma” is an oddity, waves of alien distortion cascading across a tapestry of low, rumbling, augmented strings. Its strange, cybernetic orchestration soon opens up into a piece of oddly disturbing ambience and unsettling atmospherics. Digital thunder crashes and symphonic shadows loom, as strange samples and broken shards of avant-jazz flit in and out of perception. It’s almost nightmarish, yet fits within the dreamscape atmosphere of the album.

After this, “Mother of Mercy” is like a balm to the soul, as Kristoffer Rygg’s soulful voice returns once more, wrapped in a soft shroud of weeping strings. Subtle synths slowly make their presence known, introducing unexpected trip-hop beats that flicker and fade almost as quickly as they appear. As the song progresses, this soothing harmony of sound is distorted and disturbed, the translation of live organic sounds into digital expression slowly stripping away its warmth until, finally, entropy conquers…

Messe I.X-VI.X truly is an album of contradictions – both modern and medieval, peaceful, yet agitated. It’s an album about love, and about the fear that engenders. Or it’s an album about fear, and the toll it takes on love. I’m not quite sure yet.

The band state that “Shadows reverberates – It feels like a companion piece.” And I agree with them. It’s a similarly powerful experience, and one that demands a certain level of patience and openness from the listener to fully appreciate.

If the stark minimalism of Wars of the Roses was in many ways a reaction to the languid, organic warmth and life of Shadows, then Messe must surely be its ghost, a haunting shade that follows after, as the night which comes with the setting of the sun. Where our dreams dwell and our fears linger.

(The album can be streamed below. It can be downloaded via the following Bandcamp link or ordered in physical formats here.)