It’s becoming increasingly difficult to make headway in listening to entire new EPs and albums when one is continually being distracted by the premiere of individual songs, especially when so many are so good. And that’s been the way the last several days have gone. So here’s one more round-up, though I’m limiting this one to two songs.

As previously reported, Season of Mist will be releasing the next album by Inquisition — Obscure Verses for the Multiverse — on October 29 in North America and October 25 elsewhere. In our last post about these developments, we included a collection of excerpts from all the songs on the album, but today brought the premiere of one complete track — “Darkness Flows Towards Unseen Horizons”.

There are good reasons why this duo are so highly regarded by lovers of extreme music, and this song proves the case again. It unleashes a flood of mounting intensity, yet couples the storm front of razored riffing and attacking percussion with ringing melodic chords and twisted soloing that provide the magnet for repeat listens. I still prefer the vocal roars to the cracked croaking, both of which are in evidence on this song, but this really is a thoroughly compelling song. Listen via the lyric video that comes next. 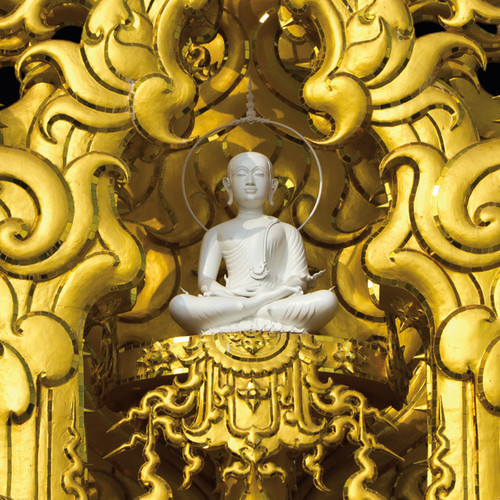 Yesterday I posted an unusual interview with Aaron Edge, whose new band Lumbar is a collaboration between him, Mike Scheidt of YOB, and Tad Doyle. By coincidence, all three names surfaced together again in an announcement by Profound Lore that I saw today, to wit:

On November 12, PL will be re-issuing YOB’s album Catharsis on the ten-year anniversary of its first release.  The album has apparently been out of print and tough to come by for years. I’ve never heard Catharsis, but it appears to have been a landmark work not only for YOB but also in the development of doom. It consists of three tracks — “Aeons”, “Ether”, and the 20-plus minute title track.

According to PL, this new re-issue was re-mastered from the original tapes by Tad Doyle, “giving Catharsis a more complete and warmer sound than the original”, and it will feature new artwork and presentation design by none other than Aaron Edge, with liner notes by Mike Scheidt — and there we have our trio again.

But I’m not writing about this just because of that coincidence. I’ve also heard the re-mastered version of “Ether”, and am loving it. It’s such a lumbering riff monster! Scheidt’s high, piercing vocals provide a sweet contrast with the burly, jolting instrumental music, and the purely instrumental section in the song’s mid-section is a very cool surprise. Heavy-ass music that’s a heavy headbang trigger, too.

8 Responses to “INQUISITION AND YOB”