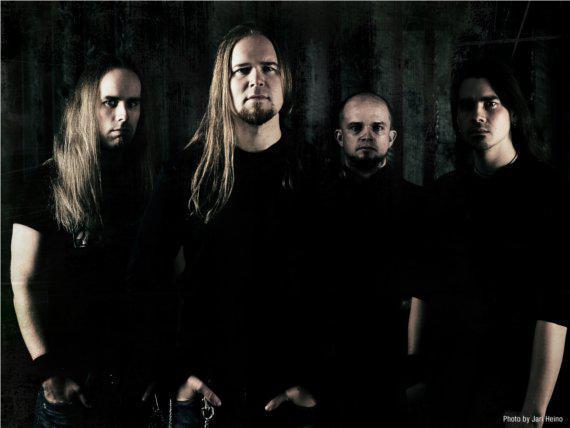 Today Finland’s mighty Insomnium have premiered a new song named “Ephemeral” via a lyric video. The song will eventually appear on the band’s next album, which is projected for release in 2014 by Century Media. The song includes, for the first time, the contributions of new guitarist Markus Vanhala (also in Omnium Gatherum), who replaced Ville Vänni in 2011.

The single will be released digitally on September 23 in Europe and will include, as bonuses, three acoustic tracks that appeared in the background of the latest Insomnium documentary DVD.

“Ephemeral” is recognizably Insomnium, though it’s more fast-paced and less melancholy in its tone than what might be thought of as the band’s classic sound. Yet the song is powerful, memorable, inspirational, and the lyrics are far more eloquent than most metal songs offer. Listen next: