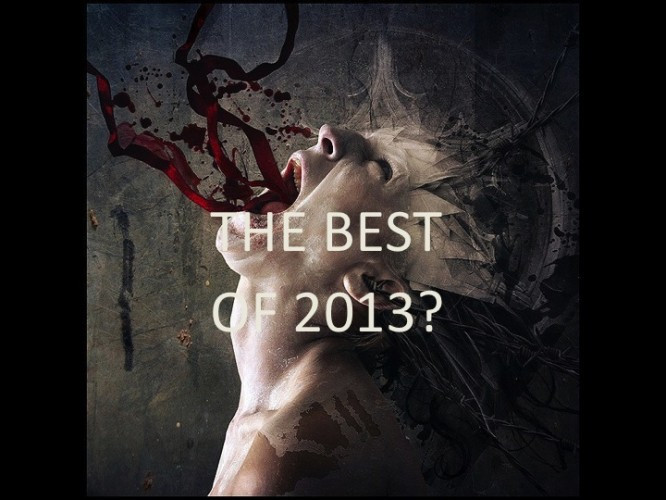 Near the end of every year since this fetid site sprang to fecund life in the fall of 2009, we’ve done two things (and we’ll do them again this year): We’ve compiled a list of the year’s most infectious extreme metal songs, and we’ve published lots of lists of the year’s best albums. Our best-album lists come from our regular staff, assorted guests, and many readers, but we also have a tradition of re-publishing lists announced by what I call “big platform” web sites, most of which don’t limit their content to metal (which is why they’re big).

One of the “big platform” sites whose lists we’ve regularly published is MSN Entertainment, which boasts over 23 million unique visitors to the site every month, narrowly edging out NCS in audience size. Since we started paying attention, the MSN lists have been compiled by seasoned metal writer Adrien Begrand. Last year MSN rolled out his Top 50 in segments during the week that ended December 21. This year, they appeared in one fell swoop — today.

This may have something to do with the fact that Begrand is leaving MSN Entertainment, and today marks the end of his “Headbang” column over there. On the other hand, he confidently states: “Although it’s two months early, we music writers are already very nearly through the year, and of the few releases I haven’t heard, they won’t alter my list dramatically at all, especially the top 30, which is ironclad.”

First of all, there are actually a full three months left before the end of the year. It’s true that the flood of metal releases does tend to diminish as the year draws to a close, and it’s also true that most year-end lists do start rolling out about two months from now, but still: September 30 seems way early as a time for publishing a “Best of the Year” list.

The next three months will bring a lot of new underground releases as well as new albums by higher-profile bands, many of which aren’t in the hands of most reviewers yet or have only recently arrived. Just to pick a few at random: Broken Hope, Fates Warning, Pestilence, Inquisition, Hail of Bullets, Kataklysm, Skeletonwitch, Sepultura, Gehenna, East of the Wall, Valkyrja, Castevet, Necrophobic, Glorior Belli, Godflesh, AEvangelist, Deicide, Eye of Solitude, Mithras, Lascaille’s Shroud, Soreption. Hell, word has it that Gojira’s Sea Shepherd EP may also finally be released in December.

Seems like there’s at least a possibility that at least one or two albums on the way might be serious candidates for a Best of 2013 list, no? Especially when the list is 50 entries long.

Which I have to say is another minor gripe I have about this list. When most people don’t even listen to 50 albums in a year, that seems like a very long list. When a list passes a certain length, I think it starts to become less useful to people interested in discovering new music. But maybe I’m off-base there (I can’t even manage to make a list of my own, so I don’t have a lot of room to talk). What do you think?

I will say that I do think Adrien Begrand’s list is a good one — it’s diverse, and based on the albums I’ve heard that appear on it (which is most of them), he has a lot of good choices, though as always we can quibble with his rankings. Interesting pick for the Album of the Year — it does make me more eager to hear all of it.

Anyway, here we are, already at the start of 2013 Listmania. Below you will find the MSN Entertainment Top 50. Should you be moved to start musing about your own picks for the year’s best albums (so far!), or if you have thoughts about this one, please leave a comment.

35. Powerwolf, “Preachers Of The Night” (Napalm)

32 Responses to “LISTMANIA HAS BEGUN: THE MSN ENTERTAINMENT TOP 50 (SERIOUSLY?!?)”