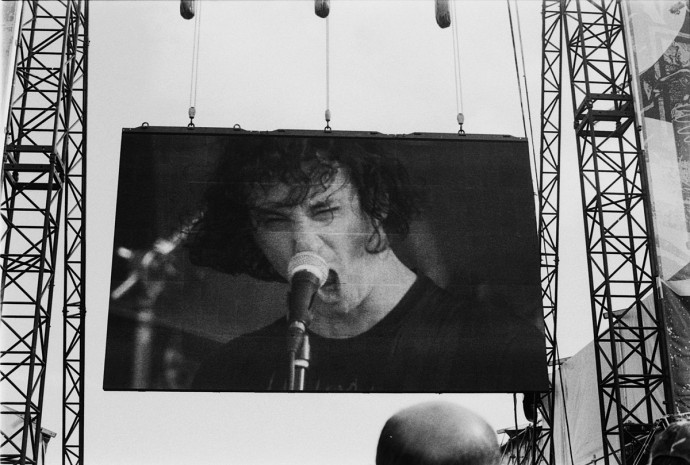 Beginning this Friday and for the following week, you will be able to stream Gojira’s 50-minute performance at Hellfest 2013, the French metal festival in Clisson, France. Gojira performed on June 23, and according to this site their setlist consisted of the following songs:

As for where you can stream the film of the performance, well, you can do it right here because the player can be embedded and I’ve embedded it.

Or you can go to this location:

The show begins on Friday at 7:00 pm CET. For fun, you non-French-speaking readers peruse Google Translate’s contorted rendering of the text that appears at the French ARTE Live site, which is hosting the video. I’ve put that just below the player. Might as well have some fun while we wait for the show to start.

(thanks to Alexis for the tip about this)

“With a name as a nod to Japanese monster Godzilla, borrowings Tibetan mantras and Hindu pantheon, and a prominent place alongside the great American metal (they toured with Slayer, Metallica, Trivium or Lamb of God ) Gojira like herring. Yet it is in Bayonne that this ambitious project was born. Eclectic in his music in its cultural references, the group combines a death metal of the highest technical melodious passages, likes to vary the rhythms and moods, which is their being often placed in the ” metal category progressive.” Actually difficult to classify these long beaches energetic, chaotic and sometimes acrimonious, sometimes symphonic. Ultimately, what makes Gojira, it’s probably their requirement constantly renewed, and their strong desire to give meaning to their music with nature and spirituality as recurring themes in their compositions, Gojira merit category alone ( the metal transcendentalist?). The French clissonnais walk the floor for the third time, and probably defend their latest release, The Wild Child, which has met with international success.”