(NCS guest writer Kevin Page interviews Tuomas Saukkonen of Wolfheart and formerly of Before the Dawn, Black Sun Aeon, Dawn of Solace, and Routasielu. Wolfheart’s new album Winterborn will be released October 11.   This is Kevin’s second NCS interview of Tuomas; the first one can be found here.)

K:  The last time we spoke in March 2012 was when Rise of the Phoenix came out.  You seemed energized over the new direction of Before the Dawn and were ready to move forward.  Now, here we are 1.5 years later, Before the Dawn, Black Sun Aeon, Dawn of Solace, and Routasielu have been stopped, and your sole project is now Wolfheart.  What happened ?

T:  Well I kept on moving forward . There are a few songs on the last BTD album like “Throne Of Ice” and “Eclipse” which opened the door for Wolfheart musically and I didn’t feel like to follow that path with Before the Dawn anymore. Also Before the Dawn started to feel more and more as a job during the years and I needed to regain the passion toward music even if it meant taking a few steps backwards career wise.

K:  Was there a sudden realization one day that “I’m bored, I need to stop this” or was it a gradual thing?

T:  A gradual thing.  Already while working on Deathstar Rising I felt like this might be the last album for Before the Dawn. Then came big changes and a lot of energy came with that album.  But that energy went to music and song writing instead of leading the band.

K:  Was there ever a time over the years where it felt mentally draining juggling numerous bands at the same time?

T:  Nope.  There were times when I felt mentally drained by one band.  Sometimes crazy schedules, just simply a lot of work, problems with labels etc.   And during those times it  was a big relief to have other projects to pour my creativity into. 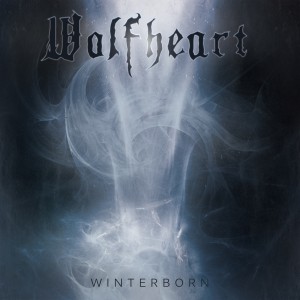 K:  So now you don’t really have another outlet to go to in times of stress.  Does that feel odd or make you nervous at all?

T:  Not yet at least. I have outsourced many things now.  All merch goes thru Mad Supply (Nightwish, Ensiferum etc) and also all Finnish booking goes thru Live Nation Finland. So now I can focus more on the music and I’ve already started writing music for the 2nd Wolfheart album.

K:  You’ve alluded that friends and colleagues weren’t too happy with the name “WOLFHEART”.  Why was that and what was your response to them?

T:  I got soooooo much crap about the name. But in this case the name chose itself. I was recommended dozens of other options but it just felt right from the second I got it in my head.

K:  What made it feel right?

T:  Dunno….hard to say…first impression I had was “this would be a cool name” and after 6 months was still thinking the same.

K:  Before I tell you my opinion on the new album, Winterborn, due this week on October 11, 2013, tell me what you feel it sounds like and what you are trying to convey, lyrically and musically?

T:  To me it sounds like a combination of all of my previous projects.  It also captures the whole winter spirit I have been chasing with all Black Sun Aeon albums and with the last Before the Dawn album.  It’s also the most personal album I have done, so it sounds like me.

K:  Pretty close to what I would say as well, but let me expand on that.  Feels almost equal portions Before the Dawn and Black Sun Aeon musically, but the production has a slightly “looser feel” this time around, maybe closer to a Black Sun Aeon album.  The drums have a very “live” sound to them and the guitars are more pronounced (and in your face) in the mix.  And I loathe to use the term “epic” under any circumstance, but the general vibe it gives off, is just that.

T:  Haha.  Well epicness was definitely a goal, to make a soundtrack to a winter movie.

T:  Haha indeed….I am far from a serious person when it comes to music. It is a serious matter but also the joy of life and the biggest fun man can have with his pants on.

But as you know, it has also been done without pants in my case. 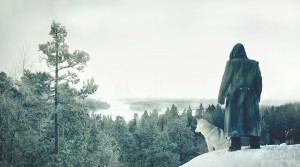 K:  Do I even dare venture down the path of “Finnish Men with no pants”?

K:  Do most Finnish men play Angry Birds “commando” or something?

T:  Dunno about others but I play it when I’m in the toilet.

K:  My apologies to Mika for that being the lead in to talking about his involvement.  Hahaha

So Mika Lammassaari (Eternal Tears of Sorrow) contributes 5 solos on this record for you.  How did that come about?

T:  I have known Mika for a long time and been a big fan of his playing. When the songs started to get some shape in the studio it started to feel like some guitar solos were needed and he was the 1st choice.

K:  Any reason why people you’ve worked with a lot in the past (Juho Raiha, Mikko Hikkila) didn’t appear on the album?

T:  Juho recorded and mixed and also mastered the album so he was very much “in the team”.  I also wanted to make this album without clean vocals (so no Mikko). The main idea was to make the album the same way as all the Black Aun Aeon albums:  solo work in the studio.

K:  Besides Mika, who else will be performing “live” with you?

T:  Esa Uusimaa from Finnish band “Rain Of Acid”.  A really good friend, and I have produced two Rain of Acid albums and also played drums as a session live member for them. On drums I have Joonas who played drums on the last Before the Dawn album and the following European tour. 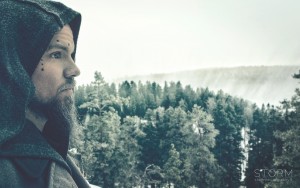 K:  You’ve decided to release this album yourself.  No Cyclone Empire /Stay Heavy/Nuclear Blast involvement this time around.  Not that this is odd in this day and age, but what made you decide to do it yourself?

T:  Just needed a small break from the music business. Also, I didn’t feel like I would have the best possible negotiation status when it comes to the labels.  I felt it better to kickstart Wolfheart on my own and when the wheels are rolling, then focus more on labels.

Not my plan to keep on releasing more Wolfheart albums on my own.

K:  You said before you have already started writing the next Wolfheart album.  In what direction do you see it headed?

T:  Fast analysis of the new song = goooodamned fast.  Melodic and epic blastbeat explosion. Can’t say anything about the 2nd album in general.  But seems that it will be more varied and bigger in all ways.

K:  You have any live gigs/festivals lined up yet?  If so, where can people see you perform?

There will be a Finnish tour in Winter 2014 and already started booking the summer festivals for 2014 but I can’t say anything about that yet.

K:  So what bands/type of music do you listen to when stuck in Finnish traffic, working out, sitting around doing nothing?

T:  Hmm…while sitting around I usually watch movies or have a guitar on my lap.  While working out, lately been listening to Whitechapel, Moonsorrow, and Hypocrisy.

Luckily not much traffic in Finland…it is a country with half of the population of London. 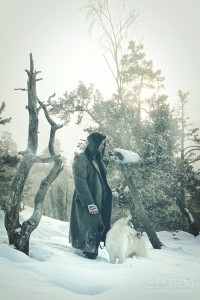 K:  Whitechapel?!?!?!  If I was a dishonest individual, I’d strike that from the record to protect your reputation.  Hahaha.

K:  So who are some of your musical influences?

T:   I am not really influenced by any musicians other than drummers.  I have been lucky to  work with amazing drummers who have been a huge inspiration.

K:  You don’t have a band or artist that made you say “I wanna play guitar/drums/write music”?

T:  Hmmm….not really. I started to learn on my own with each istrument and litte by little started to follow other musicians.

K:  Interesting.  You are quite the engima, wrapped in a salmiakki drop.

Thank you for your time & best of luck with the new album.

Follow Wolfheart on Facebook at this location.  Winterborn can be can be pre-ordered here, and it will also be released on digital platforms such as iTunes and Amazon. To stream the album in its entirety, go HERE (or here).