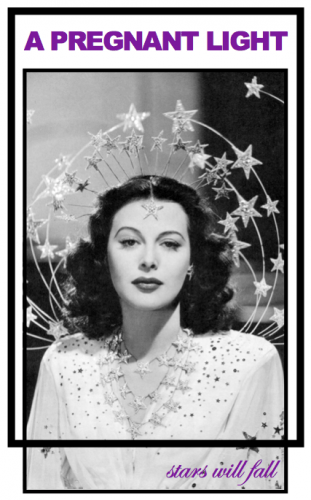 I knew nothing about A Pregnant Light before listening (repeatedly) to the band’s latest two-song release, Stars Will Fall.  What I had to go on, besides the recommendation of NCS supporter Utmu, was artwork consisting of a photo of Hedy Lamarr from Ziegfeld Girl, the band’s self-chosen genre label of “purple metal”, and lyrics that although poetic and mysterious were also emotional and angst-ridden, speaking of “panic and love”, falling stars, being caught between the sun and the moon. I nearly made a fast U-turn back toward the realms of the eviscerating and destructive music where I usually dwell, because I interpreted these signposts as warnings of a possible trainwreck ahead.

But I thought, it’s only two songs, and although they’re longer than average, I can make my U-turn at any point before getting far enough into the wreckage to do permanent damage. Forging ahead turned out to be a really smart move.

Those two songs blur the lines between black metal, hardcore, post-metal, punk, and post-punk — and who knew all those lines were close enough together to be blurred? The music rides on rocking rhythms, with “Stars Will Fall” the more hard-driving and rambunctious of the two and “My Life Outside the Party” somewhat moodier. But the key to both of them is that they’re tremendously infectious, with melodic hooks and compelling rhythms that exert a strong magnetic pull. 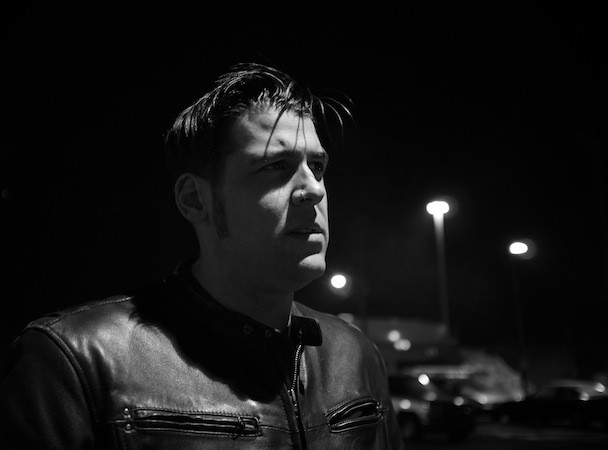 The songs are anchored by a rumbling bass and clever drum progressions that build and ease the tension, while ringing guitar chords and rippling tremolo leads work those hooks into your head. The energy ebbs and flows as the songs both rock hard and glimmer hypnotically, while an undercurrent of darkness puts an edge on the blade. There’s also enough fuzz and grit in the production to give the sound a garage-band honesty that fits the obvious passion which pulses through the music.

A Pregnant Light turns out to be a one-man project whose sole member dwells in Grand Rapids, Michigan, and goes by the name of Deathless Maranatha. In addition to being a gifted songwriter and a capable musician, he puts a lot of raw power into the vocals. His hoarse, echoing howls fall more on the hardcore side of those blurred genre lines, sounding both angry and agonized, with rare breaks into soaring clean vocals.

Stars Will Fall also turns out to be merely the latest in a series of 11 demos, splits, and EPs dating back to 2011, and the third release of 2013 alone — all of them initially distributed on tape by an obscure Grand Rapids-based label named Colloquial Sound Recordings. One wonders what other gems might lie scattered across that fecund landscape. This latest release makes me anxious to find out; U-turns are now out of the question — I’m sticking to this road and driving straight on through.

Stars Will Fall and other releases by A Pregnant Light can be found on the Colloquial Sound Bandcamp page, here. Stream the title track to this most recent release below.

5 Responses to “SHORT BUT SWEET: A PREGNANT LIGHT — “STARS WILL FALL””