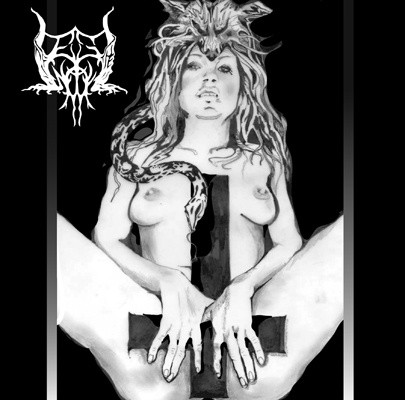 The mail came. It included a soft brown package with an unexpected CD inside, the CD adorned with the cover you see above. I gazed upon it, I read the band’s name and the album’s title, and the tumblers in my mind fell into a certain configuration. I felt sure I knew what the music would sound like: guitars like razors scraping glass, an unceasing barrage of muffled blasting drums, vocals sulfurous enough to kill all the insects in my house, a lo-fi torrent of raw and ripping black metal. And that would have been fine, but maybe not worth writing about.

But this four-song EP by Bog of the Infidel (from Providence, Rhode Island) proved to be more than I was expecting. It is indeed black metal, and the vocals did indeed save me the cost of an exterminator, though they are more in the vein of hoarse, harsh roars and howls than demonic shrieking. But I sure wasn’t expecting that the opening track would be a bright, vivid, classically influenced acoustic guitar instrumental. And that was just the start of the surprises. 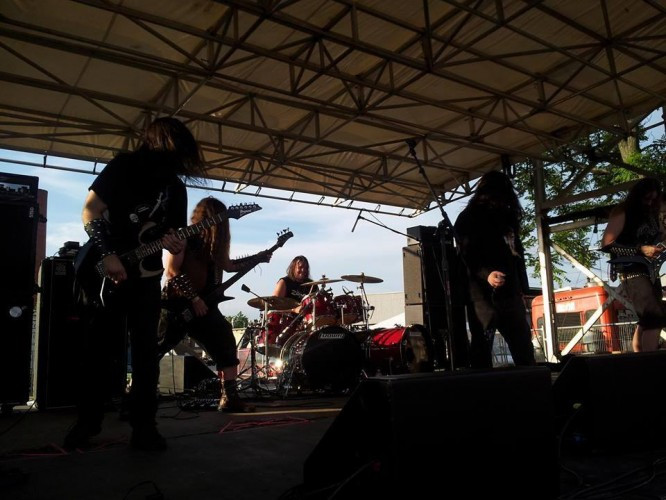 The music is filled with cold nocturnal melodies, the layered guitars delivering a vibrating wash that moves in powerful waves, with rippling lead notes rising and fading in their midst. There is a level of complexity and intricacy in the guitar performances — a level of sophistication — that draws the listener onward in their wake, and the soloing is also quite good. Yet while melodic and even beautiful in its bleakness at times, the three songs that follow the introductory track are still surrounded by an aura of evil menace.

The dynamism of the guitar performances is matched by variation in the rhythms and tempos. Though the music always radiates energy, never really becoming slow, there are nevertheless ebbs and flows in its intensity (and blast beats appear only rarely).

But perhaps the biggest surprise comes from the contributions of the bassist. Far more than simply keeping time or driving the rhythms, the bass notes are nimble, active, and prominent in the mix, often creating melodic harmonies with the guitars — a coequal part of the music rather than a dutiful assistant.

The band openly state that they are impelled by the spirit of Somberlain-era Dissection, and you can indeed feel the spirit of that superb album moving through To Corrupt Your Sons, beginning with that classical acoustic piece which launches the EP. It’s a fitting and very enjoyable homage to a ground-breaking band at the height of their powers. If only Necrolord could have been induced to provide the cover art….

To Corrupt Your Sons and Lust After Your Daughters is available on CD from the Eternal Death label (here), and it can also be ordered and downloaded from Eternal Death’s Bandcamp page. Bog of the Infidel’s Facebook page is linked below, and after that you can listen to the whole EP.

10 Responses to “SHORT BUT SWEET: BOG OF THE INFIDEL — “TO CORRUPT YOUR SONS AND LUST AFTER YOUR DAUGHTERS””