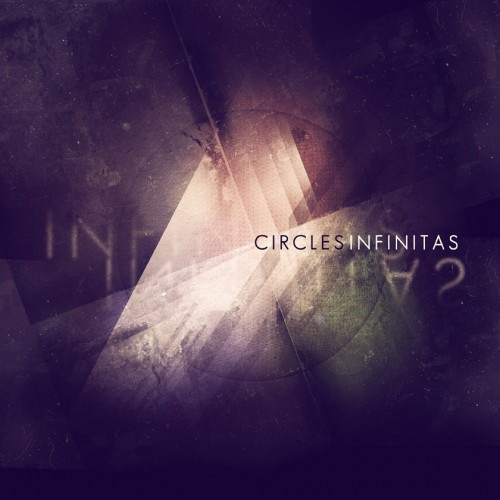 (Victimized by technological unreliability, TheMadIsraeli has been absent from our pages recently, but returns with this review of the new album by Australia’s Circles, which is out today via Basick Records.)

I’m finally back after experiencing another hard-drive crash and trying to get back on my feet with school and all.  Thankfully I have all this week off, so expect fuck tons of shit coming your way.

This band, and this album, represent what may very well be the epitome of the dirty word/guilty pleasure/shit you just shouldn’t like as a metalhead.  I have three dreaded genre names, and these guys are in all three.  Ready?

I know. But bear with me.

I’ve talked about Circles before, when I reviewed their debut EP here on NCS.  For me to appropriately address this album I think I need to go into a bit of surmising.  It’s safe to say that a lot of metal heads, whether they want to admit it or not, can appreciate a good pop metal record once in awhile (think Mercenary’s Darker Days Ahead, which appeared earlier this year), though more often than not we tend to be unwilling to admit this.  Sometimes you just want something that’s heavy enough, but has the hooks and melodies that will stay in your head for days. 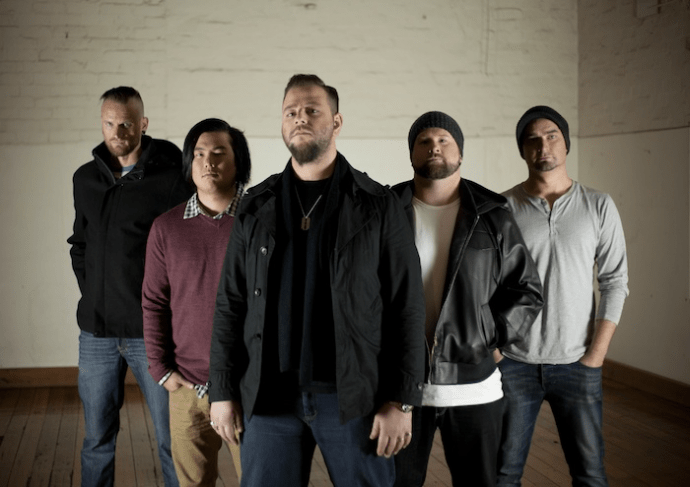 Djent — and I think we all need to stop beating around the bush about it — IS Nu metal 2.0.  You can deny it all you want, as a lot of people seem desperate to do, defending it as somehow a bastion of progressive flourish, but it’s simply not.  This is the new era of pop metal, and it seems to be here to stay for a good while.  The mainstream take on the style, as it’s been established by the likes of Periphery, TesseracT, and Ever Forthright, might have a degree of complexity to it that Nu metal didn’t have, but the source of the heaviness and the basis of the music are all the same.  It’s ryhthm music, groove music, with (or it should have) really well written vocal lines and a helping of angst. Bands such as Monuments even channel the Nu metal rap energy into it (and I don’t even need to mention Hacktivist, though I just did). So really, I don’t see why people are still trying to make this stuff more than it is.  It does have its own elements, but the elements unique to it are merely the natural evolution of Nu metal as a whole.

That isn’t to say djent in and of itself is bad, although the majority of it is insipid, uninspired, trend-hopping dreck.  Once bands went from trying to be as heavy as Meshuggah to homogenizing it with clean vocals and more melodic approaches, the style’s potential really showed it’s true colors: Only a very talented few would become legitimately noteworthy.

Looping back around to Circles themselves, this is a band who seem to have an absolute self-awareness of what I’ve tried to describe above.  They love the low-tuned guitars, the syncopated grooves, the bouncy feels, the sickly sweet catchy vocal melodies, all the while applying a slightly proggy touch to the music, but only just enough to avoid polluting the straightforward bravado of what they’re doing.  Combine this with an astoundingly badass vocalist who may well be the Caucasian version of Sevendust’s Lajon Witherspoon and the band’s astounding sense for creating music that, despite its simplistic roots, is layered and really well thought out, and you have what may very well be the catchiest album I’ve heard all year.  Which is saying something, ’cause I really fucking liked that Mercenary record.

The thing is, a good deal of Circles’ influence is not derived from their contemporaries, but from those Nu metal and Alt metal bands of the 90’s.  The djent elements are there, but filtered through a band who sound like they grew up listening to a fuck ton of Sevendust, Static-X, Spineshank, and Memento.  Ultimately, Infinitas is everything right about melody-driven, hook-centric heavy music.

As such, the styles intersect a lot.  The music is driven in part by low-tuned riffage that usually maintains enough technicality to keep it interesting, as well as simplistic walls of chords and drones for the sake of making the vocal lines shine when they really need to.  The music is also driven by synths quite a bit and a lot of surprisingly tastefully implemented dubstep-isms while not breaking into full inclusion territory.  This album, against all heavy music convention, touches every currently taboo and reviled note and yet make them oh so pleasurable to listen to.  I don’t know how the fuck they do it.

A huge part of the music’s success must also be credited to vocalist Perry Kakridas.  He virtually carries Circles on his shoulders, because as compelling as the instrumental part of their sound is, his vocal melodies and tonality are tremendously important.  As mentioned, he very much lines in the vein of Lajon Witherspoon from Sevendust, and his newly introduced screams bare a strong resemblance to Sevendust drummer Morgan Rose’s “crow” scream with a lower pitch.

The instrumental part of Circles, though, is immensely impressive.  The guitar front showcases an insanely astute appreciation for in-the-pocket simplicity while also breaking out just enough to keep you hooked as a listener.  It’s really song-dependent, and I’d have it no other way.  Some songs, such as “Responses” or “Another Me”, are minimalist to the maximum, to emphasize the layers provided by the electronics, clean guitar overhangs, ambience, and Kakridas’ vocal melodies. Others, such as “Ground Shift” (which in line with the band’s prog fringes boasts an out-of-nowhere completely devastating breakdown) or “So It Is Below”, are definitively more active.

Infinitas is, in few words, an odds-defying album.  It brings in so many stylistic elements that in other hands have become tired, cliche’d, and generally deplorable, and yet knits them all together in a way that delivers a feast of melodies, hooks, heaviness, and ambience, with some of the best vocals in this kind of music you’ll ever hear.  I thought The Compass EP was a victory, but with Infinitas, Circles have won the war.

Find Circles on Facebook here. Infinitas can be obtained on Bandcamp via  this link. Stream the full album below.