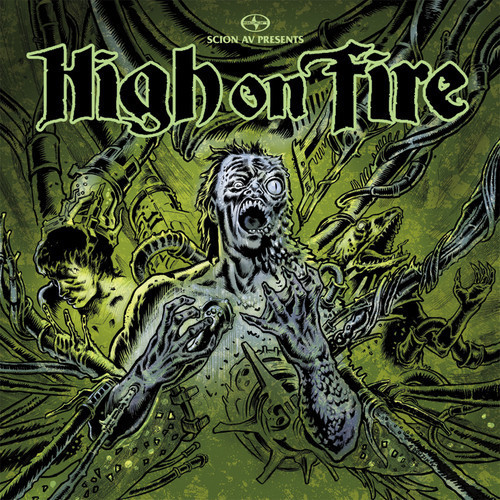 Scion A/V does it again. Today they’ve made available for free download a new single by High On Fire. Entitled “Slave the Hive”, it’s the first new HoF music since De Vermis Mysteriis (2012). The single will also be distributed as a limited edition 7″ vinyl on the band’s upcoming, Scion A/V-sponsored North American tour, which begins November 10 in Atlanta and finishes in Los Angeles on December 12. Kvelertak will be along for that ride, with Doomriders, Pack of Wolves, and Windhand each opening on segments of the tour. All the tour dates are at the end of this post.

“Slave the Hive” is a thrashy speed demon of a song, trailing smoke and leaving skid marks on the pavement — and it includes a howling guitar solo that will set your hair on fire. Matt Pike’s vocals are high-octane, too. Very fuckin’ good metal. Listen next, and go HERE to download it.

4 Responses to “HIGH ON FIRE: “SLAVE THE HIVE””