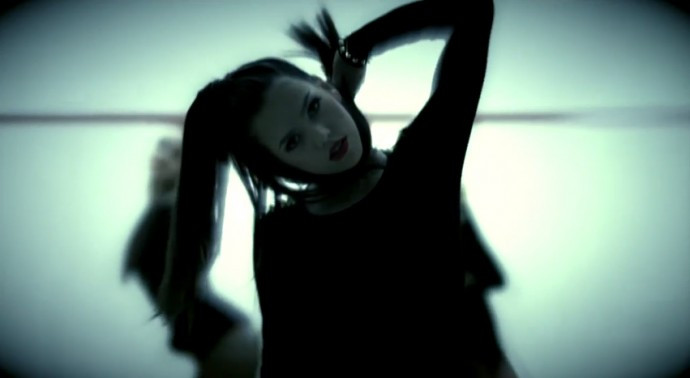 I came across the three things in this post and they just seemed to go together. I really don’t know what else to say by way of introduction, so I’m not even going to try. Let’s just get on with it . . .

Are you like me? When you listen to Behemoth’s “Alas, Lord Is Upon Me”, do you feel like thrusting your pelvis, twerking, and trying to strangle yourself with your hair? Yeah, I thought so. It’s a common reaction. But not all of us are willing to get in front of a camera while we’re doing that. Thank goodness that Aneta, Katarzyna, and Izabela felt no such inhibitions.

Here they are, performing their dance routine to Behemoth’s classic at the Modelarnia fitness center in Bielsko-Biała, Poland. I feel sure that in no time “Alas, Lord Is Upon Me” will rapidly become a part of fitness routines worldwide, right up there with Deicide’s “Fuck Your God”.

(thanks to Andy Synn for the tip about this video, which he prefaced with the words “So… what the f?”)

BEHEMOTH ON THE MARIMBA

Speaking of people willing to take Behemoth’s music in new directions, I give you Matthias De Hantsetters. Matthias is an 18-year-old dude living in Belgium who loves metal. Apparently, he also loves the marimba. So without further ado, here’s Matthias doing his playthrough cover of “Ov Fire and the Void” on the marimba. Rock on…

And what better way to finish off this round-up of Behemoth What the Fuck? than a video of Behemoth’s Nergal singing a tender acoustic ballad at Radio Roxy in Warsaw, Poland, with a couple of the radio personalities. At least I’m guessing that’s who they are.

12 Responses to “YOUR BEHEMOTH ROUND-UP FOR TODAY”