Go HERE if you want to listen to “Obscure Verses for the Multiverse”. 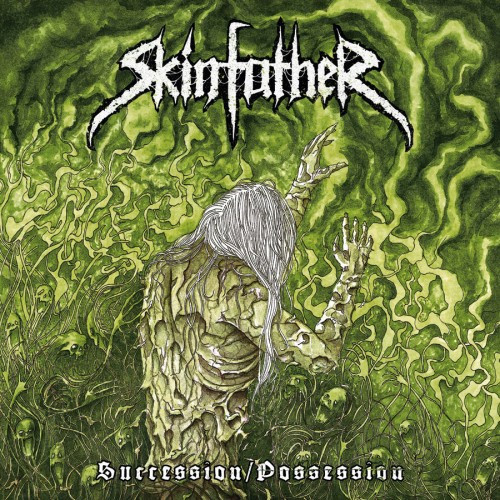 This Southern California band seems to have taken its name from a Dismember song, and once you hear their music you’ll understand why. I’ve been cranking their three-song EP Succession/Possession since discovering it this morning via NCS backer deckard cain’s new blog venture Ancient Horadrim Tap Dance. Originally released as a 7″, it’s now available on Bandcamp for the price of pay-what-you-want, and man, is it good.

As deckard says, it’s stripped-down, bare-bones, Swedish death with a pinch of hardcore to taste. It delivers that delicious chainsaw tone, effectively channeling the undead spirit of Dismember and Entombed through a batch of ingenious riffs, gruff roars, and grisly solos. Addictive as hell! 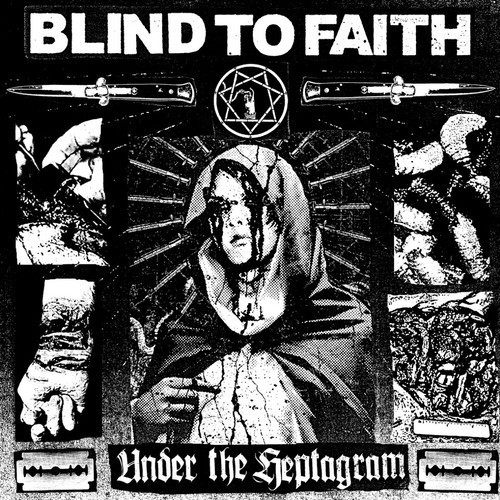 While I’m thoroughly coated in the corroded crust of that old-school guitar tone, let me turn next to Belgium’s Blind To Faith. They’ve got a new 12″ named Under The Heptagram that’s due for release on A389 Recordings on October 31 (pre-order here). Tight To the Nail recently premiered a track from the new release named “Burial of Mankind”, and I also found the title track streaming on Bandcamp. Both songs administer a ferocious ass-kicking.

The music is a marriage of d-beat crust, hardcore, and Swedish death — a bit of Discharge, a bit of Entombed, a bunch of catchy hooks, and a shitload of vein-bursting vocal hostility. Check out both songs below. 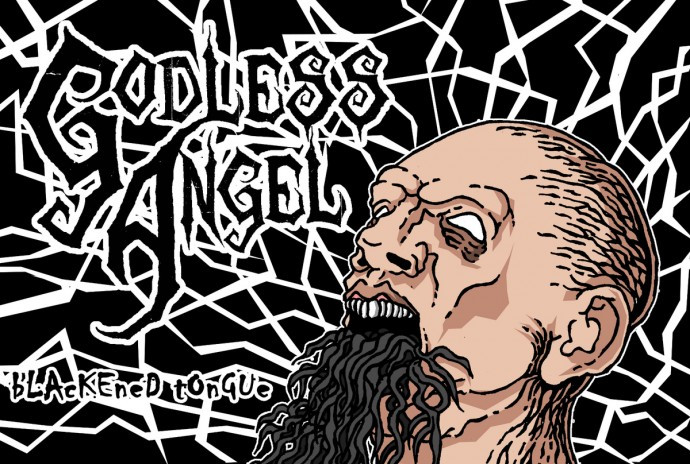 Over the last year, friend of the site Derek Neibarger has been creating music under the name Godless Angel, and since the spring he has been uploading them to Bandcamp for pay-what-you-want download. Last month he collected the first year’s worth of songs into an album named Year One (which you can stream and download at this location). But he has already started on the project’s next chapter with a new song named “Blackened Tongue”.

I’ve really been enjoying what Godless Angel is putting out, but I think “Blackened Tongue” may be the best song yet. The languid guitar intro is sublime, but of course it turns out to be a misdirection as the song begins to unleash a bunch of punchy riffs and bile-retching vocals. The gem in the heart of the song, though, is the very cool guitar solo — I would have been quite happy to hear it go on for a lot longer. Catchy melody and cool outro, too. 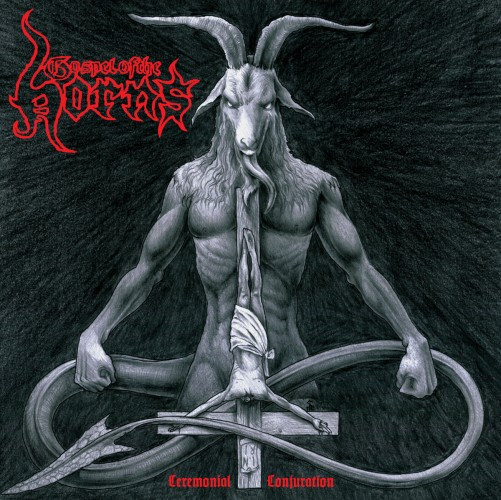 And to wrap up this round-up, I wanted to quickly make you aware of a few new appearances on Bandcamp (or at least new to me). These are releases that we’ve written about before, but they weren’t available for Bandcamp download when we first sang their praises. I’m just going to list them, along with the links; as you’ll see, the first three all come from Invictus Productions. If you haven’t heard the music before, now’s your chance. (thanks to Vonlughlio for the tip about the first two)

TRIBULATION – THE FORMULAS OF DEATH
http://invictusproductions666.bandcamp.com/album/the-formulas-of-death

BASTARD FEAST – FEAR IN A HANDFUL OF DUST
http://bastardfeast.bandcamp.com/
(the band are now offering one of the album tracks — “A Howling Wind” — as a free download).