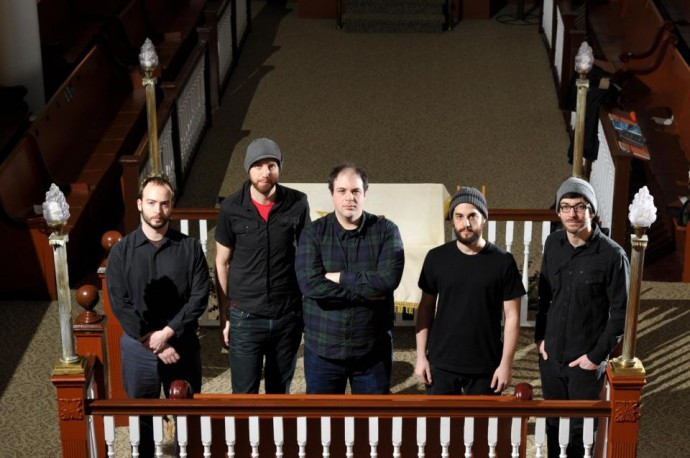 I’m on the tail end of that four-day retreat I mentioned yesterday, still largely metal-deprived, and with a long plane flight home looming on the horizon. But I hate to let a day go by without posting something. Yesterday I put up some videos from an unusual Japanese band. So I thought, in keeping with the theme, that I ought to look for something equally off the beaten path. And my wishes were answered.

I happened to see a link posted by a Facebook friend to a recent interview that Kim Kelly conducted with trombonist Dan Blackberg about his band Deveykus. They’re a Hasidic doom metal band. I thought, fuck yeah, that sounds way off the beaten path. In the interview, Blackberg explained:

“The music we make is based on traditional Hasidic wordless melodies called nigunim (or nign in the singular) that are meant to be sung over and over again until your spirit either reaches some transcendent state, or your vocal chords give out. Hasidic culture, like a lot of cultures based around religious fundamentalism, has a ton of totally fucked up things about it, and then some seriously amazing music! One of the great traits of the culture is that they put singing these melodies above praying as a way to get your spirit lifted towards some divine energy. I can get behind that. Another great thing they do is appropriate all kinds of music with the excuse that they’re “reclaiming some divine spark in the melodies.” I think it’s great to turn that around and “reclaim” these melodies that almost no one outside of that world would ever hear for everyone!” 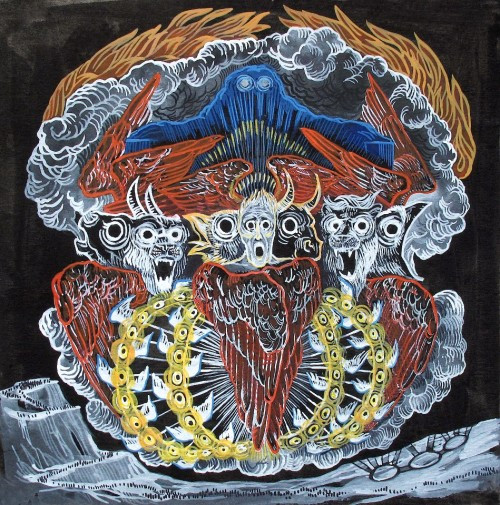 I thought the interview was fascinating, from beginning to end. I read it before listening to any music. And then I started in on a video of the band performing their debut album, Pillar Without Mercy, at Johnny Brenda’s in Philadelphia this past summer. I was mesmerized by what I heard. Part of the attraction lies in the sound of the trombone, which in this music sounds like it was made to be a doom instrument. And I found the slow, mournful, dirge-like melodies entrancing.

The performance also includes some inspired freakazoidical guitar work, which led me in search of the band’s line-up and the discovery that Nick Millevoi is one of the guitarists. I reviewed his fascinating solo album In White Sky almost one year ago, but didn’t know about his involvement in Deveykus. That reinforced my desire to write this post.

I haven’t finished listening to the entire album, because I’m about to leave for the airport. But I’ve listened to the first half of it, and I’m sold — literally so, because I’ve just downloaded the album from Amazon. Airplane listening.

Check out the live video below. Hope you dig this as much as I do.

Pillar Without Mercy was released by a label called Tzadik and can be ordered here.