Sweden’s Blood Mortized are back with a new album, and as you might guess from that album cover, they’re not fucking around. However, as you might not guess from that cover art, there’s a lot more going on in The Demon, The Angel, The Disease than maniacal serial killers and a big unholy whiff of cemetery rot.

The resurgence of Swedish-style death metal in the blood line of Grave-Dismember-Entombed proves the adage that, in time, everything old is new again. But frequently the new releases in this vein just sound old, old and tired, even to people like me who are addicted to this style. It’s not enough to simply capture the tone and the atmosphere. Make no mistake, you do need that, but you need more to make a great album that will put smiles on the faces of the hellish faithful and cause them to slobber in ghoulish glee. I’ll tell you how Blood Mortized have pulled off that trick.

We begin with the essentials. The production job on the album (by Linus Nirbrant of Sweden’s This Ending) makes it sound absolutely massive, not too murky or raw but still corroded and corrosive. When heard at the proper volume (i.e., the level that will leave you with tinnitus for days), the music is overwhelmingly powerful. The drums (performed by Norway’s Brynjar Helgetum) go off like cannon volleys, like nearby thunder, like heavy caliber machine guns on full auto. And listening to the guitars and bass, tuned low and deep and shrouded in distortion, is like being trapped inside a giant chainsaw or a titanic tunnel boring machine. Like these things: 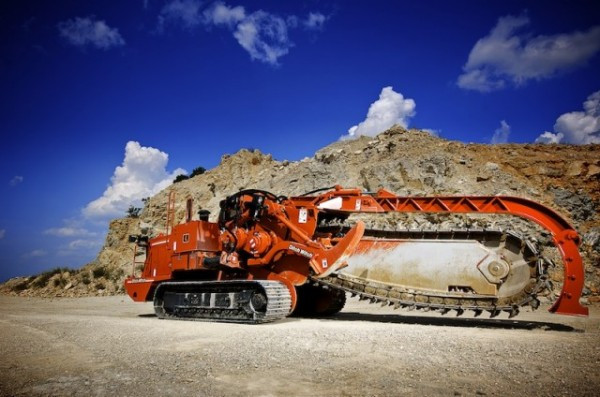 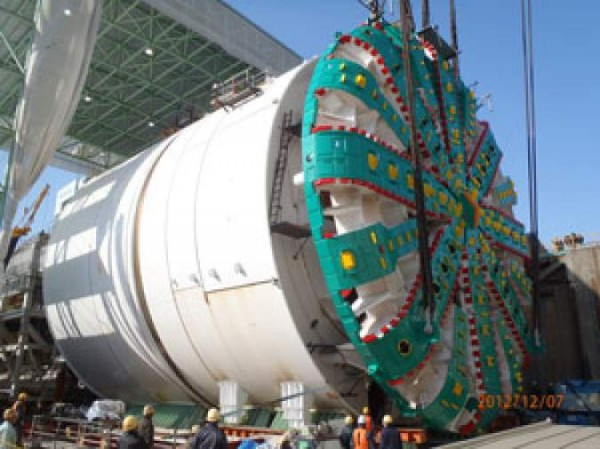 When guitarists Anders Biazzi and Gustav Myrin are doing their thing, the music is flooded with huge walls of industrial-strength grinding noise, spine-snapping freight train chugging, or the kind of tremolo drilling that generates sympathetic resonance deep down in your guts. It’s thoroughly head-wrecking. If you’re a true fan of old school Swedish death, you need this tone and technique, but your body will still not be ready. All your frailties will be revealed. (P.S.  I had the benefit of listening to the .wav masters of the songs, and I strongly recommend getting this album in the best-quality format you can find — it’s worth it.)

But even achieving such a near-perfect sound isn’t enough. You need tasty riffs, and man, is this album loaded with them. You listen to hell-king headbangers like “My Soul, Your Flesh” and “Master of Pain” and you’ll need a neck brace the rest of the week. The grooves are simply unstoppable. And when the music drops from hard-charging assaults into groaning crawls (see “Noiseterror 08”, for example), you’ll be flattened like a pancake.

But you still want something more, and Blood Mortized deliver again. Embedded throughout the album are an array of compelling melodic hooks delivered by lead guitar refrains that range from the slithering and serpentine to the haunting and ghostly. Those melodies create an almost stately, dramatic aura of bleakness around tracks such as “I Am the Dead” and the title track (which also benefits from the atmosphere created by the tolling of a bell and the shimmer of organ notes), and the album closer “Leave With Hate” (which ventures into melodic death metal territory) achieves near-anthemic status with reverberating guitar arpeggios that will get stuck in your head for days on end.

The songs on this album are not all of equal quality, but there’s not one weak one to be found. There’s no point at which monotony begins to set in, no temptation to press the off button and move on to something else. It’s just too damned much fun and too varied in its approach to leave the listener with attention deficit disorder. You can look far and wide and you won’t find a better offering of old school Swedish death metal this year than The Demon, The Angel, The Disease.

The Demon, The Angel, The Disease will be released soon by Chaos Records. Once we have release details, we’ll update this post to provide them. Below you’ll find the album’s opening track, “Bastard”.

UPDATE: The album is now available on Bandcamp — here.

8 Responses to “BLOOD MORTIZED: “THE DEMON, THE ANGEL, THE DISEASE””