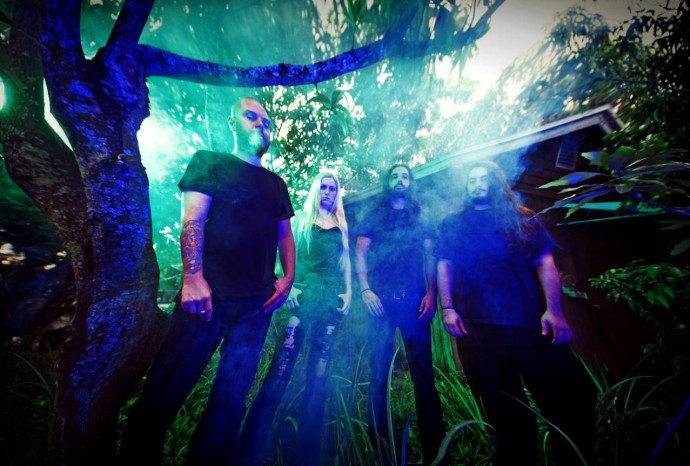 R:  Absolutely! To be honest even Mike didn’t fully grasp the intent at first. Once we recorded the demo he got it… Lots of people would just give me this blank stare as I was showing them the material.  But I figured this would be the case. So I did what I could to find people who came from different musical backgrounds. 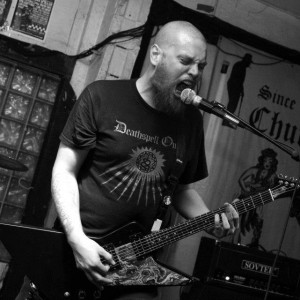 K:  Where did the ideas to fuse these elements together come from?  Are your musical influences vastly different than most other people who played in or would listen to Hate Eternal or Gigan (bands that you and Sally Gates both played in prior to this)?

R:  Maybe different from the people who would listen to those bands….but no. All of the members of both bands mentioned have very vast and eclectic tastes in music.

My music tastes and direction are pretty much the sum of all my experiences in my lifetime. And I generally don’t categorize too much… So I guess the fusion is just a result of creating what I would like to hear.

Since birth I was surrounded by music of all types. My entire family was very big into music, my grandfather, father, sister, uncles, and aunt were all musicians…and my mother, grandmothers, etc, were all big fans of music. So I was encouraged and supported early on.

K:  People can read my review and listen to the EP right here:

I don’t mean to harp on Gigan/Hate Eternal, since Orbweaver sounds nothing like either of them at the end of the day.  But using those bands, I think it gives the reader at least a ground floor or basic framework of what to sorta expect.  Odd time changes and absolute ferocity, but then taken much much further to not even the next logical or illogical step,  but like 5 steps in all different directions.

R:  Well of course it does. Both bands are very effective in creating an atmosphere, of darkness, hatred, and cruelty in Hate Eternal’s example. Gigan is still quite potent in terms of terror, wonder, and unrestrained exploration.

K:  Strangely enough I was never that big of a fan of either band, yet I’ve latched onto your music like a monkey with a banana.

R:  Well thank you for the kind words. But I do encourage you to give another listen to both bands.

K:  Oh, it’s not that I loathe those bands, but they were always missing a certain something for me.  They were just maybe too one dimensional or overriding in what they did.  I am a huuuuuge Ripping Corpse fan though, so that’s gotta count for something. 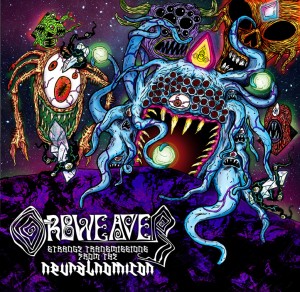 K:  The EP has been out for 3 months now, what’s the reaction been like?

R:  Really, really excellent actually.  The overall reaction has been generally one of positive confusion. Lots of people are trying to describe how we sound in abstract terms, and I like that. Another general statement is drugs.

The people who “get it” like it for the proper reasons, and the people who don’t like it are repelled for equally good reasons.

K:  You’ve received some good words from well known and/or respected places like:  Decibel Magazine, Invisible Oranges and Metal Sucks, yet Metal Archives has you blacklisted and calls it “mathcore”.  Does any of that come as a shock?

R:  Not really.  The mathcore thing does confuse me, only because I don’t really know what mathecore is. Algebra-influenced breakdowns?

K:  Generally they use DEP as one of the main innovators or leading examples of “mathcore”.

R:  Oh. Good band….don’t think we sound like them. But I love the EP they did with Mike Patton.

K:  I know musicians generally don’t like to pigeon-hole their music, but I’m gonna ask you anyways.  Describe what you are doing, what you plan to do or change?

R:  I think a blanket statement would be to say we play a noisy, quirky, creepy type of music. I don’t feel music in terms of black metal, death metal, doom, or whatever. More in terms of images, moods, atmosphere. I can say that I think that our sound changes on a song-to-song basis….and our new music continues this. I can’t say exactly where we are going because I don’t know….we write pretty democratically, and we are pretty early into the new cycle…but trust me…it’s out there.

K:  If you had to recommend 1 song off the EP for people to check out, which one would it be and why?

K:  I’m partial to “Tragic Orbit” myself.  I love the catchy, trippy weirdness of it, the way it’s juxtaposed against the rest of the song.

R:  But there is so much more than that. It’s kind of like trying to narrow down Alice in Wonderland.

K:  Which now reminds me.  I’d be remiss if I did’t mention the mid-section of “Tragic Orbit”.  I initially thought that kooky sound was a theremin.  But then I saw a live video of Sally playing that part on the guitar.  Am I losing my mind?

R:  Not at all….it is Sally playing that on a guitar. We like making our instruments sound like other instruments from time to time. Even if we employ the actual instruments themselves at some point, like we do with theremins and synths. I’d say about 95% percent of the sounds are from the guitars and bass though. 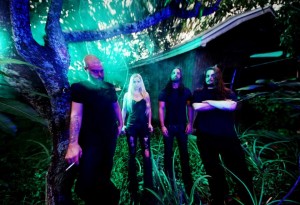 K:  I’ve been very interested in the theremin as of late, mainly due to the Australian band, Heirs & Sheldon Cooper of The Big Bang Theory.

R:  Never checked that out….but a killer modern master would be Dorit Chrysler from the New York Theremin Society.  Clara Rockmore is my all-time favorite though.

R:  Well, we have a tour in the early planning stages. Can’t say too much about that yet. We are planning on recording the next record sometime in the middle of the year, and there is a very cool compilation that we will be writing a song for.  Again, its very early in the planning, but it will be a 20+ minute piece dedicated to the one who came before…