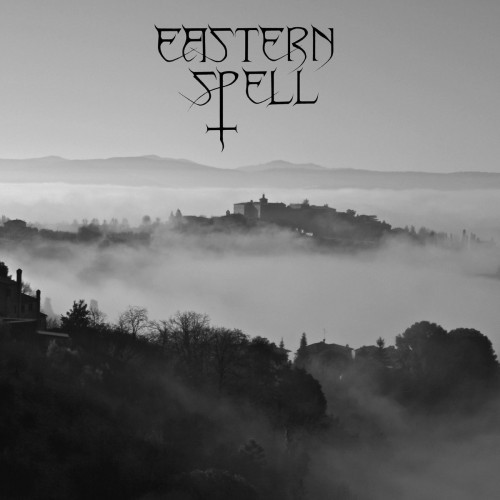 Eastern Spell are a group of hairy, doomy dudes from Portland, Maine. Earlier this year they released a single via Bandcamp entitled Entraced, and about two weeks ago they also released a video for the song. Eastern Spell bring the misery with seismic resonance. It’s slow, pulverizing music, with burly riffs, agonized, gravel-throated vocals, and a drummer who sounds like he’s trying to drive his kit straight into the ground. Deep into the 11-minute song, the band briefly rumble into more animated life, and there’s a surprising (and beautiful) acoustic finish to the song, but in the main this is suffocating sludge/doom — done very well.

Both the video (which is worth watching) and the Bandcamp stream are below. Eastern Spell proved to be a fine way to start to this MISCELLANY excursion. 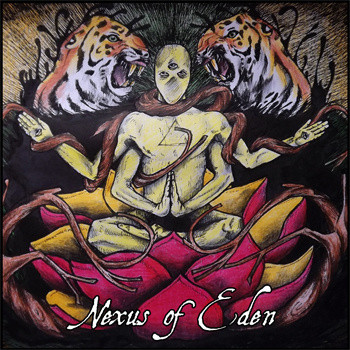 Hybrid Reality are from the town of Mohács in Hungary. Over the weekend they self-released a new, free EP on Bandcamp by the name of Nexus of Eden. It includes five songs, and I listened to the first two — “Wings of Grace” and “Purgathory”. “Wings of Grace” sets the melodic hook early and then proceeds to hammer away hard, with the beatdown leavened with interludes of echoing guitar work. “Purgathory” spins a similar contrast, juxtaposing shimmering guitar arpeggios against jackhammer rhythms and earthshaking bass drops, with effective keyboard flourishes.

The basic metalcore style is quite familiar (with straight hardcore howls instead of clean singing on these tracks, thank you very much), but I enjoyed what I heard. 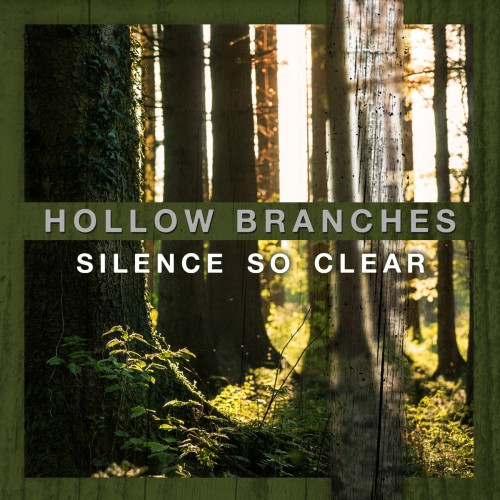 Hollow Branches is the musical project of Robert Osgood from Portland, Oregon, and Marius Sjøli from Oslo, Norway. They self-released two EPs in 2009 and a single in 2012 and they’ve now completed recording of four songs for a new EP entitled The Hum. They plan to release each of the songs one at a time between now and the end of the year. The first one, “Silence So Clear”, is now up on Bandcamp (along with the rest of their releases). I decided to listen to it mainly because Robert Osgood wrote an interesting guest post for us about a year ago (“On Downloads, Compression Rates, and Album Artwork”).

The song turns out to be off on a tangent from our usual course, with a drifting, dreamlike melody and subdued, clean vocals. The layering of acoustic and electric guitar and what almost sounds like a mellotron (though it could be a guitar effect) give the song an entrancing ambience. Not metal, but worth a listen. 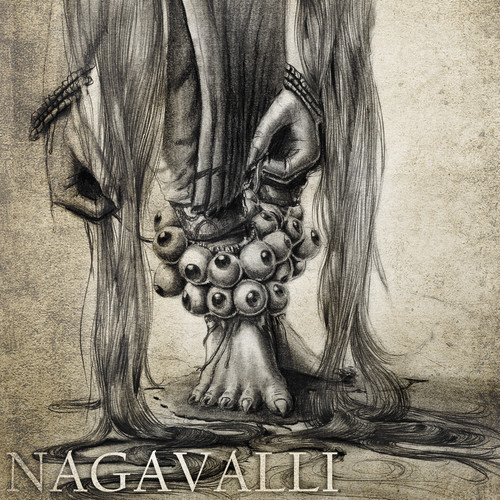 Next we come to this six-piece group from Bangalore, India, who call themselves The Down Troddence. They’ve just released for streaming a new single called “Nagavalli”, which will appear on their upcoming debut album How Are You? We Are Fine. Thank You!. According to the band, “The song articulates a suppressed woman’s rage and how she assumes her universal form symbolified by the famous character, ‘Naagavalli’ in the movie Manichithrathazhu. The artwork depicts Naagavalli in her true form, collecting eyes of male chauvinists who deserve to be punished.”

Speaking of the artwork, it’s quite good, don’t you think? And so is the song. It’s like Gojira visited the sub-continent and came back with ethnic melodies in their head. But the song includes much more than the kind of booming groove riffs that put Gojira in my head, including a lot of blazing, darting fretwork and eerie, flowing guitar melodies that sway like a charmed cobra. And the subject matter of the song just makes it all the sweeter in my book. Good stuff! 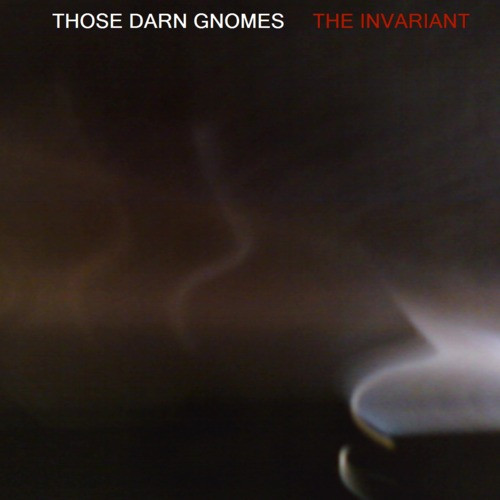 Those Darn Gnomes are from San Diego, CA. They sent us a link to a song named “Blacklip” that will appear on their debut album The Invariant, which will be released on some future day by Dipsomaniac Records. They also advised that “you can go bald from having an iron deficiency”.

“Blacklip” is hands down the strangest song investigated on this MISCELLANY excursion. Over the course of its 10+ minute length, it delivers cosmic ambience; experimental tech-death with a jazz-fusion core; alien-sounding funk; foul, gargling vocals and soulful clean ones. It’s also unusual in that the principal instruments are the bass and drums, with the bass tone moving from warm to distorted (though I suppose I could be hearing a really low-tuned guitar in places where I thought the sound was coming from a bass).

I don’t know what genre label to summon up for this eccentric music, but I listened to it three times in a row, which I guess says something about how oddly captivating I found it. Given how unpredictably varied this MISCELLANY session turned out to be, it was almost made to order as a way to finish the trip. Here’s “Blacklip”:

17 Responses to “MISCELLANY NO. 62: EASTERN SPELL, HYBRID REALITY, HOLLOW BRANCHES, THE DOWN TRODDENCE, THOSE DARN GNOMES”