Collected here are new songs I heard yesterday that are way off all the usual beaten paths. I have no idea whether you’ll like them, but I sure did. The bands are Cleric (Philadelphia), Phuture Doom (Detroit), and Gates of Aaru (Johannesburg).

There are two bands named Cleric who we’ve written about in the past. The one I want to talk about today is the one from Philadelphia, the one whose 2010 album Regressions I once described as “something like Portal, Blackjazz-vintage Shining, and Behold… the Arctopus communing in a hurricane. During an earthquake.” The fact that the instruments used on the album included the saz, the tenori-on, and the theremin had something to do with my general “what the fuck?!?” attitude about the music.

Cleric are now on tour (check the dates here) and will soon be in Seattle (hell yeah), and today DECIBEL started streaming a new Cleric work named “Resumption”. That’s a fitting title for the song, because Cleric have more or less picked up where Regressions left off three years ago. The song is almost 12 minutes long, and it comes off as a free-form storm of instrumental acrobatics, highly unstable tempos, and throat-rupturing vocals. It jabs like a welterweight, hallucinates like an opium addict, and somersaults like a high-wire acrobat.

The song has an almost improvisational quality, so wildly creative is the band’s harnessing of progressive metal, jazz, hardcore, avant-garde, and other things that don’t have a name yet. It’s crushing and it’s whimsical, ominous and unhinged, doomy and demented. Go HERE to listen. 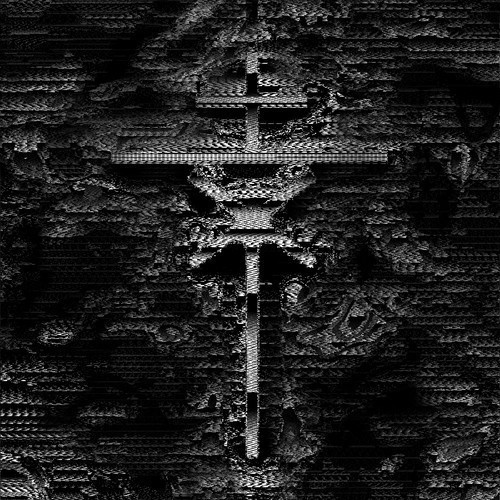 This next song requires a bit of  a build-up. On most mornings, my wife likes to play music as soon as she wakes up, which is usually way before the ass crack of dawn. Yesterday she started blasting this song, which is a re-working of Darude’s “Sandstorm” by a group named Tunnel Alliance. I hadn’t heard the song in ages. Woke me the fuck up.

My wife thought the song was the one that was playing during the dance club scene in the movie Basic Instinct. It wasn’t, though there are similarities. That song was “Rave the Rhythm” by Channel X. 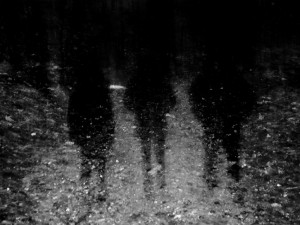 I know you’re wondering where the fuck I’m going with this. Well, I’m going to Phuture Doom, a Detroit band whose self-titled debut album was released on November 5 by OWSLA. Yesterday DECIBEL began streaming the entire album, and I listened to most of it. You’ll find out soon why it was such a weird coincidence — because what Phuture Doom have done is mix hardstyle trance and dubstep with black metal. And I’m a sucker for what they’ve done — and not just because my wife briefly revived the dormant techno part of my brain.

But you know what? The song I went back to even more often than the ones that define Phuture Doom’s sound is the album’s first track, “La Grande Messe Noir”, which is an introductory number and sounds nothing like what I’ve just described. It’s a distorted baritone chant set against the sweep of choral voices and the warbling shimmer of keyboards. I haven’t yet been able to articulate why I like it so much (maybe it’s because it has more of a black metal aura, without using a single blast beat or tremolo run), but I think you should hear it.

And of course I think you should also hear “Burn the Knowledge” and “Black Acid Rain”, just to get enough of a taste to see if this might be your kind of thing. You should check out their trippy official site too.

Of course, if you have no use for techno, you’re not going to have the patience for this, because it’s deep in that vein — with blast beats and the trilling of tremolo melody stitched on like extra limbs. But hey, there’s only one way to find out for sure. 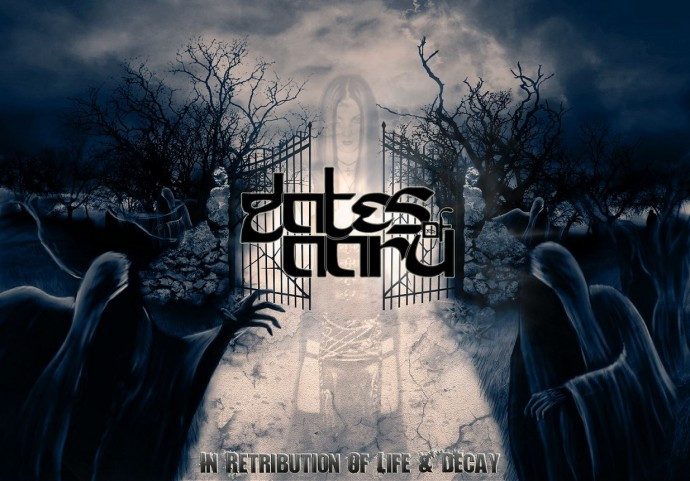 The final song in this collection is one I discovered through a Facebook post by Metal4Africa, which in turn led to a feature on that site about a new song by a two-man band from Johannesburg, South Africa, named Gates of Aaru. The song is “Welcome To the New Dawn” and it’s the first advance track for the band’s debut EP In Retribution of Life and Decay, which is projected for release in January 2014.

The song is a riveting, ripping, bombastic pageant of symphonic black metal. It’s hooky as hell, it booms with convulsive beats and slashing riffs, and it’s loaded with excellent vocals that range from raw howls to deep roars to choral proclamations. It sure as hell made me sit up and take notice.

I’m going to embed the YouTube clip of “Welcome To the New Dawn” below, but the band have also made the song available for free download at this location.