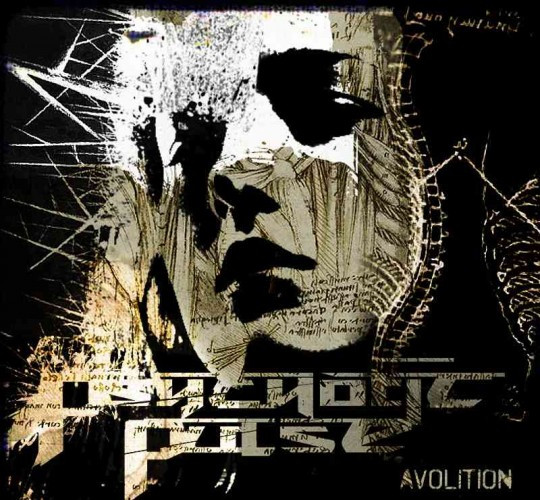 (DGR reviews the latest EP by Psychotic Pulse from Toronto.)

Psychotic Pulse were initially brought to my attention by their drummer, who was (and is) the proprietor of a project known as Tyrant Of Death. The group had just released their self-titled debut earlier this year, and to no surprise it turned out really, really well. They manifested themselves as a hybrid of industrial, groove, and death metal that strode atop shrieking vocals with many a heavy section that triggered near instantaneous headbanging. I thought the Psychotic Pulse self-titled disc was great.

Psychotic Pulse have the industrialized, machine-like sound hardwired into their system. They’re precise as can be and nail every beat almost perfectly, with enough machine noise and electronics filtered into their sound to bring to mind the apocalypse via The Terminator; metal by way of Skynet, with the machines making as much cacophonous noise as they can unleash as a form of psychological warfare. 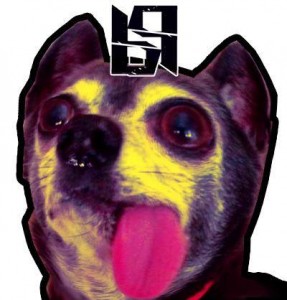 Their latest release, Avolition, which also hit earlier this year, was initially meant to represent the band as a picture of where they are now, not at the time when their self-titled debut was recorded. However, in the time between the EP’s release and us finally getting around to it, the band split ways with vocalist Nathan Bales, who I had thought was incredibly distinct in the crowd of so many bands who use mid- to low-range vocalists; a guy whose vocals stayed as a high shriek seemed exciting. The band have replaced him with a vocalist known as Angry Dave. I haven’t had the chance to hear him yet,  but I place full faith in the band to have hired someone very good to take over the job.

The group stated that they got hard to work on this EP soon after they released their self-titled, so it isn’t too shocking when you turn it on and you essentially get more Psychotic Pulse, but there is enough stretching and shifting within their sound to signal that the band are willing to be brave and try something different.

Avolition as a whole sounds more like the band gave drummer Alex Rise greater rein to contribute to the overall sound. On their first disc, he was content to function as an ultra-precise battering ram, whipping out one roll and gallop after another. Avolition, however, shows more of his work slowly creeping into the Psychotic Pulse formula. Notably: the usage of electronics has started to come to the forefront, distorting the vocals to a static and clipped degree, and at other times, you’ll notice the long, dissonant guitar notes that I’ve long related to much of Tyrant Of Death’s later works. It seems like now he is not only behind the kit and beating it to a pulp, but also contributing more on the distorted electronics front as well, in essence magnifying the industrial aspect of Psychotic Pulse’s chosen genre descriptor.

The guitar parts kicked out by Wes MacDonald and fellow guitarist Will Warford seem more angular on Avolition, suggesting something of a breakdown within the machine in terms of sound. The grooves thrash about more violently than before, and things punch harder than on the ultra-precise self-titled release.

“Decompression” serves as the intro song for Avolition and it sets a different tone than the Psychotic Pulse debut. For one, the song’s opening riff is defined by some heavy as hell effects work and it is also a slower-moving song. If you approach this release as a bonus, you’ll note that the riffs on Avolition feel beefier than they were before. Psychotic Pulse excelled at being a precise and accurate disc, and Avolition feels dirtier and more distorted. Part of it may be the opening of “Decompression” and its burying of the main riff in some serious flange work. Much of Avolition follows this pattern though, the riffs being far more grooved out and willing to get a slower head nod going.

“4.4.2” features a stuttering guitar riff that feels like it was written by a typewriter, but constantly gallops forward, bending notes during its chorus and verging as close to a breakdown as Pulse have gotten yet.

“Eradicate” is probably the personal highlight, getting as close to being an industrialized death metal sound as they’ve gotten as well. It’s a little longer and has some room to breathe, but it also includes one of the parts that really helps define Avolition — and that is the moment when the blasts come in and the group inflict full-blown death metal after each chugging measure. Each song on Avolition has a moment or two when Psychotic Pulse become a death metal group, and those are the absolute best on this disc. It’s just that “Eradicate” seems to be overflowing with such moments and therefore takes the trophy home, with its reign as the champ cemented the moment when the solo comes in, tossing in that extra bit of flair and the tiniest smidge of cheese as the song falls apart at its end.

In the end though, Avolition occupies a weird space. It exists as both a monument to a previous line-up and a picture of things to come from the group, both of which are promising. As a snapshot, it shows Psychotic Pulse coming off of an absolute high, demonstrating that, creatively, the band are capable of hammering out some deafening and thick songs and are also willing to distort things so that they aren’t as blade-sharp as they were beforehand. Avolition serves as a really great bonus to people who boarded the Psychotic Pulse train this year; if you tack this EP onto the end of their debut, you actually have a really, really strong full-length disc, as they slot in alongside each other rather well — though you’ll notice a difference in tone, as the band experiment with guitar effects more on Avolition.

As a picture of the future though, Avolition is even more promising. In the three songs on this EP the band go far heavier than they did on Psychotic Pulse. It shows that they could shift from the more groove-focused riffs to straightforward death metal, and it reveals that they excel in creating blast-fueled bombing runs. It is there that everything clicks. When the electronic distortion, the long and dissonant notes, the heavier and quick guitar playing, the blasting on the drums, and the shrieking of the vocals combine during the segments where things get death metal heavy, that is where you start to experience more than just the music. You see the end by way of Skynet. You see the drones circling overhead, you hear the bombs falling. Avolition is the soundtrack for that apocalypse, created by a band who have matured to reach a new high. Whatever these guys do beyond their current re-recording efforts with their new vocalist Angry Dave will be something to watch.

As of right now the band are asking $7 CAD for the EP, but that may be in part a signal that there is a new version of the EP on the way with new vocals on top, since they initially gave the EP away for free.

One Response to “SHORT BUT SWEET: PSYCHOTIC PULSE — “AVOLITION””