You really can’t accuse this site of being too narrow-minded, despite that thing about no clean singing, which we obviously don’t mean literally these days. We cast a wide net for our metal, catching all manner of shiny fish from a multitude of genres. But today I thought I’d feature new songs and videos I’ve come across in recent days that are outside even our expansive boundaries, or at least on the fringes. Before I mix my metaphors any further, let’s get to it:

Ocelot Omelet are a Seattle band whose music is difficult to describe. At one point they termed their sound “pseudo-retro tele-gothic psycho-hippie filth-punk”. Based on their first album, 2011’s Elliptical Optusion, that’s really not a bad description, as difficult as it may be to grapple with as an abstract concept. But based on their most recent recording, I think they’ll have to work the word “metal” into it some way.

Earlier this year, Ocelot Omelet recorded a new three-song EP by the name of Present In the Dark, with the legendary Jack Endino handling the engineering work. Two versions were mastered, one for vinyl and one for digital, and the band have now successfully completed a kickstarter campaign to finance pressing of the EP on 180 gram vinyl. I heard some of this new material performed live last summer, and I left with a severe case of headbanger’s neck.

In recent days the band have installed one of the new songs on their Bandcamp page. In keeping with their egg-breaking, brain-scrambling motif, the song’s title is “Out of the Frying Pan and Into Another Frying Pan”. It blends spacey, ethereal, squalling lead guitar workouts with a fuzzed-out, rumbling low end and spine-rattling percussion. Austin LaVere’s excellent wailing, echoing vocals are impassioned and too gritty to be pretty (thankfully).

The song is psychedelic, it’s occult, it’s dynamic, it’s heavy, and I like it a lot. It can be downloaded for a buck on Bandcamp right now. Listen below. 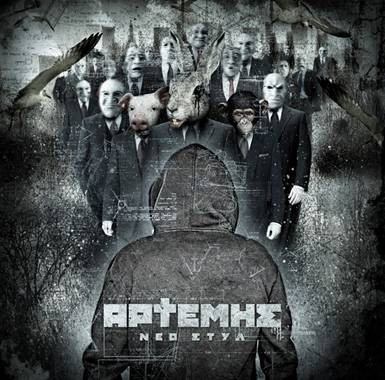 Artemis is a Greek rapper who first made an impact in his native country all the way back in the mid-90s through a group called Terror X Crew. Tardive Dyskinesia are a group of metallic brain twisters from Greece who I’ve been following and enjoying since the early days of this site. Put them together and what do you get? You’re about to find out, because Artemis and TD have collaborated on a new song and video, the name of which is “Nεο Στυλ”. The recording is one of three versions of the song that appears on a new Artemis single.

I’m not well-versed in hip-hop (pun intended), but I’ve never heard anything as tongue-twistingly fast as what Artemis does on this song. And along with his turbocharged, jet-fueled rhymes, TD brings a phalanx of beefy, jolting riffs and blistering drum work (along with vocal collaboration in the chorus). There’s inevitably a nu-metal vibe to this track, which is a bad word in some vocabularies, but man, I’m sure enjoying this thing. Check it out: 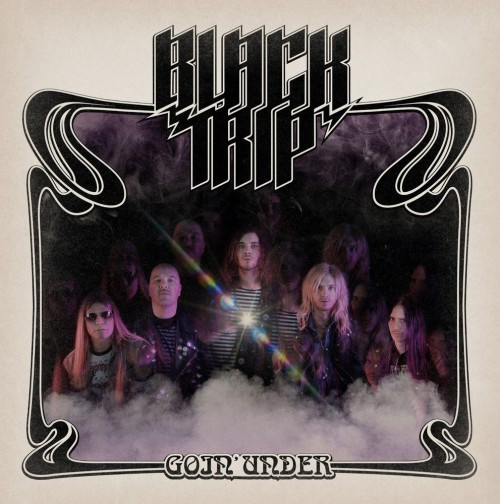 I investigated the next song because of the metal pedigrees of this Swedish band’s members: Black Trip’s line-up includes former members of such bands as Nifelheim, Entombed, Dismember, and Exhumed, as well as two current members of Enforcer. They recorded a demo in 2012, and last month their debut album Goin’ Under was released by Threeman Recordings and Playground Music. The song from the new album featured here is “Radar”.

It’s a real throw-back, with a lot of Thin Lizzy and a bit of NWOBHM in the vibe. The vocals are excellent, the hooks are memorable, the soloing catches the spirit of the age. It’s retro as fuck, but I’m digging it. So strap on your bullet belts, crack open a beer, and get ready to rock.