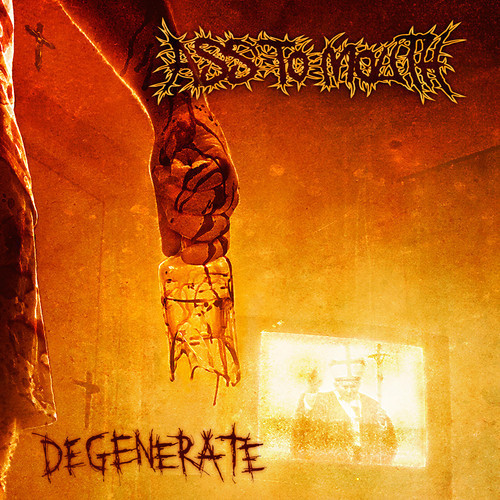 I don’t know about you, but I had a great weekend — stupendous live metal on Friday night, a kickass birthday party on Saturday night (not my birthday, but still kickass), and watching the Seahawks stomp the snot out of the Vikings yesterday. I really wasn’t ready for it to end, but Monday has arrived whether I want it to or not (and to be clear, I don’t want it to). There’s really only one way to dive into the cesspool of a new work week, and that’s with ass to mouth.

Hang on a second. Let me try that again, because I forgot to add capital letters the first time.

Fuck. I meant I can’t get enough Ass To Mouth. I’ll be getting a lot more ass to mouth in the near future because their second album, Degenerate, will be released by Selfmadegod Records in February 2014. Last night the label began streaming the first advance track from Degenerate, and man, it’s hell on wheels. 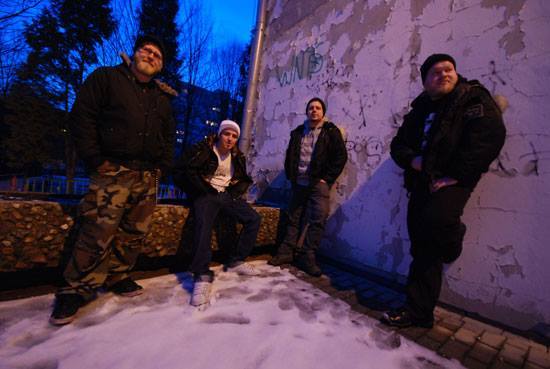 “Under the Razor’s Edge” is fast and furious, a goddamn swarm of riled-up riff hornets with a high-low vocal tandem that sounds like a recording of someone whose hair has just been set on fire while a really big dog is trying to chew through his leg. But the song has more than blazing energy and a delicious guitar tone. It also delivers whopping big grooves and off-the-chain drumming. And speaking of tone, how about that snare drum!

Ass To Mouth have more chops than a well-stocked butcher’s shop. I’ve listened to this song about 10 times in a row and I’m now ready to face this Monday with ass to mouth.

Shit.  I mean, I’m now ready to face this Monday with Ass To Mouth.

5 Responses to “ASS TO MOUTH: “UNDER THE RAZOR’S EDGE””