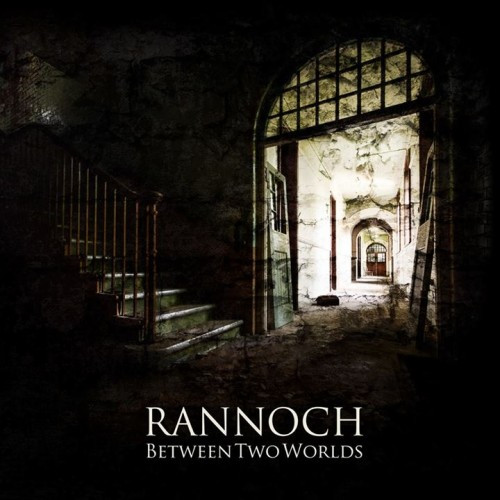 Rannoch’s Between Two Worlds blew my mind in every one of these ways, and more.

Do you like Darkane? Opeth? In-Quest? Ihsahn? Bands who take the traditional weapons of heavy metal warfare and stretch them to their breaking point, and beyond? Are you looking for a band capable of melding devastating groove, mesmerising 8-string acrobatics, fluid, rumbling bass lines, and progressive nuance into one cohesive whole?

Then this is the album for you. 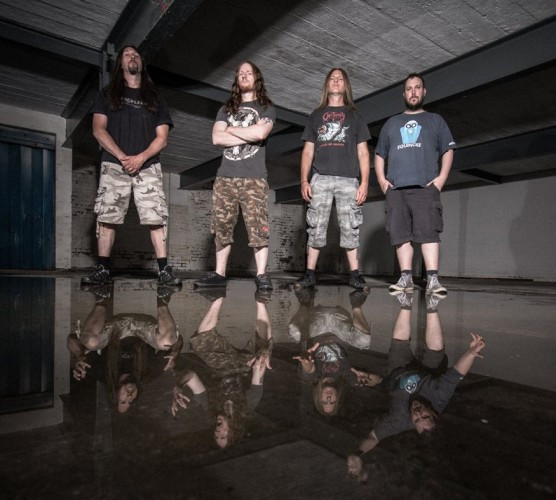 Between Two Worlds is a near-perfect title for the album, straddling as it does the twin dimensions of angular, technical death metal and haunted, progressive darkness.

The way in which the album melds these two, almost competing, styles is nothing short of spectacular. Sometimes it moves smoothly from one into the other, transitioning from cybernetically tight metallic aggression to dark and haunted melodic artistry. At others it dances nimbly back and forth between the two, shifting direction with impeccable precision and enviable grace. Often the synthesis of styles is so seamless it’s impossible to tell where the death metal ends and the prog metal begins!

This theme of duality extends to the album as a whole, manifesting not just in the microcosm of each song, but in the way that the entire composition is structured, as a “virtual vinyl”, possessing a distinct A side and B side, each its own ebb and flow, separate, yet unified, effortlessly contributing to the greater whole.

The frantic “Age of the Locust” kicks things off with a mind-bending display of calculated aggression, assaulting the listener with a barrage of piston-powered punishment and scathing, blackened ferocity. It’s the perfect opener, showcasing the band at their finest, yet not quite tipping their entire hand. The vocals are a cathartic howl of fury, the drums a metronomic battering ram of force, while the guitars – taking full advantage of their extended 8-string range – switch from atomising groove to spiralling, Schuldiner-esque melody with fluid unpredictability.

This is followed by “Will to Power”, which melds grinding chaospheric grooves to a claustrophobic sense of atmosphere, pounding and pummelling with impeccable precision and impregnable power, completing the utterly devastating opening salvo started by its predecessor.

Things open up with “The Forgotten”. Though it begins as a truly ferocious piece of cyborganic death metal violence, it soon blossoms into a darkly melodic tapestry of mournful acoustics and forlorn, clean-sung vocals, building towards a dizzying solo section. A return to the aural antagonism of the song’s early bars provides a fresh shot of adrenaline, driving relentlessly towards its dramatic conclusion, collapsing into waves of gloomy ambience over which a single portentous voice (provided by Mr. Hal Sinden, of Talanas fame) intones the words of William Wordsworth’s “A Poison Tree”. 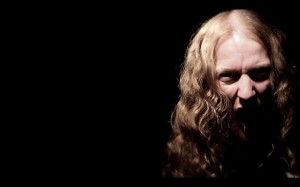 It’s no surprise that Rannoch have recently signed to Eulogy Media, home of perennial NCS faves Talanas, as both bands share a flair for the dramatic and a penchant for restrained technical exhibitionism (yet never at the expense of the song itself). “Faith” is a perfect example, intertwining gargantuan gallows-chords and gut-wrenching death growls with angelic clean vocals and hypnotic lead guitar work. It also functions as a prime display of the album’s dichotomous nature – musically, vocally, and lyrically – engaged as it is in a constant battle between darkness and light.

The band win major points with me for having the good taste to title the last song on Side A “The Navidson Record” – a reference to the eminently terrifying “House of Leaves” by Mark Z. Danielewski. The song’s shadowy, labyrinthine structure and stomping, relentless pace – all brutal chuggery and writhing 8-string riff contortions – take the listener on a chaotic and unsettling journey into madness, broken up by interjections of sublime acoustic guitar, nimble tapped melodic refrains, and phantom passages of anguished clean vocals.

Side B takes a slightly different approach than the first side of the album, clearly designed to push the boundaries of song-writing and composition even further than the complex melding of styles and structures which we’ve already witnessed.

It begins with the ghostly dissonant introduction/interlude of “Hallways”, before unveiling the climactic triptych of “Between Two Worlds”, a near-30 minute piece of music, split into three lengthy songs which each comprise one “movement” of the greater composition (itself embedded seamlessly within the totality of the album as a whole).

“Part 1. The Fire” is a progressive death metal odyssey of bleak acoustic artistry and desolate clean vocals, heaving low-end riffage and biting death growls, passages of lithe, progressive guitar work and explosions of dizzying fretboard fireworks, all twisted together in a madman’s concoction of elegant excess. It’s a fantastic piece in and of itself, and really shows what can be achieved by challenging the limitations of conventional song-writing and structure.

Yet it’s not to be considered in isolation. Its chilling final bars lead effortlessly into the whirling instrumental strains of “Part 2. The Path”. Over the course of the piece the band unveil almost every instrumental trick in their arsenal, displaying their well-honed technical skills and progressive creativity with unashamed abandon. 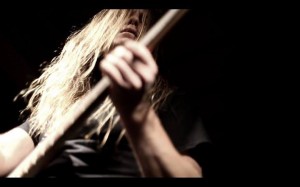 Yet for all its shameless verve and vigour it’s not simply an excuse for the quartet to show-off their abilities for no good reason. Rather it demonstrates their ability to craft and to tell a story using a purely musical palette of sounds and textures, without relying on the more overt messages carried by the timbre and emotion of lyrics and vocals.

Its final bars of smoothly plucked acoustic strings lead the listener into the clacking bass and chopping chords of “Part 3. The Lodge”, the album’s titanic final track. This is where it all comes together, a make-or-break attempt to fuse art and ambition, power and progression, ability and aggression, in one glorious display of both style and substance.

Largely instrumental – the vocals rearing their impressively ugly and guttural head only periodically in order to provide a welcome spike of unfettered rage and fury – it displays the band’s passion and progressive leanings at their most expansive and expressive. Possessing a crushing, almost unholy heaviness in places, it is also at times patient and pensive in demeanour, fusing these disparate elements in a manner that breathes fresh life into the well-worn dichotomy of beauty and brutality which the metal genre has so long explored.

This is a truly stunning debut. Superfluously skilled, terrifyingly talented. Captivatingly composed and perfectly performed. It’s a near masterpiece of progressive death metal that pays tributes to its predecessors whilst defining its own clear sense of identity, bridging the gap between two worlds – the old, and the new, the modern and the classic, the artful and the antagonistic.

It truly is an album which only gets more and more intriguing with each listen. Such is the depth and subtlety at play beneath its devastating, overwhelming power that slowly peeling back these hidden layers of creativity and complexity is a reward into itself.

One of the finest and most welcome surprises of the year.

Between Two Worlds will be released on November 28 (William Blake’s birthday) by Eulogy Media. Below you can watch and hear the first single from the album, “The Forgotten”, and that track can also be downloaded for free at Bandcamp. Stalk Rannoch on Facebook here.

7 Responses to “RANNOCH: “BETWEEN TWO WORLDS””