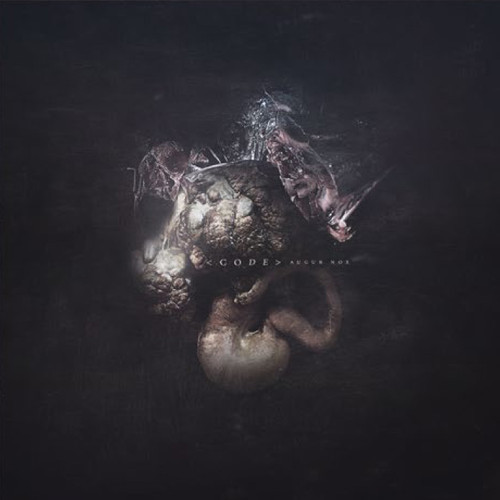 (We hit the trifecta in this post — BadWolf provides an overview of the new album by <code>, an interview of the band’s guitarist/songwriter Aort, and a full stream of the album.)

Augur Nox, the new album by international outfit <code>, is a gift—as in, I was not expecting it, and 2013’s crop of albums is richer for it.

The last time <code> released an album, 2009’s excellent Resplendent Grotesque, it was up for a Spellemann award (Norway’s equivalent to a Grammy), and rightfully so: That record is a roller coaster of dark moods and powerful guitar work, one that pushed the boundaries of what I considered “normal” for a progressive black metal album at that time.

And then, nothing. <code> parted ways with vocalist Khovst, who has a particular talent for high-pitched screeches as well as super-creepy clean singing. Khvost has gone on to work with many other not-particularly-metal-but-still-super-creepy projects, such as folk outfit Hexvessel, and goth rock band Beastmilk (the new Beastmilk LP is pretty fun, as well).

As for Aort… not a peep. Apparently he spent that time searching for a vocalist who could actually compete with Khvost, as well as writing the material that would become Augur Nox. The wait seems to have paid off—the new <code> frontman, Wacian, suits the band perfectly. 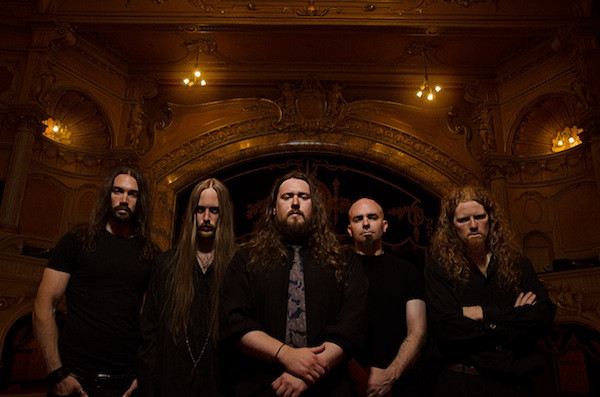 As for the record itself, Augur Nox is a darker, more obscure album than its predecessor. Aort grabs the listener’s throat right from the start and barely loosens his grip—the first calm moment in the record comes at the end of “The Lazarus Chord,” over halfway through the album. The guitars blend the diminished chord clusters one expects from a black metal album with more progressive—sometimes a little djenty—riff styles. Overtop that, new bassist Syhr lays down jazzy bass lines that snap-and-pop with a percussive, almost-elastic tone, the only bright part of an otherwise dark mix. Clearly all the musicians in <code> are technical wunderkinds, but the songs on Augur Nox never feel as though they’re showboating.

Augur Nox is a headphones record, but not the sort that compels the listener to sit and contemplate. Rather, the music is about anticipation and payoff, dynamics, and most of all a sense of high drama. Wacian’s vocals—mostly clean and vaudevillian—sit in the middle of the mix, half buried, compelling the listener to listen carefully, and dissect the layers of instrumentation around them. Listeners who feel the new Ihsahn record is too wimpy might take solace in Augur Nox. The songs actually feel as though they’re going somewhere, unlike a lot of so-called progressive black metal these days.

I exchanged a quick email with Aort about the surprising success of Augur Nox, and the possibility of seeing <code> live, and he had this to say:

Obviously, it’s been four years since the last <code> album—what went on during that gap that prolonged, or shortened, the wait between <code> albums?

<code> has never really enjoyed the benefits of a solid line up until the release of the second album.  The problem came to a head after the release of that album when the misalignment of what we each wanted from the band and the constant problems of having the band members spread across the four corners of Europe became unmanageable.  There was a point when I had to make the decision of whether to end <code> or start afresh with the material I already had written.  I decided to take the long route and start again to try and make <code> be the band I knew it could be.  It took a long time to find the right band members as I didn’t want to settle for the first people that jumped.  I think the wait and effort was worthwhile from my perspective.

<code>’s music is quite technically complex—what is the creative process behind writing a <code> song, or album?

The aspect of songwriting I enjoy the most is to take the basic riff and add layer upon layer to add ambiguity to the music.  This album in particular is very melodically dense and that has the benefit of both allowing the singer to pick one of a multitude of possible melodies and also means that the listener will have the opportunity to hear more with each listen.  A guitar layer can twist and turn the feel of a song in really interesting ways, and when more and more is added that can really stretch what is able to be perceived and, in turn, the number of ways that the song can be enjoyed.  Each member of the band adds their own twist to the songs which helps develop the character of the music further.  It is like concocting a potion in may ways.

Augur Nox strikes me as a bit of a meaner record than Resplendent Grotesque. Obviously that’s subjective, but do you feel that’s so? If not, how would you compare the album to its predecessor?

I think it is possibly a less upfront and in your face album than Resplendent Grotesque but it does have a very insidious character which works it’s way into you over the course of its duration.  It is probably less immediate but it has a lot more depth and I think there is more to discover.  I think it is a tougher listen and will need more time to weave its charm but I hope that the perseverance will be repaid with sweet fruits.

The biggest change to the <code> lineup on Augur Nox has to be the addition of Wacian on vocals. Please tell me the story of how he came to be the vocalist in <code>.

Finding a replacement for Kvohst was a huge challenge and one that I had doubts that I would ever achieve.  It is a tough job to sing for this band both technically and in terms of writing and making the music your own, so it wasn’t just about singing ability, but also the skills to move the band forward and not simply re-tread old ground.  I basically spent months on end searching videos of bands of all different genres, which took a lot of imagination to hear the possibility of how someone may work in <code>.  Eventually I found Wacian, who had spent years in the alternative metal genre. I new he was the man for the job and thankfully he agreed.

<code>’s members have historically been spread around Northern Europe, which must make practicing difficult. Has that situation changed? If not, how does <code> rehearse?

That situation is thankfully long gone.  It was a source of constant stress and logistical issues.  We are all now based within 20 miles of each other, so we rehearse regularly, and it made the writing and recording a much more interactive experience.  We are hopeful that this will help us be slightly more prolific.

<code> doesn’t play out live very often, and I’ve never heard of a <code> show in America. Is there any possibility that <code> could play a few US dates? Under what circumstances?

We certainly hope that we will be playing live more now that we have a line-up which can make this happen.  We want 2014 to be a very strong year for us in terms of live appearances.  With regards to the USA, well if the right opportunity came along, then we would be there for sure.  I particularly would love to play in the states as I have always enjoyed the times I have spent there.  It is difficult to make the finances work, but hopefully this new album will give us the chance to make it happen.  We hope to see you on the road sometime soon….

EDITOR’S NOTE: Augur Nox will be released on November 19 in Europe and the UK and on November 26 in North America via Agonia Records, and a limited cassette version (with download codes) is being distributed by Haintic. AND it’s already available for download on Bandcamp (here). You can find <code> on Facebook via this link. Here’s a full stream of the new album, followed by an official music video just released today.