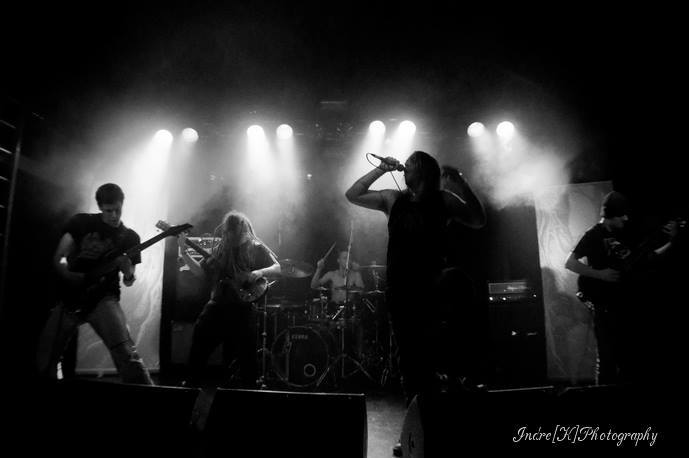 (Andy Synn wrote this post. Your humble editor picked the photos. Andy is in them, somewhere.)

So not only has it recently been the 4th anniversary for NCS, but apparently my own 3-year anniversary as a writer for the site came and went without me noticing.

Now, that’s not too surprising, since I can’t remember much of what happened six months ago, let alone three years, but I feel like the occasion deserves some acknowledgement from me anyway.

I don’t remember exactly how I came across the site, but clearly I liked what I found, and decided to stick around for a while. A long while. Perhaps Islander’s biggest regret will one day be that he failed to get rid of me while he had the chance! 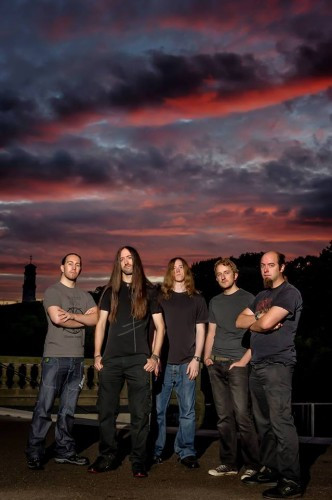 My recollections of my early days with the site are rather fuzzy. I remember sending Islander a fair few things here and there – news stories, album/band recommendations, etc – before eventually taking it upon myself to write a few guest posts. Somewhere along the way I graduated from “irritating guest” to “member of the establishment”. I’m not sure if it was even ever acknowledged explicitly. Certainly no virgins were sacrificed or effigies burned in order to mark my initiation.

But still, here I am. The longest serving writer for the site who isn’t a headless enigma.

Over the years this site has come to mean a lot to me. It’s a place for me to express myself, to share my thoughts and feelings with a like-minded (if somewhat disparate) community. It’s a place where I can offer up my recommendations and voice my inspirations, somewhere I can promote bands I love who might otherwise never gain the exposure that NCS gives to them. And that’s something I don’t take for granted. This site is an opportunity to me, in so many ways, and everything about it is incredibly rewarding.

Not only have I made it my mission to bring bands to the attention of our readers who might otherwise have been overlooked (often through the medium of my beloved Synn Report), but I’ve had just as many bands – both new and old – brought to my attention through comments, recommendations, and pieces written by the other writers.

My time with NCS has definitely helped me hone my writing style and find my “voice”. The platform it gives me for my writing – be it reviews or opinion pieces, long-form columns like The Synn Report, or shorter, snappier bits like Reviews In Haikus – is wide-ranging, and reaches a lot of people. I know of others who would kill for a similar opportunity, and I remain endlessly grateful for all that I have here.

Though none of us gets paid for writing here, the intangible benefits are fantastic. Not only do I get to hear albums long before they’re released to the general public, but I’ve also been granted press access to numerous shows and festivals, and been able to talk with and interview bands and artists from all across the metal genre.

Through NCS I’ve become friends with members of bands that I’ve been a huge fan of for years, as well as developing relationships with up-and-coming artists who I’m always gratified to see go on to bigger and better things. NCS has repeatedly promoted my bands – Bloodguard and Twilight’s Embrace – in a grand and shameless display of nepotism, and even helped put me in touch with potential guests and touring partners.

Heck, NCS even sponsored one of our tours!

On top of that though it’s the sense of community that’s been built here at NCS which is perhaps the best, and most rewarding, thing about my time here. Quite honestly I’ve made friends that I never would have had the chance to get to know if I hadn’t stumbled upon this site those three long years ago. I’ve met people that I’ve shared an instant and undeniable connection with (they know who they are) and who’ve quite honestly changed my life – some more than others!

Ultimately I’m thankful for every day I get to come to the site, to write and to read, to comment and argue, and just generally enjoy my time here. I truly feel (as we all do here at NCS) a responsibility to both our readers and to the other staff – as well as our benevolent headless overlord – to keep our standards high, and to try to bring the best, the freshest, and the most interesting bands, to the attention of everyone who stumbles upon our little corner of the internet.

Like all of us here, I write because I love to do so. And I write about metal, because I love the music – without caveat or reservation. And as long as bands keep releasing albums and putting on shows that inspire me to do so, I’ll keep on (over)writing for NCS.

I’d just like to close by saying thank you to Islander for bringing me on board. He knows – better than most of the people reading this in fact – just how big an effect being part of NCS has had on my life, from my early days right up until recently. And I would not have it any other way.

Here’s a song from the very first album I reviewed for the site:

4 Responses to “WHERE DOES THE TIME GO?”