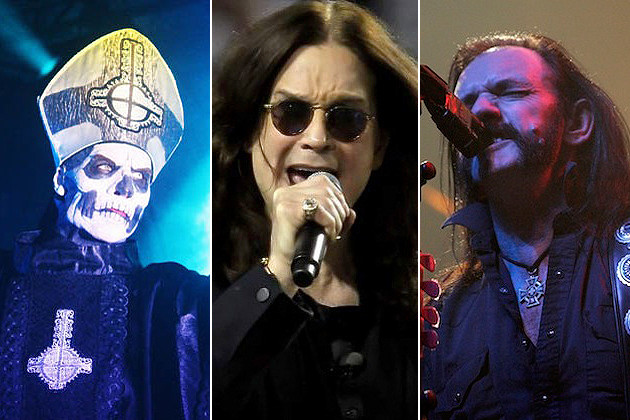 As in past years, while awaiting the rollout of our own series of posts devoted to the year’s best metal, I continue to keep an eye out for year-end lists published by what I call “big platform” web sites — those with web traffic that greatly exceeds even the biggest metal-only sites. By definition, this means they cover music or other forms of entertainment beyond metal. I get a perverse kind of fun watching what they say in their year-end posts, in part because they write for a broader audience that on average is less knowledgable about metal.

Last year I included a year-end metal list by a “big platform” site that wasn’t included in our round-ups for previous years. It’s called Loudwire.com, and it’s the national music website covering active rock and heavy metal of the Townsquare Media Group. Loudwire has over 825,000 Facebook fans and last year it reported that it was receiving more than 1.2 million unique visitors per month.

9.  The Dillinger Escape Plan: “When I Lost My Bet”

7.  Queensrÿche: “Where Dreams Go To Die”

4.  Bring Me the Horizon: “Shadow Moses”

When I see a year-end list like this one, I usually have one and sometimes two immediate reactions. One reaction is to think to myself, “I don’t know if that would be on my own list, but I can understand and respect the choice”, even though I’m also simultaneously thinking about how they compare to my own favorites that missed the cut. The other reaction is to think to myself, “What the fuck is that doing on here?” Which is a shorthand way of saying, “I may not be sure what my own list would look like, but I damned sure know that thing won’t be on it.” I had both reactions when I saw this Loudwire list.

In my case, five of the songs on Loudwire’s line-up happen to be on my own lengthy list of candidates for Most Infectious Extreme Metal Songs of 2013. Doesn’t mean they’ll make the final cut, because my candidate list includes close to 200 songs (!), but I have to respect the choices — and for a big platform site like Loudwire, I have to give an extra measure of respect for putting that Gorguts track on there, and at the No. 2 spot no less.

On the other hand, I’d never even heard four of the songs on the list. I just assumed that choosing “God Is Dead?” and “Where Dreams Go To Die” was some kind of pandering OG worship (or in one case, minor-deity worship), and that “Shadow Moses” was a different kind of pandering (a demographic one). And I just hadn’t gotten around to Protest the Hero — because they’re a band I’ve just never gotten into.

But I listened to all four of those songs for the first time. Having ignored 13 despite some impressive reviews, “God Is Dead?” flat-out floored me. Best metal song of the year? Not for me, and not in the Top 10 either. But a fuckin’ good sludgy, doomy, narcotic song that was way better than I was expecting? Yes indeed. I think I now have to break down and listen to 13.

The Queensrÿche song is by the version of the band that isn’t the one with the embarrassing Geoff Tate. It’s also better than I was expecting, but it’s not my cup of tea, and with due allowance for my own prejudices, I still can’t fathom how anyone would put it on a list of the year’s Top 10 metal songs.

I think I was also right about the Bring Me the Horizon song, too. One of the Top 10 metal songs of 2013? The 4th best song of the year? I’m sorry, but that seems like a blatantly calculated choice, rather than an honest one.

And I’m afraid I still don’t get the attraction of Protest the Hero. I’ll just leave it at that.